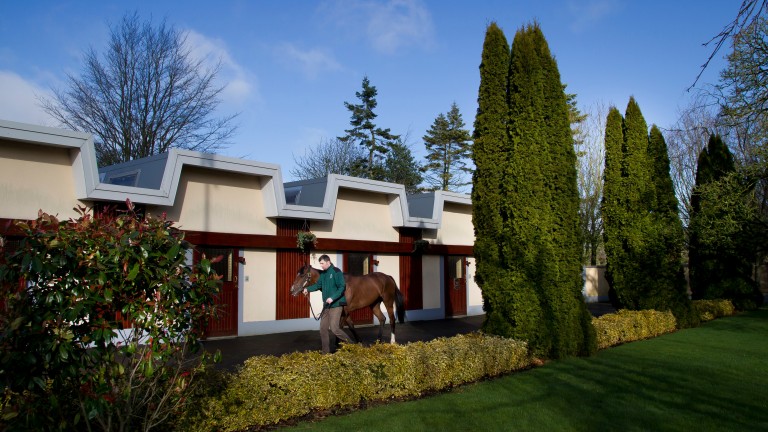 Breeders have been given an added incentive to use Free Eagle during the upcoming breeding season, with the Irish National Stud offering a free return in 2020 to those who send the son of High Chaparral a mare this year.

"When the Irish National Stud purchased Free Eagle, we had great belief that he would become a successful stallion," said the stud's chief executive Cathal Beale. "We have huge confidence in Free Eagle and we want to reward the breeders that share our belief and use the horse in 2019 with a free cover back to him for 2020.

"It's more important than ever to look after our breeders and with the competitive price points across our roster and this new 'Free Eagle, Free Return' scheme we will be doing just that."

The Prince of Wales's Stakes winner, who has been priced at €12,500 for 2019, will have his debut two-year-olds hit the track later this year, and hopes at the stud have been buoyed by some positive sales ring results, with his yearlings fetching up to €400,000.

If you found this story of interest you should also read...

FIRST PUBLISHED 1:39PM, JAN 19 2019
We have huge confidence in Free Eagle and we want to reward the breeders that share our belief