Mehmas filly was an inspired €3,000 purchase by John Nolan 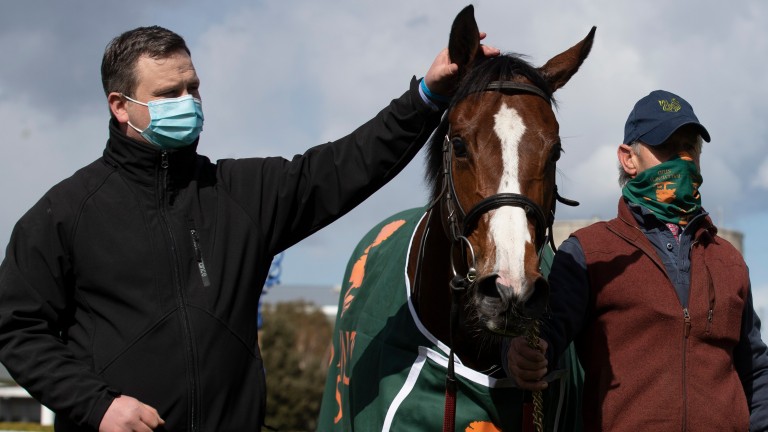 Keeper Of Time, the filly who stole owner John Nolan’s heart when he bought her for just €3,000 and went on to win this month's 1,000 Guineas Trial at Leopardstown at odds of 80-1, has run her last race in Ireland with a deal agreed to sell her on to the United States.

The Group 3 victory was particularly sweet for 62-year-old Nolan, who breaks in horses for the race sponsors Ballylinch Stud, does some pre-training and still rides out at the Curragh, and he has done plenty of the preparatory work with the daughter of Mehmas since picking her up at the Goffs February Sale two years ago.

Bred by the Phelan family out of Italian winner Motheeba, there is quite a bit of US form and blood in her pedigree, as well as her sire proving of interest after stakes wins from Going Global and Quattroelle.

"She’s just about sold now, and she’ll be gone," explained Nolan, who could not disclose the buyer but has been inundated with interest from both owners and sales companies since her Leopardstown win.

"They’re going through 68- and 69-year-olds for the vaccinations, hopefully I’ll have mine soon as I’d like to be on a plane to America to go and see her run. I think she’ll win a Grade 2 pretty quick."

Nolan, father of British-based rider David, is an experienced horseman who used to work for Kevin Prendergast and Jim Bolger, as well as being a jockey with 50 winners, even once beating Lester Piggott in a race in Ireland.

His purchase of Keeper Of Time was almost entirely instinctive.

"I was at Goffs just hanging over the rail, thinking about another horse and she came by with a big white face. She was small, but she just had that look, a real nice depth to her.

"That was February 5, she wasn’t a year old until March 17, more or less still a foal really. Big long mane on her like a mustang, but a real smart little walk about her. 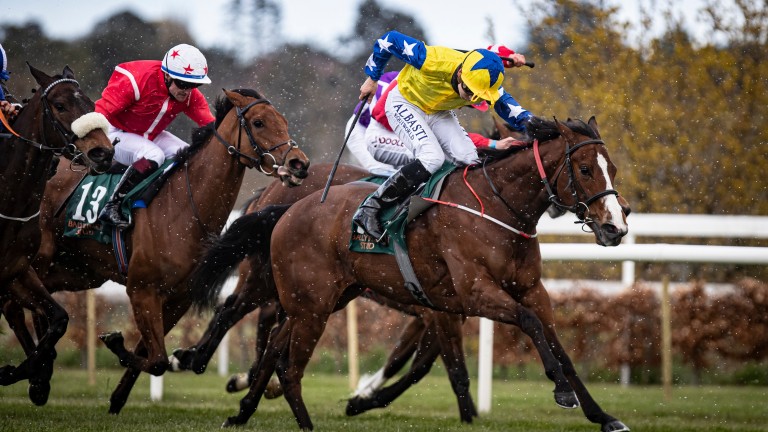 "The breeder rang me that night to thank me. He said, 'She’s going to be very fast, we had four or five colts out in the field, they wouldn’t get near her'."

Nolan had offers for her after Johnny Levins produced her to win a maiden on her third start at Naas. Switched to John Feane for this season, she was an encouraging fifth in the Madrid Handicap before her neck success at Leopardstown.

"After she won her maiden there was a figure on her but no-one really came back about it," said Nolan. "She’s only just over 15’2, people were looking for 15’3 to 16 hands. She wouldn’t have been cheap but it was getting so close to the Leopardstown race, it had been planned for so long, I’m not sure I’d have let her go before then."

Ironically, the horse that she beat by a head, Mehnah, was trained by his old boss.

Nolan said: "I didn’t realise, Kevin was standing beside me watching the big screen in the parade ring and I started jumping at the screen as she came inside the final furlong. Next thing I was going around in circles, I don’t know what I was doing.

"I looked at the screen again and said, 'Sorry Kevin, I just beat you'. He just put the elbow out, 'Well done anyway'. I suppose I felt a little bit guilty, he’d have been a bit gutted, but he’d be happy for me too."

FIRST PUBLISHED 5:15PM, APR 25 2021
I was at Goffs just hanging over the rail, thinking about another horse and she came by with a big white face