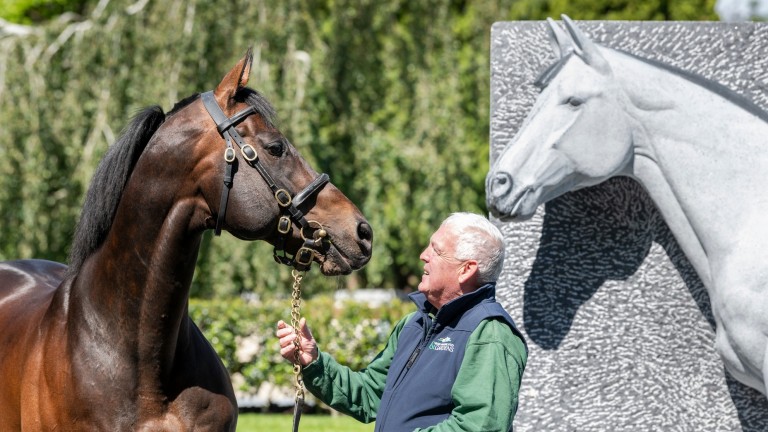 This article was first published in September 2019

You might have thought that Invincible Spirit was one of a kind at the Irish National Stud, the 22-year-old having supplied 18 elite winners, founded a flourishing sire-line and almost single-handedly kept the operation's finances in the black in recent years.

But in fact there are two Invincible Spirits in Tully these days.

That's because the son of Green Desert has been immortalised in a high relief statue hewn from Kilkenny limestone by renowned sculptor Simon Carman. The striking monument is set to be unveiled in a ceremony on Friday.

The piece was the brainchild of former Irish National Stud chief executive John Osborne, Eileen Kavanagh and Gay Brabazon and has taken three years to complete from inception to inauguration.

In a touching gesture, it will be the man who knows Invincible Spirit best – his regular handler Michael 'Daffer' Kelly – along with the stud's stallion manager Paul Croke who will be doing the honours by unveiling the sculpture.

Cathal Beale, who took over the reins of the stud from Osborne two years ago, says: “Most other equine statues are cast from bronze but this started with a 22-ton block of limestone, so it's a unique piece.

“Invincible Spirit emerges out of the limestone, which is a fitting material as it's part of the land that all our horses are reared on. It's not just a beautiful work of art but it's informative and tactile – people can go up to it and touch it.

“You can sense the glint in the horse's eye, imagine the swish of his tail and the feel of his coat. It's there to be interacted with rather than admired from afar.” 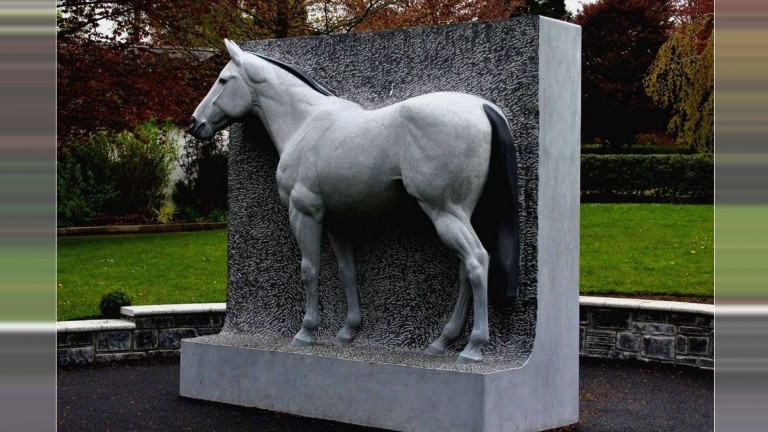 The Invincible Spirit statue is hewn from Kilkenny limestone

Friday's celebration of Invincible Spirit is timely as this year he was represented by his first British Classic winner when Magna Grecia took the 2,000 Guineas, while sons I Am Invincible and Kingman have risen to become two of the world's most in-demand young stallions.

“We've been established since 1946 and stood many high calibre stallions in that time – the likes of Royal Charger, Tulyar, Lord Gayle, Ahonoora and Indian Ridge – but there's only ever been one Invincible Spirit,” says Beale.

“There's no need to go over his life story but he has more than 120 stakes winners and I Am Invincible and Kingman are excelling at stud, so his legacy looks set to continue for years to come.

“He's still in the prime of his health too. He covered 120 mares again this year, with 85 per cent in foal, and the fact that Green Desert was able to service mares when he was 28 and his grandsire Danzig until he was 27 gives us hope that there are many more years in him.”

Long may Invincible Spirit reign, but in his 23rd year thoughts inevitably turn to how the Irish National Stud will manage when he is gone – especially as he is responsible for the lion's share of the operation's stallion income.

Indeed, the stud's annual report for 2018 highlighted that in the context of the breed-shaper's advancing years, “the need to re-invest and to find the successor grows ever stronger”. 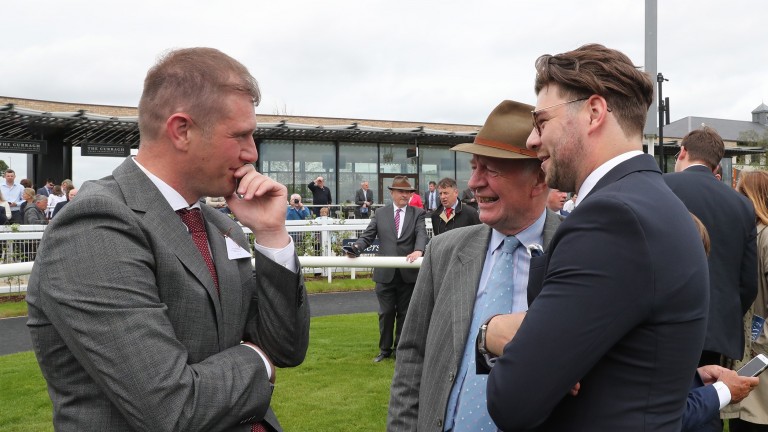 “We've always known that day will come,” says Beale on the subject of life after Invincible Spirit. “But it's not as easy as just saying let's buy another stallion; we've had 80-odd stallions here since 1946 and only had one Invincible Spirit, so he's irreplaceable in a certain sense.

“That said, we've made a huge investment in our stallions and bloodstock, and keep replenishing our broodmare band. Thankfully, we've secured Phoenix Of Spain and sold breeding rights to him, while Free Eagle is going well with his first runners and we also have Decorated Knight and National Defense coming through. Dragon Pulse continues to punch above his weight too.”

The Irish National Stud's most recent bill of health also yielded a clue as to another way in which the operation is preparing to inoculate itself against the loss of revenue that Invincible Spirit's hopefully far-off demise will entail. The annual report toasted a four per cent increase in admissions revenue, with the promise of more paying customers in future thanks to the building of the Irish Racehorse Experience (IRE) on the grounds.

“We've made further significant strides on the tourism side and 2019 looks like being a great year; numbers are going to trade up around ten per cent year on year with around 135,000 visitors coming through the gates,” says Beale.

“Then we will have the huge IRE project coming on stream next year. By diversifying the business into tourism, while maintaining the core of standing stallions and selling yearlings, we hope to be in a position to overcome the inevitable hole Invincible Spirit will create when he goes.”

Beale reveals that IRE will explain the life of a racehorse from birth to retirement and exhibits will allow visitors to handle a whip, don jockeys' silks and try their hand at race-riding on a simulator. They will even be given the chance to experience what it's like being an agent bidding in the sales-ring.

“Tourism allows us to interact with the public on a daily basis,” he says, “and that's something the industry is crying out for: to be able to speak to the person on the street and explain all the great things our industry does.”

The beauty of the Invincible Spirit statue is that as tourism becomes more integral to the Irish National Stud's future, its present breadwinner will be able to contribute to the pot long after his last yearlings go through the ring as visitors flock to see the horse commemorated in an imperishable monument.

Susan Hearn hoping for another box-office success at Doncaster

Peter Ebdon putting his faith in a Dominant stud performance

FIRST PUBLISHED 3:43AM, DEC 30 2019
We've had 80-odd stallions here since 1946 and only had one Invincible Spirit, so he's irreplaceable in a certain sense