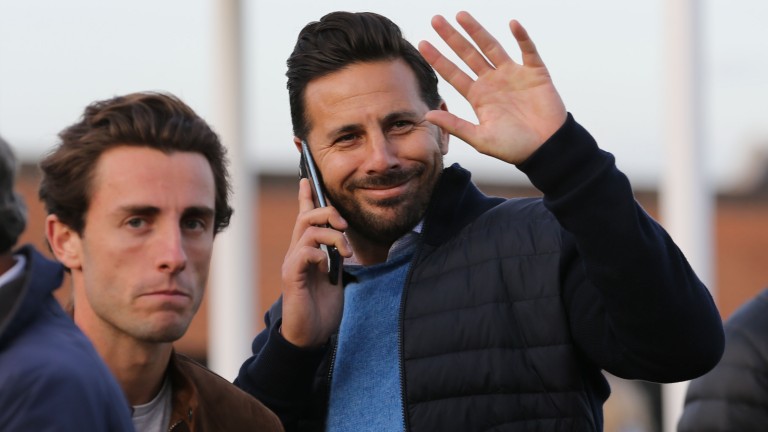 Most of the time during a footballing career at the highest level which spanned three decades, Claudio Pizarro would have been tied up with training during the Tattersalls October Yearling Sale.

Finally retired last year as an icon of the German Bundesliga, the Peruvian striker was able to explore Park Paddocks at his leisure with his adviser Adam Driver, contemplating the direction his interest in owning and breeding racehorses might take in future.

"I couldn’t come so often, now I've more time being retired, but I did come sometimes before when I was here and I really enjoy it," he said. "I’ve bought horses here in the past and had a very nice experience.

"It’s the quality of the horses, they’re the best in the world, you can have a piece of a nice horse, you can breed from them and have a lot of fun on the racetrack as well."

Pizarro was signed by Chelsea in 2007 after a prolific first spell at Bayern Munich and, although he made little impression on the English game and returned to Germany, he was introduced to the country's racing scene.

His filly Raymi Coya, somewhat appropriately sired by Van Nistelrooy, won the Oh So Sharp Stakes for trainer Marco Botti in the year of Pizarro's arrival, and took the Listed Michael Seely Memorial the following season.

He also shared Crying Lightening, who was Group-placed at two and later a winner in Dubai and of the Listed Autumn Stakes at Ascot, with fellow player Joey Barton.

"I wanted to sell all the things there and maybe to bring it here and have some mares here to breed from. 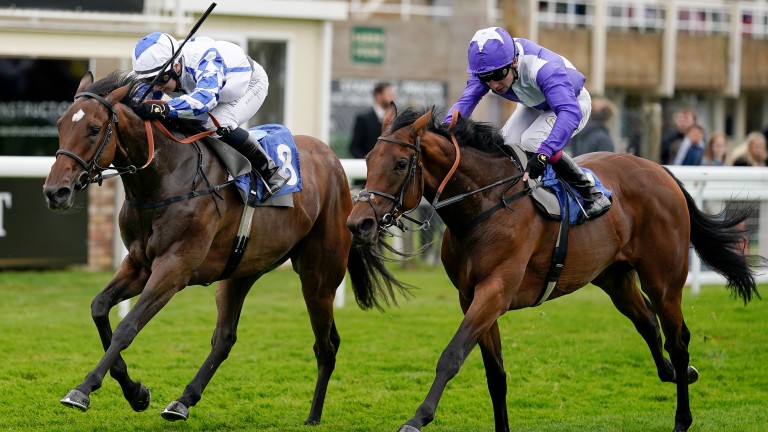 "I've had four here [Newmarket], just now I have one, but I’m watching what I’m going to do; now I have a bit more time and I can be here more. I’m starting to come to learn more about the breeding side here, we’ll see what will happen in the future."

At last Monday's opening session of Book 2, the 43-year-old had an opportunity to catch up with another elite player who is expanding his bloodstock interests.

The Real Madrid right-back Alvaro Odriozola, who is currently on loan at Fiorentina, has horses in training in Spain and in Ireland with Joseph O'Brien, who won a Leopardstown maiden in July for him with Camelot colt Gaheris.

Odriozola made a fleeting visit to Tattersalls and bid himself for a 120,000gns Nathaniel filly out of Chartwell Stakes winner Mix And Mingle, from Deerfield Farm, as a potential broodmare prospect.

The two Champions League winners also had a physical shared interest to discuss.

"We've got a filly with Tom Clover called Thebeautifulgame," Pizarro explained. "That's with Alvaro, Thomas Muller and another friend from Bayern.

"She's raced four times, won once and been second, it's been all right, she's a good filly. Mrs Muller likes dressage and Thomas is more into horseracing - not really 'into', but it’s coming. Maybe he'll be here next year at Ascot, we'll see. I’ll bring him!"

Pizarro also has a pair of unraced juveniles by New Bay and Noble Mission with Botti.

"Claudio was just about my first client when I set up the business," revealed Driver, who buys and manages horses under his Global Equine Group banner.

"Raymi Coya was the first horse he bought in Europe and he's been really successful breeding as well. He bred and sold Space Traveller, who was a very good horse for Clipper Logistics and is now in America, out of a mare he had called Sky Crystal, and he also used to have a lovely Pivotal mare called Sri Kandi, who bred a winner for Mark Johnston called Cupboard Love."

Driver has also helped him to control a few South American stars such as Teamgeist, who moved from Argentina to finish third in the Grade 1 Spinster Stakes at Keeneland, and Morena, a Peruvian mare who switched to the Michael Matz stable and was later dam of 2016 Belmont Stakes winner Creator. His homebred Peruvian champion Muller was fourth in a Dubai World Cup for Saudi Arabian interests.

Pizarro, who seems a breezy and articulate character, still looks as if he would be fit enough to menace the defences of the Bundesliga tomorrow.

He is not only a folk hero at Werder Bremen, where he became the record goalscorer during four separate stints, but is clearly still popular at Bayern Munich, which provided him with a plethora of titles including the Champions League.

"I'm an ambassador at Bayern, working with the sponsors, but I've a bit more time to enjoy the horses now," he said. "We might buy some more but at the moment we’re still just looking."

FIRST PUBLISHED 5:06PM, OCT 17 2021
I’m starting to come to learn more about the breeding side here, we’ll see what will happen in the future