Tipperary farmer has had incredible results from cheaply-bought mare Bratislava 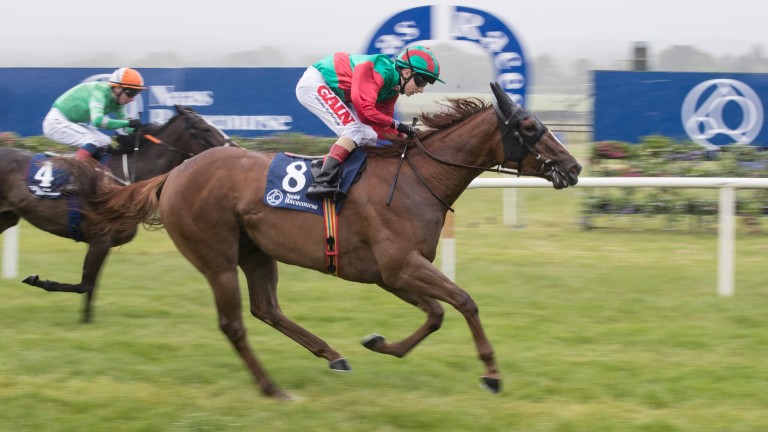 When John Grogan bred his first foal out of maiden mare Bratislava, there was such little interest that he ended up having to get her onto a racecourse himself.

The part-time trainer, full-time dairy farmer, did such a good job in developing Katla into a Group-class sprinter that the rest of her progeny now command six-figure sums and have included half a dozen more winners, the most recent being Jim Bolger's Leopardstown maiden scorer Eaglefield.

"I bought her in Goffs back in 2005 from Lady O'Reilly," explains Grogan of his €8,000 investment in Bratislava, a daughter of Dr Fong.

"She'd run four times - no good - but she was a nice compact filly out of training. I was selling foals previously, I'd had a good sale and always have four or five broodmares around the place.

"The first Katla was by Majestic Missile and a yearling in 2009, it was just at the time of the big economic crash, I couldn't get her into the yearling sales, the companies wouldn't take her, so I said I'd breeze her. I had her in at Goffs in Dundalk, but they called it off then in March."

He continues: "A horse at that time, she had no value, nothing in the first two dams and to put a horse in training at that time, you were probably talking €200 or €300 a week. 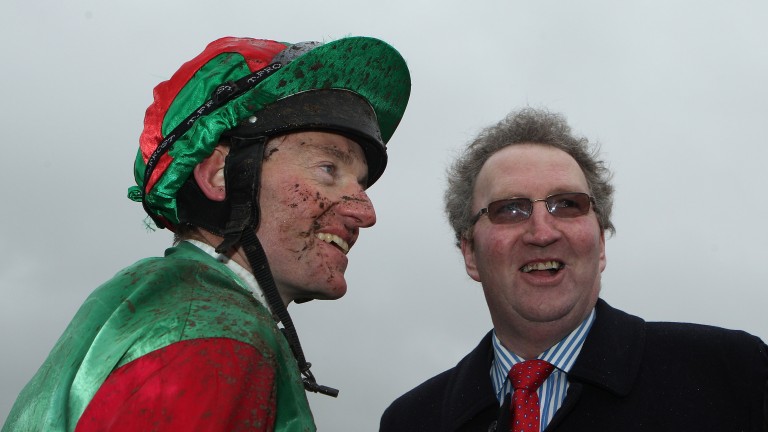 "I offered her in April to probably six or seven trainers for a half-share to train her but none of them would take her on. One trainer rang me back in May and said they would, but she'd have to go to the October horses-in-training sale - I didn't go with that luckily enough."

It was the first of what were about to be a few strokes of good fortune.

"I always had a permit to train, I had trained one winner a few years earlier, but breezers were really what we had, we'd always have one or two riding out," Grogan explains.

"At that time they wouldn't let you train a two-year-old. Funnily enough I was down covering a mare with Joe and Jane Foley at Ballyhane Stud and I was telling them about it.

"Jane had said, 'I think they're changing that rule'. She went off and rang someone while we were having a cup of tea. She came back and said, 'They are changing it, it's going to be released next week', so it transpired that I could train her."

By August, Grogan had won a maiden with Katla and a couple of months later she skipped six lengths clear in the Rockingham Stakes at York. And Bratislava's page was becoming considerably richer with the emergence of a promising-looking half-brother by the name of Wootton Bassett.

"As it turned out - unreal," says Grogan. "Katla won a maiden and three Listed races, was placed in a Group 2. She wasn't that big but she was grand.

"A few years later [half-sister] Rapid Reaction came along, she got a colic about three weeks before the yearling sale, we couldn't sell her then and ended up training her. She was a brilliant mare too, being placed in stakes races including a third in a Group 2 at the Curragh last year.

"She's by Shamardal and we have her in foal to Sea The Stars. Then this horse in Bolger's seems to be a nice horse and has plenty of ability.

"You're kind of wishing your life away with these horses," he adds light-heartedly. "It's always next year and tomorrow."

Grogan is faultlessly modest about his success and offers immediate credit to Christy Ryan, a rider with years of experience at Ballydoyle, who makes whistle-stop journeys into his Cashel farm before heading off to his day job with Coolmore.

"Christy would be the key to the operation, he's been at it all his life," he says. "I'd have them ready on the walker at seven in the morning, he'd be in the place only quarter of an hour and he'd be gone."

Not that the proprietor of the operation is a shirker for rolling up his sleeves. Only this season, Grogan produced Sziget to finish third in the Park Express Stakes before the filly moved to the care of David Bergin, while he expects to have a two-year-old by Galileo Gold running some time in the summer months. 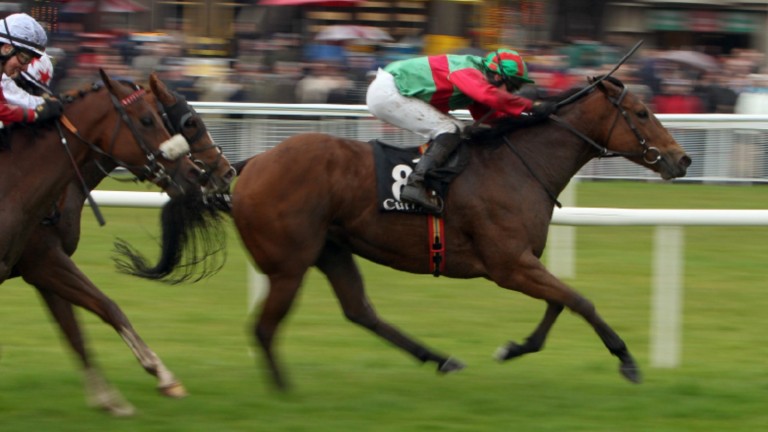 "It's fair old work," he admits, "if you do five mares and you're milking cows as well, you wouldn't be too fresh any time!"

Bratislava's two-year-old by Lope De Vega sold for a decent €150,000 to Harry Sweeney's Paca Paca Farm, while she has a colt foal by Phoenix Of Spain and is to be covered next by Tally-Ho's high-flying Mehmas.

Grogan recognises that a mare bought simply because she caught his eye on looks has taken him a very long way.

"From Majestic Missile to Lope De Vega and Mehmas, and she's had a few Invincible Spirits as well...it opens doors for you when you get a bit of black type," he says.

"If you're into them, it starts off as a hobby but if it goes on well for you, then you can be very lucky. The cows pay the bills, you could meet a mean couple of years with horses and there's no fun in it then.

"You have to have the bread and butter money, it makes life easy, but the horses have been very good to us for the last ten or 15 years."

Firm foundations or falling flat? How the breeze-up season is shaping up so far (£)