Another year, another champion sire title for the all-conquering Galileo 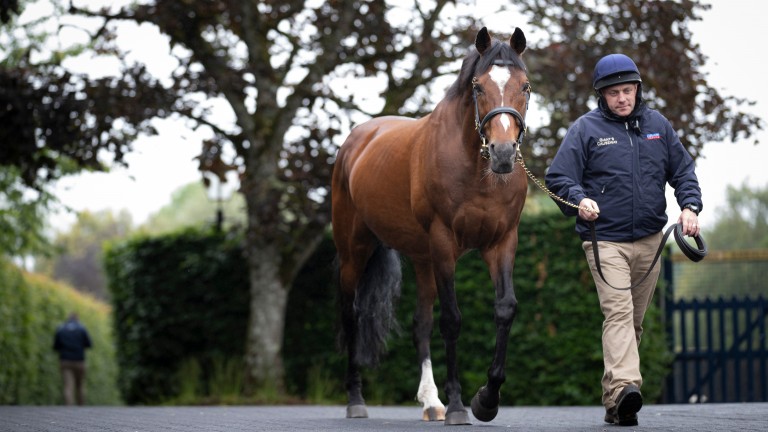 This article was first published in the Racing Post on January 4, 2021

Like the word Blackpool running through the centre of a stick of seaside rock, Galileo's influence was a constant feature during 2020.

That won't come as a huge surprise to those in tune with the ways of the bloodstock world as Galileo has now been champion sire in Britain and Ireland for each of the last 11 years – and 12 of the last 13 having briefly loaned his crown to Danehill Dancer in 2009.

However, even given his own standards of uncommon excellence, the last 12 months rank highly in Galileo's march towards immortality, not least because he passed a number of significant breeding milestones.

He ended last year with his progeny having earned £5,274,968 in prize-money, a haul that is more than double that of Dubawi, who finished runner-up for a fifth time with earnings of £2,456,588.

Galileo's 12th British and Irish sires' championship sees him move within hailing distance of the record set by his own sire, Sadler's Wells, who won 14 titles during a breed-shaping career that many thought they would never see the likes of again. 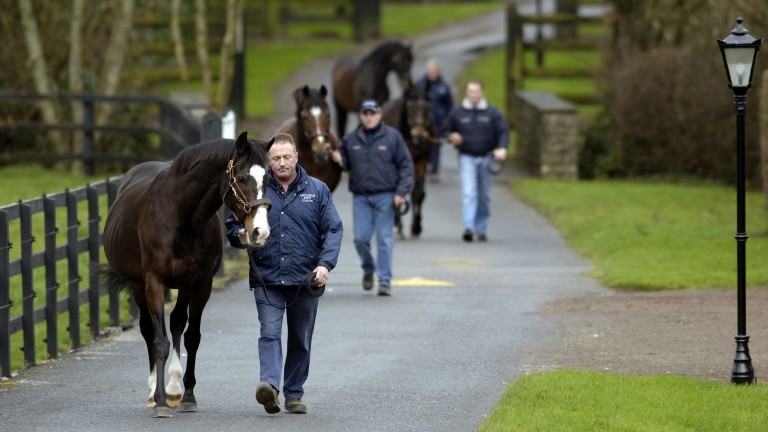 Their exploits have ensured that the leading sire crown has gone to a Coolmore stallion for each of the last 31 years, a run that stretches back to the first of Sadler's Wells' victories in 1990, takes in Caerleon's second title the following year, includes Danehill's hat trick of successes between 2005 and 2007 and, latterly, the Galileo era from 2008 to the present day.

Three horses registered a trio of European Group 1 victories during 2020, and, in a reflection of the dominance he exerts, Galileo duly figured prominently in all three pedigrees.

No horse contributed a greater sum to Galileo's annual progeny prize-money tally than the mighty mare Magical. She was never out of the first three in seven starts throughout 2020 and duly claimed £1,509,184 during a global campaign that not only saw her win three domestic Group 1s – namely the Pretty Polly Stakes, the Tattersalls Gold Cup and the Irish Champion Stakes – but also finish runner-up in the Breeders' Cup Turf and a closing third in the Hong Kong Cup. She rates a most exciting retiree to Coolmore's broodmare band for 2021.

Galileo was also responsible for three-time Group 1 winner Love, who swept the 1,000 Guineas, Oaks and Yorkshire Oaks – as well as the champion three-year-old filly title. Love's Epsom triumph came just over an hour before Serpentine etched Galileo's name into the history books by giving his sire an unprecedented fifth success in the Derby. 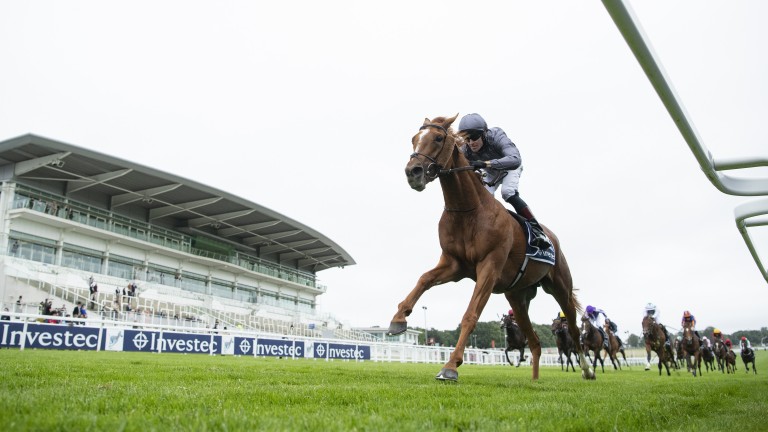 Becoming the winningmost sire of the Turf's blue riband event was not the only record that Galileo claimed outright in 2020, as by that point he had also become the most prolific sire of Group/Grade 1 winners in history when Peaceful became his 85th elite-level scorer in the Irish 1,000 Guineas in June.

That success saw Galileo wrest the title from his former studmate Danehill. It had looked inevitable that Galileo would claim Danehill's Group/Grade 1 crown in 2020, having equalled the record on November 9, 2019 when Magic Wand landed the Mackinnon Stakes at Flemington.

Moreover, Galileo's domination of 2020 was not merely confined to the success of his own runners as he also claimed his maiden champion broodmare sire crown. His daughters were responsible for 144 winners (36 per cent strike-rate) in Britain and Ireland, among which were 17 stakes scorers who contributed to earnings of £3,539,753. 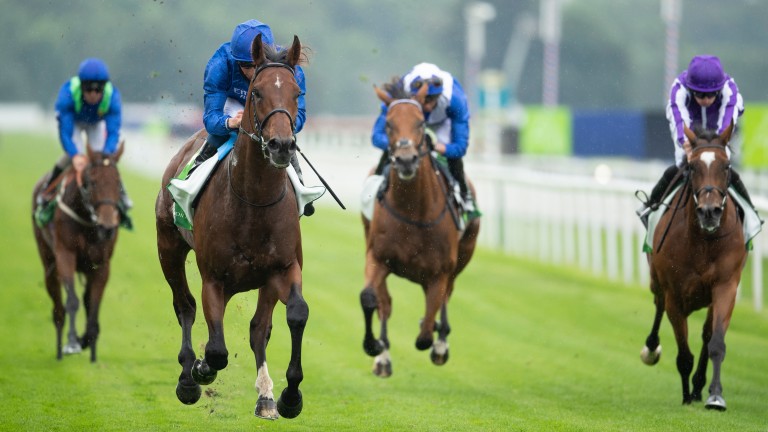 He is, of course, the damsire of the world's highest-rated runner in Ghaiyyath, the son of Dubawi who has taken up residency at Darley's Kildangan Stud for 2021. The Godolphin colour bearer, who was bred by Dermot Weld's Springbank Way Stud, earned his monster rating courtesy of his romp in the Juddmonte International, which was the third of his three Group 1 wins last year following victories in the Coronation Cup and Coral-Eclipse.

Galileo was also represented as broodmare sire of Group 1 winners Barney Roy, St Mark's Basilica and Prix de l'Arc de Triomphe hero Sottsass – the son of Siyouni who will stand alongside Galileo at Coolmore in 2021.

As if all that weren't enough, Galileo further underlined his growing importance as a sire of sires with his stallion sons supplying a slew of significant winners of their own. The top 35 in last year's British and Irish sires' table featured no fewer than five of Galileo's sons.

Most prominent of those was the 11th-placed Australia, who enjoyed something of a breakthrough year thanks to Galileo Chrome's St Leger success, a first at Group 1 level for his sire. Galileo Chrome's Classic strike was swiftly followed by the Grade 1 victory of Order Of Australia in the Breeders' Cup Mile, and supplemented by Group 2 wins for Cayenne Pepper and Leo De Fury. 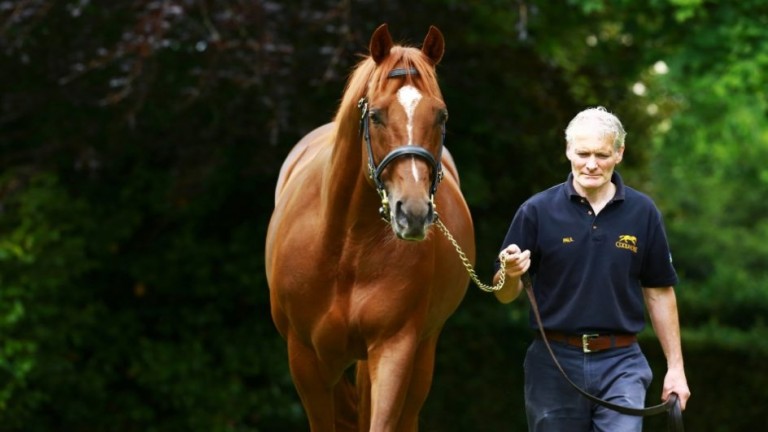 One place below Australia was Frankel, who may not have sired a British or Irish Group 1 winner in 2020 but did amass £1,168,104 in progeny earnings, while he was represented by top-flight scorers Grenadier Guards, Mirage Dancer and Mozu Ascot on the international stage.

A third King George VI And Queen Elizabeth Stakes for the brilliant Enable helped her sire, Newsells Park Stud's Nathaniel, into 18th place, while the redoubtable Teofilo finished in 21st.

New Approach, who finished in 34th spot, added an eighth Group 1 winner to his record when Mac Swiney, bred and trained by Jim Bolger, landed the Vertem Futurity Trophy.

With sons Churchill, Decorated Knight, Highland Reel and Ulysses among the sires fielding their first juveniles in 2021, it is not much of a stretch of the imagination to think Galileo will be adding to his list of 20 Group 1 winner-siring sons in the near future. 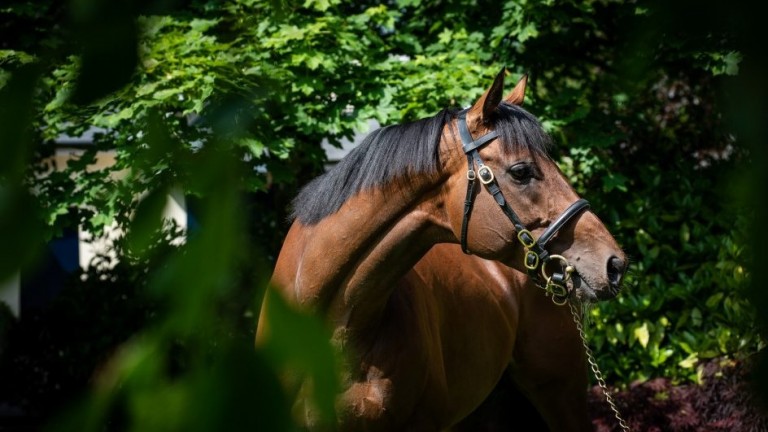 Churchill: among the first-crop two-year-old sires in 2021
Coolmore

Although he officially turned 23 on New Year's Day, a promising crop of first-season sire sons is far from the only reason to believe there will be more of the same from Galileo in 2021. He has, of course, another incredibly strong hand among this year's three-year-olds, including ante-post Derby favourite High Definition.

He also has a crop of 137 blue-blooded juveniles to go to war with, among which are the sons and daughters of 32 Group/Grade 1-winning mares, 30 names who boast at least one top level-winning sibling and four two-year-olds who have both a dam and at least one sibling who have struck at the elite level.

Given the numbers involved it would take far too long to detail all of Galileo's well-bred two-year-olds this year. But, for a flavour of what's in store, there are siblings to the likes of Anthony Van Dyck, Found, Gleneagles, Hermosa, Magical, Minding, Tepin and Thunder Snow in the pipeline, as well as the most expensive yearling filly sold in 2020, the 3,400,000gns sister to Japan and Mogul.

So much of what we all thought was normal life has been turned on its head of late. But, for the time being, it looks as though it is still Galileo's world and we are all just living in it. Long may that continue.

FIRST PUBLISHED 5:30PM, JAN 3 2021
He also has a crop of 137 blue-blooded juveniles to go to war with, among which are the sons and daughters of 32 Group/Grade 1-winning mares