James Thomas speaks to the agent ten years on from Irish 2,000 Guineas glory 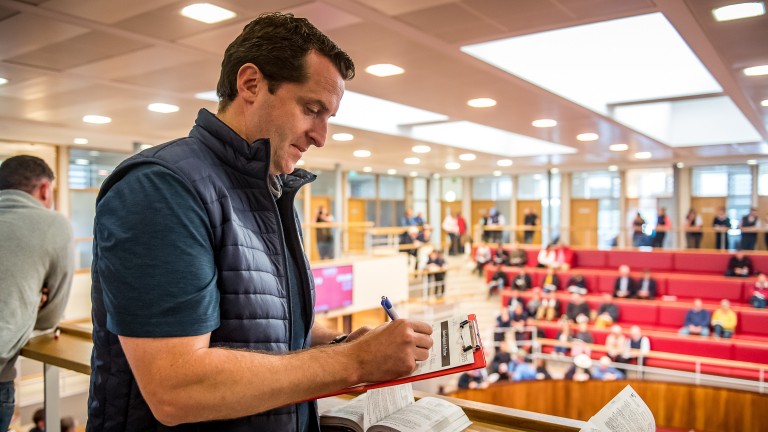 Ross Doyle in the Doncaster sales ring where he sourced Canford Cliffs
Sarah Farnsworth
1 of 1
UPDATED 6:41PM, MAY 21 2020

If you rewind the clock by ten years, the world would be a coronavirus-free place, Boris Johnson would be two years into a stint as the mayor of London, and a Tagula colt named Canford Cliffs would have just landed his first Group 1 in the Irish 2,000 Guineas by a bloodless three lengths.

Canford Cliffs had shown himself to be a high-class performer prior to that Curragh demolition job, not least when winning the Coventry Stakes by clear water, but what followed marked him out as a talent of incredibly rare merit.

However, like so many great tales of the Turf, the Canford Cliffs story has altogether more humble origins.

Bred by Simon Hubbard Rodwell and pinhooked as a foal by Jimmy Murphy's Redpender Stud, Canford Cliffs took one of his first steps towards stardom at the DBS St Leger Yearling Sale of 2008.

It was here that he joined the ranks of Richard Hannon snr when purchased by the trainer's long-serving sales ring allies Peter and Ross Doyle. 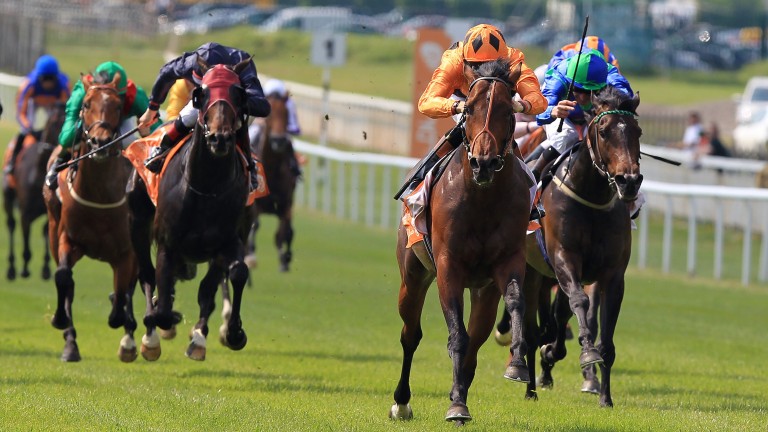 It seems few in South Yorkshire had much of an inkling for the monstrous talent Canford Cliffs possessed, as the colt cost just £50,000. If that sum does not sound like chicken feed, it is worth bearing in mind his price made him only the 70th most expensive lot in the sale.

"The first time we saw him we nearly had to do a second take because we hadn't seen a horse as good-looking as him for a long time," recalls Ross Doyle.

"He was everything we look for physically and he was extremely imposing even for a yearling; he had lots of depth and was strong from head to toe. He moved like a dream too and seemed to have a fantastic temperament every time we went back to see him.

"Jimmy Murphy and his family did a wonderful job spotting him as a foal. He gave €46,000 for him, which would've been a big throw for a Tagula at the time. I know Jimmy believed in him in a big way though as he went and bought the dam after he'd sold the yearling."

With Britain and Ireland in the midst of the financial crisis, bloodstock sales were not exactly awash with cash in 2008. And, moreover, Canford Cliffs' price tag possibly reflects his sire's standing with buyers at the time.

However, Doyle reveals that his father and Hannon snr had a particular affinity with Tagula. 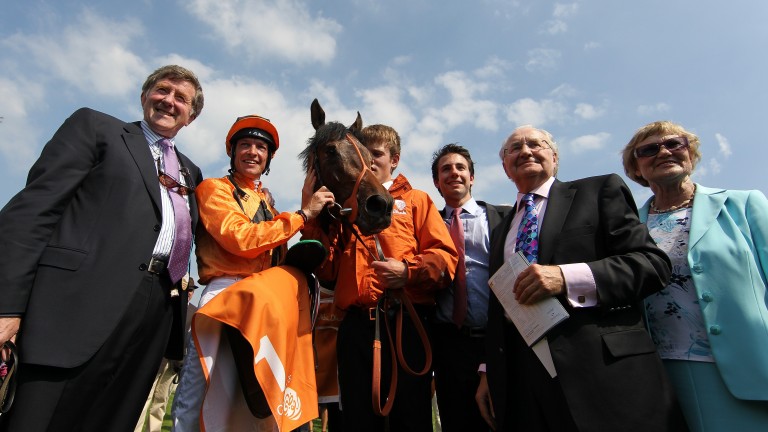 "We've been lucky with Tagula," he says. "Richard snr and Peter were actually underbidders on him as a yearling at the old Doncaster sales. He produced physicals that we and the Hannons liked, they seemed to win plenty of races and you didn't have to wait too long for them.

"After the financial crash Tagula probably wasn't the most fashionable stallion with some and maybe people thought they couldn't give that sort of money for one by the sire given the financial situation. The place wasn't rammed when we went into bid, but given the economic situation at the time sales in general that year were a little hit or miss."

In light of what Canford Cliffs went on to achieve, winning over £950,000 in prize-money and becoming a valuable stallion prospect with five straight Group 1s, signing the docket at £50,000 looks an inspired move. However, Doyle explains that the gavel so nearly fell in favour of the underbidder.

"We'd got all our work done," he says, "so Peter and Richard retired to the bar at Donny and were having refreshments with clients and having a good time as they always do at the sales – in particular Doncaster, which has been a great place for us.

"I told them I'd get them two lots before the horse came into the ring, but when I did they weren't in a mad hurry and Richard snr said he thought he'd make too much money." 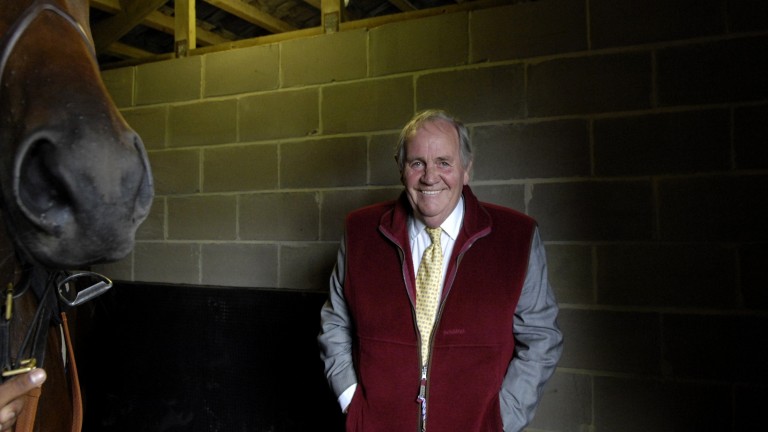 The party finally arrived in the ring with the bidding already underway and promptly entered the fray with a play of £42,000. But when a rival bidder signalled an offer of £48,000 Hannon snr decided the budget had been stretched far enough and headed for the exit.

With such a high opinion of the colt, Doyle was determined not to be beaten. "We can't leave him behind for this, would you not give one more for luck?" he calls after the trainer. Hannon stopped in his tracks, turned and with a broad grin and that familiar glint in his eye, said: "Go on then."

The hammer came down in the Doyles' favour but before the docket had arrived Hannon turned to Ross and, with a discernible trace of good humour, said: "Who are we going to sell that to then?"

The Heffer Syndicate eventually took ownership of Canford Cliffs, although not before numerous other connections had passed over the chance to have him carry their silks, with the colt among the very last of that year's intake of yearlings to find a buyer. It did not take long for the purchase to look a shrewd bit of business. 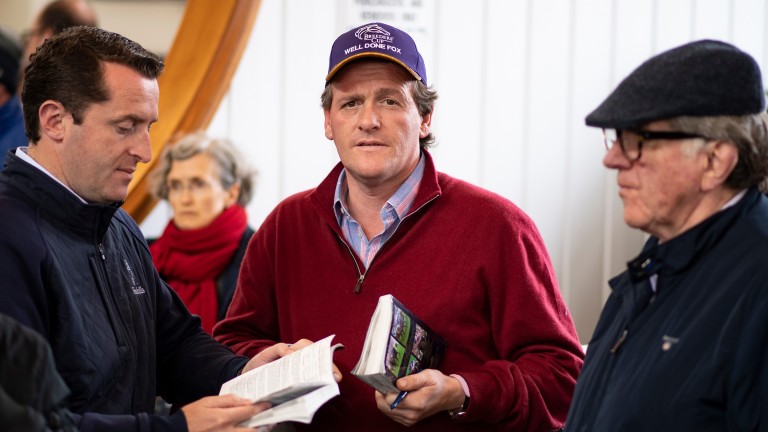 Doyle says: "In the early days myself and Richard jnr didn't really talk about horses' work but he rang me one morning and told me he'd never seen anything like it. That was just after Hughsie had sat on him for the first time and said he was the best horse he'd ever ridden. Soon after that he won his maiden impressively and then bolted up in the Coventry Stakes."

It was during his three-year-old season that Canford Cliffs really cemented his position among racing's greats, with his three-length Irish 2,000 Guineas victory followed by success in the St James's Palace Stakes and a cosy win in the Sussex Stakes over Rip Van Winkle.

He returned at four to win the Lockinge Stakes and the Queen Anne – with the latter performance completing a remarkable hat-trick of Royal Ascot victories. Canford Cliffs ran his final race in the 2011 Sussex Stakes, finishing a five-length runner-up to Frankel.

He took up stallion duty at Coolmore the following year, and although he may not have reached the lofty heights he had become accustomed to on the track, he did supply high-class runners like Salouen, Group 2 Railway Stakes scorer Painted Cliffs, dual Group 3 winner Al Jazi and the Oaks third Harlequeen.

He left the Coolmore roster after the 2017 covering season, and now resides under the stewardship of the Kieswetter family at South Africa's Ridgemont Highlands operation.

"The Kieswetter family were on the lookout for a nice horse from Europe to stand out in South Africa, a deal was agreed and off he went," says Doyle. "I know they're very excited about the young stock he's got out there. Peter went to the farm and saw him just after the Cape Town sale in January and I saw him last year as well – he looks absolutely magnificent."

With the racing and bloodstock world experiencing something of an enforced pause at present, those within the industry can perhaps afford themselves a little additional time to reminisce on the successes their hard work brings about. Though old habits die hard, as Doyle can't help but keep one eye on the future when asked to reflect on his involvement with Canford Cliffs.

"It's the same for breeders and pinhookers as well, we all love seeing these horses do well, then seeing stock of horses we've been involved with, both at the sales and then on the track.

"It gives you a nice buzz and it's very satisfying when those horses produce good horses of their own. Canford Cliffs is onto a new chapter of his career now down in South Africa; it'd be great if he could hit the ground running there."

After a brief pause for thought, as if the magnitude of the success was only just now sinking in, he adds: "What he was physically, what he did on the racetrack, you're lucky to have one like that - he really was the horse of a lifetime."

FIRST PUBLISHED 6:14PM, MAY 21 2020
What he was physically, what he did on the racetrack, you're lucky to have one like that - he really was the horse of a lifetime.