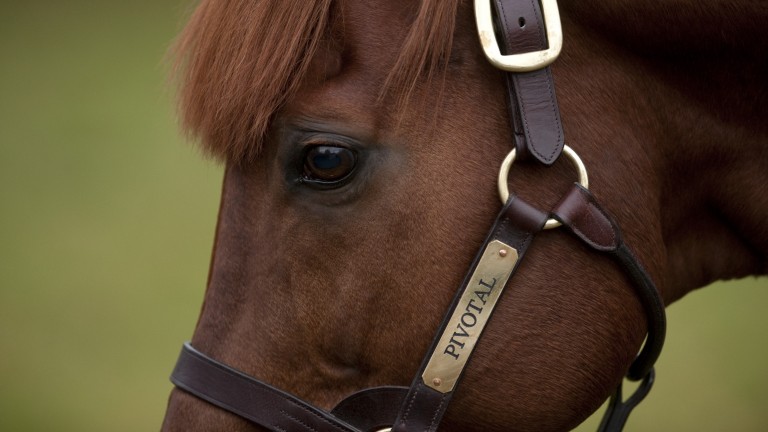 A significant chapter in British breeding's history has drawn to a close with Cheveley Park Stud announcing that the brilliant Pivotal has been retired from covering duty at the age of 28.

He stood a remarkable 24 consecutive seasons at the Newmarket operation, during which he developed into one of the most important stallions of the era. He boasts a stud record containing a mammoth 241 stakes performers, topped by 32 sons and daughters who have struck at the highest level.

It is not only the sheer scale of Pivotal's achievements that mark him out as an exceptional sire, but the depth and diversity of his successes too. He has sired a Group 1-winning two-year-old in Siyouni, Classic scorers such as Halfway To Heaven, Saoire and Sariska, as well as those who peaked later in life like Addeybb and Glen Shiel, who both landed Group 1s last year at the age of six.

He has supplied top-class sprinters such as Kyllachy, Regal Parade and Somnus, milers like Immortal Verse, Lightning Spear and Virtual, and those best at ten furlongs or further, including African Story, Chorist, Farhh and Izzi Top.

Other top-flight winners such as Avilius, Golden Apples, Megahertz and Noordhoek Flyer ensured that Pivotal's influence was felt around the world. He also showed no discernible bias between colts or fillies, with his 32 Group/Grade 1 scorers containing 19 of the former and 13 of the latter. 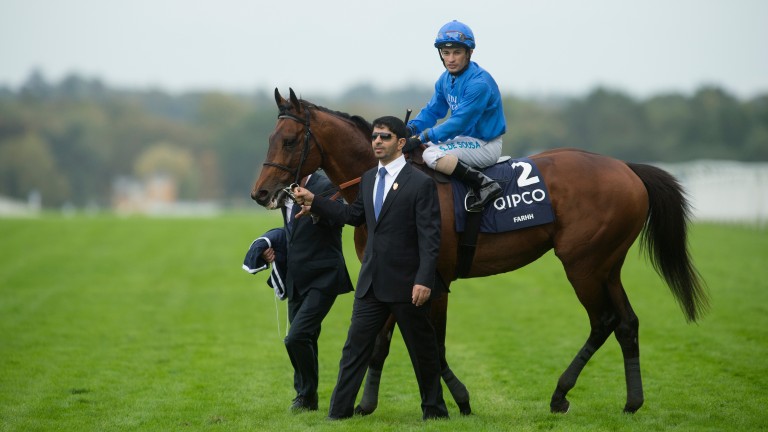 As well as siring so many high-class horses himself, in recent years he has garnered a reputation as a broodmare sire of the very highest order, with his daughters having produced 23 Group 1 winners and counting.

Just as his own record is a study in strength in depth, his daughters have also produced a wide range of talents, including Group 1-winning juveniles like Advertise and Fairyland, Classic performers such as Harbour Law, Hermosa and Love, brilliant sprinters Golden Horde and Mayson, as well as a whole host of top-class middle-distance runners including Cracksman, Defoe, Magical and Main Sequence.

Those exploits, as well as the achievements of headline talents like Mabs Cross, One Master and Rhododendron, helped Pivotal secure three champion broodmare sire crowns between 2017 and 2019.

Cheveley Park Stud's managing director Chris Richardson said: "The story associated with the ‘mighty’ Pivotal is truly extraordinary, considering he was the result of the very first covering his sire, Polar Falcon, was given.

"Thankfully, as a yearling, it was decided to retain him to race, rather than offer him for sale, as we did with the other yearling colts by Polar Falcon that year. Whilst in the hands of trainer Sir Mark Prescott, Pivotal truly put Cheveley Park Stud on the map, giving owners David and Patricia Thompson their first Group 1 winner in the stud’s famous red, white and blue colours.

"Having covered a relatively small book of mares in his first year, his resulting progeny excelled and inspired at all levels, which they have continued to do throughout his career, both domestically and internationally.

"On the world stage, Pivotal has excelled as a sire, a sire of sires and as a broodmare sire, to the highest level and all of us at Cheveley Park Stud have been so blessed to have been part of his life for 28 years. I think Triple Crown winner, Isinglass, whose stable Pivotal occupies, would have been very proud and we all wish Pivotal a well-deserved and happy retirement."

Born on January 19, 1993, Pivotal was the very first foal sired by former Cheveley Park Stud resident Polar Falcon. In a piece with the Racing Post in 2019, Richardson revealed how his foaling records for Pivotal read: "He is a strong, well-made colt of good bone and substance. He is possibly a little light in colour, but he has a good head and plenty of quality.

"As with a lot of 12-hour old foals he is a little close in the knees, but these will strengthen over the next few days. A good start." 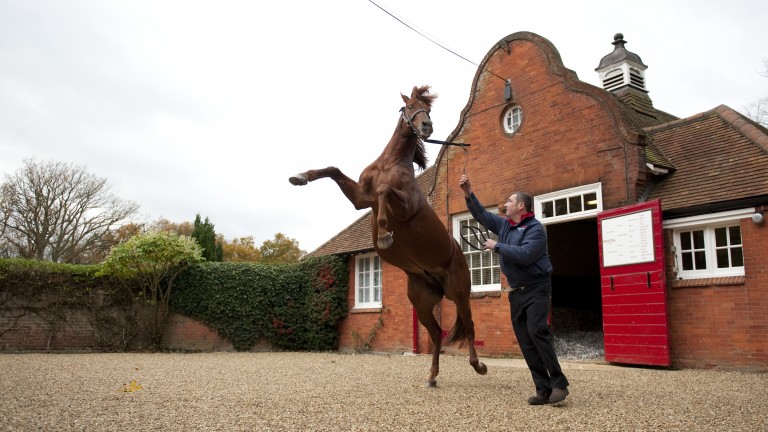 The story could so easily have turned out very differently had he headed to the sales, but during his yearling season the decision was taken to retain Pivotal as the Thompson family had bred better-conformed, more commercial-looking sons of Polar Falcon who would better meet the requirements of the Tattersalls marketplace.

As it was, Pivotal was sent to Sir Mark Prescott's Heath House Stables, from where he was prepared for a short but successful career on the track. He ran just six times over the course of two seasons in training but retired with four victories to his name, including two against significant company.

He left an inauspicious debut effort behind to land a 6f Newcastle maiden on his second outing in late October of his two-year-old campaign, before he reappeared just a week later to sign off his juvenile season with a bloodless victory in a Folkstone conditions event.

He announced himself as a sprinter of serious talent when he landed the 1996 King's Stand Stakes, still run then as a Group 2, on his three-year-old reappearance. Pivotal and runner-up Mind Games were separated by the width of the Ascot track throughout the final furlong, but the powerful chestnut ran on strongly against the stands' rail to prevail by half a length.

Less than three weeks later Pivotal was sent off 9-4 favourite for the July Cup but could finish only sixth behind all-the-way winner Anabaa. However, he was soon back on song for his next assignment, which came in the Group 1 Nunthorpe Stakes over York's five-furlong course. 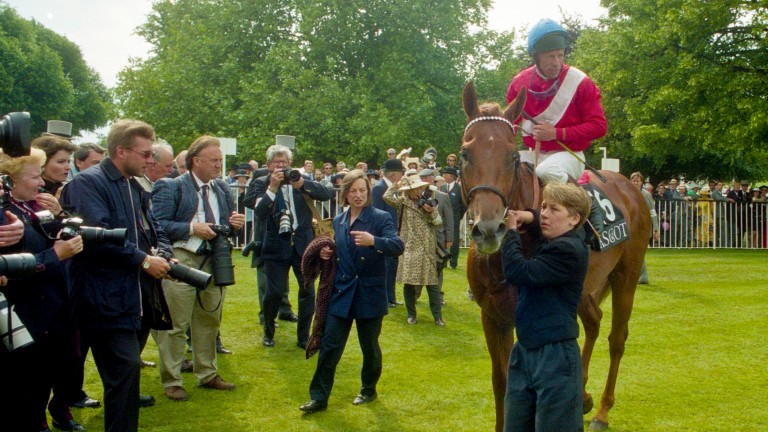 Soon after the start jockey George Duffield needed to shake the reins at Pivotal to hold his position in midfield, but as the eight-strong field flashed through halfway his mount began to make steady headway.

Under a determined Duffield drive, Pivotal began to wear down the pace-setting Eveningperformance inside the final 100 yards and stuck his neck out at precisely the right moment to secure victory by a hard fought short head. In doing so, Pivotal provided his owner and trainer with their respective breakthrough Group 1 victories.

Despite advice from those closest to him that the horse should remain in training at four, David Thompson retired Pivotal to Cheveley Park Stud ahead of the 1997 breeding season.

Although it did not take long for Thompson's decision to yield big results, what makes the soaring heights Pivotal has reached at stud all the more impressive is the fact he has risen from relatively humble origins. Given the standing he has since assumed, it would be easy to forget that his debut crop, conceived at a bargain fee of just £6,000, numbered only 58 foals.

Although modest enough in quantity, that initial crop yielded no shortage of quality, containing as it did Kyllachy, who emulated his sire in the Nunthorpe Stakes, Del Mar Oaks heroine Golden Apples and German Oaks scorer Silvester Lady. 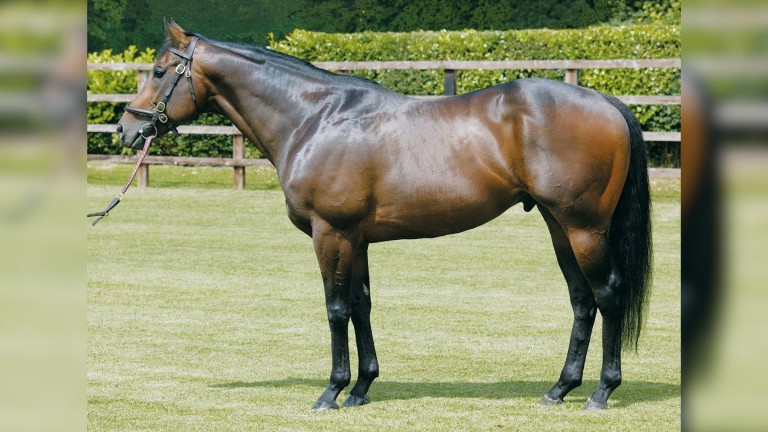 In 2005 Pivotal reached new heights when he sired his breakthrough Classic winner, the Irish 1,000 Guineas heroine Saoire. The Frances Crowley-trained filly prevailed by a short head from another of Pivotal's daughters, Penkenna Princess.

The esteem in which breeders held Pivotal was illustrated the following autumn when Sheikh Mohammed purchased a 25 per cent share in him, a move that resulted in Darley breeding the likes of African Story, Buzzword and Farhh. Having hit a low of £5,000 during his second, third and fourth seasons at stud, Pivotal's relentless success saw his fee reach a high of £85,000 in 2007 and 2008.

Those results alone would have been enough to secure Pivotal's legacy as a stallion of great significance, but he has not only continued to supply high-achieving runners but his influence is now being felt in a major way through the breeding careers of his sons and daughters.

Seven of his sons have sired at least one Group 1 winner, including the prolific Siyouni, who ranks as one of the world's most upwardly mobile stallions. The 14-year-old has been represented by names like Ervedya, Laurens, Sottsass and St Mark's Basilica. He stands at his breeder the Aga Khan's Haras de Bonneval in Normandy, and at €140,000 is the most expensive stallion in France. 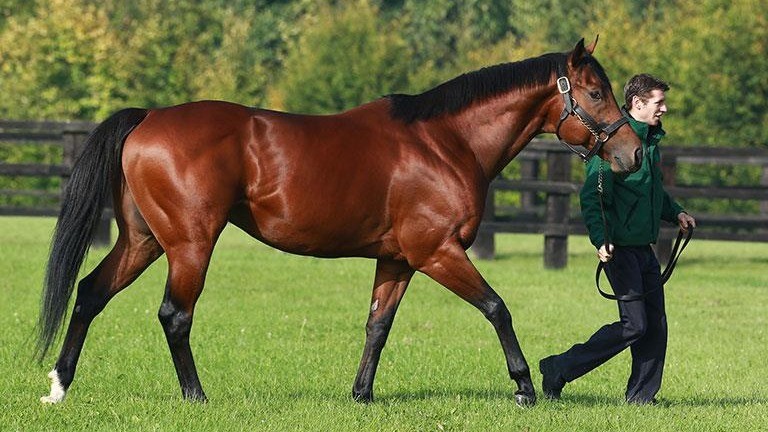 Although fertility issues limit the number of mares he covers, the 13-year-old Farhh has also shown considerable promise at stud, chiefly through names such as Dee Ex Bee, Far Above, King Of Change, Move Swiftly and Wells Farhh Go. Far Above and the Group 1-winning King Of Change are set to begin their stallions careers in 2021.

Kyllachy also spent 15 years standing beside his sire at Cheveley Park Stud, from where he supplied the likes of Krypton Factor, Sole Power and current Cheveley Park resident Twilight Son.

Falco (Hundred Acre Farm), Lightning Spear (Tweenhills) and Son Of Rest (Meelin Stud) are other sons of Pivotal currently active at stud between Britain and Ireland.

His influence will also continue to be transmitted through those at stud who are out of a Pivotal mare, names such as Advertise, Cracksman and Cheveley Park Stud's own Mayson.

As his pedigree provides a much sought after outcross option for stallions from the almost ubiquitous Sadler's Wells and Danzig lines, it seems certain that his daughters will continue to feature prominently among the books of the best sires around.

His own time at stud may have finally come to an end after a lengthy and hugely fruitful career, but his influence and uncommon levels of excellence will burn brightly for many generations to come.

FIRST PUBLISHED 1:37PM, FEB 16 2021
In recent years he has garnered a reputation as a broodmare sire of the very highest order, with his daughters having produced 23 Group 1 winners