ANZ Bloodstock News examines the figures from the flagship sale 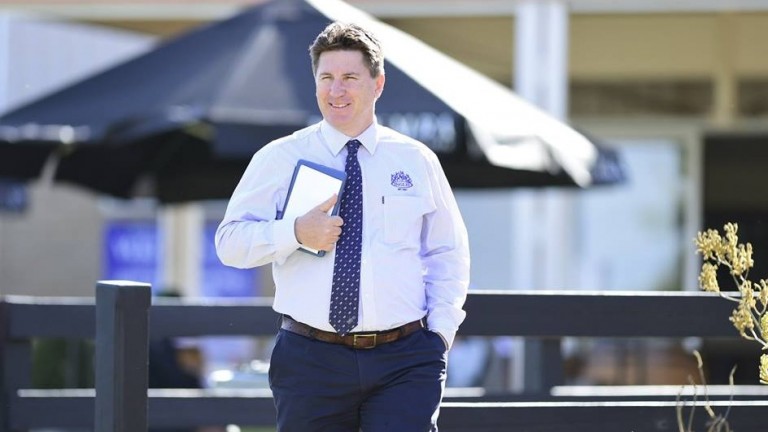 Inglis supremo Mark Webster believes concerns about the strength of the middle market at last month's Inglis Australian Easter Yearling Sale have been taken out of proportion.

There were no complaints about the top end of the market at the Sydney sale, with 22 yearlings breaking the seven figure barrier but several vendors and buyers voiced concerns about the state of play outside of that area.

Guy Mulcaster, who teamed up with his regular trainer Chris Waller to buy four yearlings for A$3.04 million, said he believed the apparent lack of depth was a result of a lot of yearlings with a 'middle market' profile having been sold at the record-breaking Inglis Classic Sale earlier in the year.

"They worked hard on having a good Classic sale so they probably took a few horses out of the middle to help that sale," Mulcaster said.

"It has been quite a long sales series and there is only so much money to go around, which is why the middle market may have suffered a little.

"Basically, every year there is going to be the same amount of good horses and it just depends on where they get sold and how the market receives them."

Webster conceded that some horses that may traditionally have been catalogued for the Easter sale were sold at the Classic auction, but defended the overall health of Inglis's flagship event.

"The comments about the middle market being weaker are way overstated," said Webster.

"The reality is, more horses sold at A$250,000 in the middle market than in any other price category, which is what the median reflects, and where most of the buying was done.

"There were plenty of buyers who bought a A$1 million yearling but also bought one for A$200,000 or A$250,000. Personally, I think it is a bit of a nonsense to suggest that the mid market is weaker.

"There are more horses in that category for buyers to choose from, but when it comes to the elite level horses, there are obviously fewer of them and therefore more competitive because of that. It is just a natural way of how the market works.