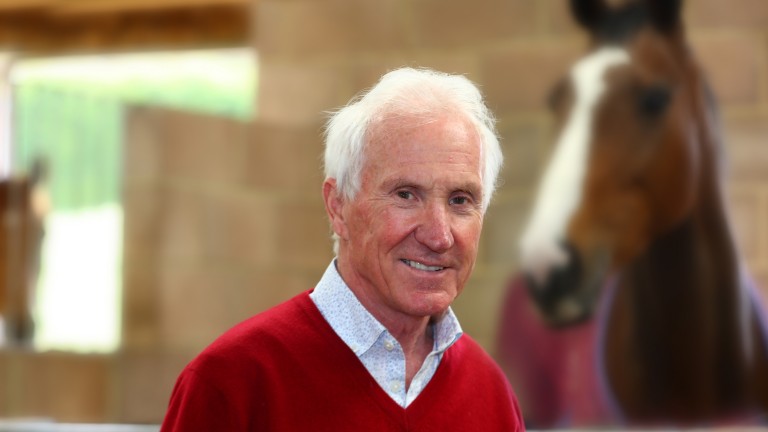 Charlie Mann: on hand in Doncaster on Thursday to see Robaddan sell
Matthew Webb
1 of 1
By Kitty Trice UPDATED 1:15PM, MAY 20 2021

Former trainer Charlie Mann can now enjoy a more leisurely pace of life after his last horse, Robaddan, sold as the first lot on the second and final day of the Goffs UK Horses in Training and Point-to-Point Sale.

Mann, whose 28 years with a licence produced around 700 winners and Grade 1 success with Celibate and Air Force One, which followed a distinguished career as a National Hunt jockey, announced his retirement from the training ranks in March, although he will still be very much involved with horses.

He said: "I'm looking forward to lots of holidays, although I'll be dealing with horses; I sold one here yesterday. The first lot in just now was the last out of the yard and I'm absolutely delighted!"

The Flemensfirth gelding, who struck in a Ballyarthur point-to-point and was placed in two bumpers for Declan Queally, was also second for Mann in a novice handicap chase last year. He made £11,000 to Ben Pauling, while Allset, a very recent arrival from France, was turned over for £40,000 to Evan Williams on Wednesday.

Lambourn-based Mann, whose yard is being taken over by Oliver Sherwood, will also be keeping his hand in through syndicates.

He added: "Oliver Sherwood's renting the yard off me from next month, so there will be a full yard of horses – the nice thing is they won't be mine!

"I'm buying a few and will be dealing with horses as well as running a couple of syndicates too."

FIRST PUBLISHED 11:24AM, MAY 20 2021
I'm buying a few and will be dealing with horses as well as running a couple of syndicates too