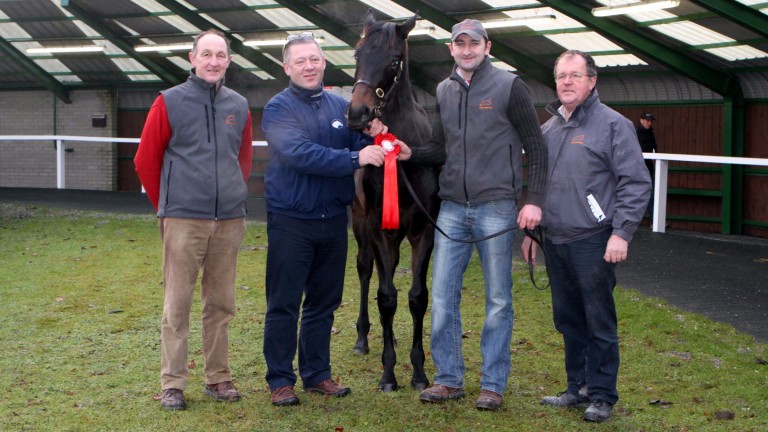 How and when did you become involved in racing? I bought my first filly at Goffs in Ballsbridge in 1973 - a three-year-old filly by Raise You Ten as a prospective point-to-pointer but, due to injury, she never ran and was retired to the stud. I also began pinhooking jumps foals to sell as yearlings and over a number of years that worked out well, but breeding was my main ambition so I gradually built up a broodmare band.

Who has been the greatest influence on your career? Liam Cashman was a first cousin of my mother and a close friend of our family, and as a young lad growing up I always looked up to him and admired how he developed Rathbarry Stud into what it is today.

Which aspect of your job do you most enjoy? I get most satisfaction from preparing and educating weanling foals for sales in the anticipation that they do well.

And least enjoy? Coming home from the sales with unsold lots.

Best day in the business? The day we bought Scandisk, the dam of Hurricane Fly.

If you intended to spend £300,000 on a store, whose opinion would you seek? And who would you want to train and ride it? I would seek advice from my daughter Deirdre or my son Paul, but I think I would rather buy three geldings and three fillies for €50,000 each. To train them I would send them to my son Colin, who has just set up a new training facility, and to ride them Jamie Codd and Davy Russell.

If you could have owned any National Hunt broodmare, past or present, who would it have been? Park Breeze, the dam of The Listener, Offshore Account, Distant Thunder, Fork Lightning and Dooneys Gate. Her daughter Lightning Breeze is also the dam of Yorkhill.

Who do you most admire in bloodstock? Wilson Dennison, a prolific buyer of top-quality National Hunt foals. His record is exceptional with, among other highlights, a hat-trick on day two of the Cheltenham Festival this year with Yorkhill winning the Neptune, Blaklion winning the RSA and BallyAndy in the Champion Bumper - all Grade 1 races. Among others he bought was Bellshill, another Grade 1 winner this year off Yellowford. He also had Bindaree, a Grand National Winner.

What would you like to see change in the industry? Over the last few years fillies are getting more opportunities with more filly-only races and bonus races, but I would love to see a similar racing programme for National Hunt fillies as their counterparts have on the flat with the 1000 Guineas and Oaks - in other words, a Gold Cup and Champion Hurdle for fillies. I also have to say I envy the French racing programme so much with so much betting revenue generated through the Pari-Mutuel being ploughed back into racing. With breeders' prizes and incentives to race fillies, wouldn't it be great if we could in some way replicate their system?

What has changed most during your time working in the bloodstock industry? The increase in the number of mares and the huge books of mares being covered by some stallions. Also I have seen great improvements in veterinary, especially with ultrasound being a fantastic aid in reproduction.

What is your ambition? To see my family carry on the business and continue to improve the quality of our mares and that the horses we sell will be lucky for the people who buy from us.

Away from breeding, what do you like to do to relax? Spending time with my nine grandchildren and Liz. I also like to go National Hunt racing, especially in the bigger meetings or if some Yellowford graduates are running. We like to go point-to-point racing as often as possible, which is very popular in Cork and Waterford.

Give us a jumps stallion you think will make it this season?Getaway has covered large books in his first few seasons and he seems to be off to a good start with his first runner he has a chance of making it.

Which graduates of Yellowford Farm are you most looking forward to in 2017? Bellshill and Blixt, the half-sister to Hurricane Fly, both with Willie Mullins. Also the Yeats half-brother to Hurricane Fly with Philip Hobbs, and Cajun Fiddle with Alan King.