'I would love to see a broadening of the stallion base'

Hugh Suffern is put in the hot seat 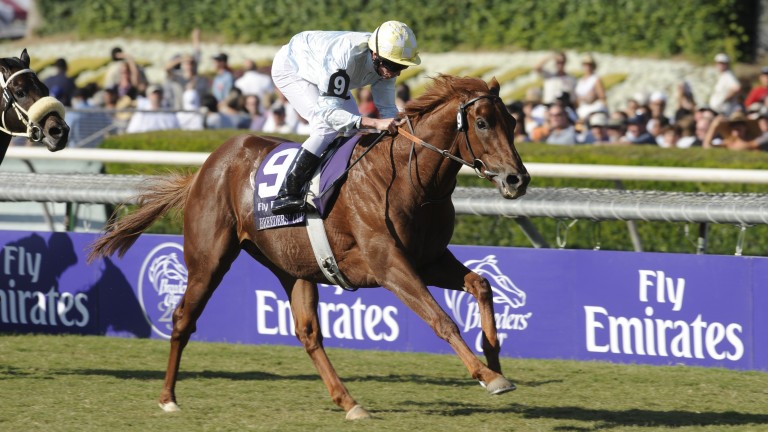 How and when did you become involved in racing? I studied in Dublin for five years. On winter Saturdays we would catch the bus to one of the big local tracks. A lot of the horses I watched in those days formed much of my pedigree reading for decades after.

Who or what has been the greatest influence on your career? The veterinary college in Dublin was a huge learning experience. I was a very reluctant scholar and at the time didn't realise the high calibre of lecturers that had the unenviable task of pushing me through, although I still vividly remember the guest lectures from the late Michael Osborne. I also shared my years in college with some of today’s leading figures in bloodstock – John O'Connor of Ballylinch, John Halley of Coolmore, Hugh Dillon of Troytown Equine Hospital, Meta Osborne of the Turf Club and Denis Hickey of Garryrichard Stud to name a few.

What aspect of your job do you most enjoy? It may seem a bit corny, but I still get a big kick out of making a good diagnosis and implementing a successful treatment plan.

And least enjoy? It’s the simple things that annoy me; an injured horse that goes the wrong way or a mare that doesn't go in foal. All first world problems, thankfully.

Best day in the business? Nothing beats a good winner, so watching a homebred win a good race or a client getting a result is always a good day.

If you intended to spend £300,000 on a store, whose opinion would you seek? And who would you want to train and ride it? I would ask my wife for her advice and she would tell me to wise up and catch myself on!

Who do you most admire in bloodstock? It has to be Willie Mullins. A gifted horseman who has stayed at the top of his profession for decades, and a gentleman.

What would you like to see change in the industry? I think there needs to be a conscious effort to support the smaller outfits as they are often the nursery for the next generation of horses, jockeys and owners. Losing the small outfits means losing much of the colour and the early stepping stones for progression in the industry.

The National Hunt breeding industry is focused on sales results rather than racecourse results, this has the effect of almost half the broodmare band being covered by about ten or 12 sires. I would love to see a broadening of the stallion base, as seen in France, but realistically I can't see it happening any time soon.

What has changed most during your time working in the bloodstock industry? In the National Hunt industry there has been a shift in the past 30 years. Racing has become dominated by four or five owners, leaving smaller owners and trainers struggling to get winners. This has filtered all the way down to smaller point-to-point yards. In my area, the farmer with two or three pointers has disappeared, which is sad as much of the colour and the characters of racing have gone too.

What is your ambition? I hope I can successfully manage Conduit to become a leading sire.

Advice for someone hoping to get into the industry? The modern bloodstock industry is a hugely exciting global industry with endless opportunities. My advice is, where possible, gain a good academic qualification and take the opportunity to travel. Try to gain experience in as many aspects of the industry as possible. The people you meet as a young person will often be the contacts you work with throughout your career.

How do you think Brexit will affect the Northern Irish breeding industry? Twenty years ago there were about 24 thoroughbred stallions standing in Northern Ireland, today there is one. This is largely due to years of disadvantageous taxation compared to the Republic of Ireland. I can't imagine Brexit will bring any tangible advantages to Northern Ireland, so the best we can hope for is the absence of restrictive trade tariffs and a so-called soft border.

The progeny of Winged Love have been in good form with Some Plan and Baywing. How did you come into his care? I travelled to Germany to vet him for Scarvagh House and really liked him as an individual. I liked that his dam was by Top Ville and I noticed that 26 of his first crop of 28 had won. I bought a half-share before returning home.

Conduit has returned from Japan to stand at Tullyraine, how have his progeny been performing over there? Conduit probably wasn't best suited to Japanese racing. Like him, his stock need a trip, prefer turf and they probably need a bit of time. Having said that, in the past year he has had more than 100 winners of over €7million in prize-money. I see him as a sire capable of producing a sharp bumper horse that can train on. He was a tough nut, hopefully his stock will be too. I was very fortunate to acquire him through John Weld.

You're also a racecourse vet at both Down Royal and Downpatrick, what does the role involve? My role is to attend to anything from minor scrapes and cuts, through to major injuries on the track. We provide a high standard of care to the horses racing. In today's world of instant access to social media and public scrutiny it is important the public can see the welfare of the horse is still the number one priority.