We put Harold Kirk in the hot-seat 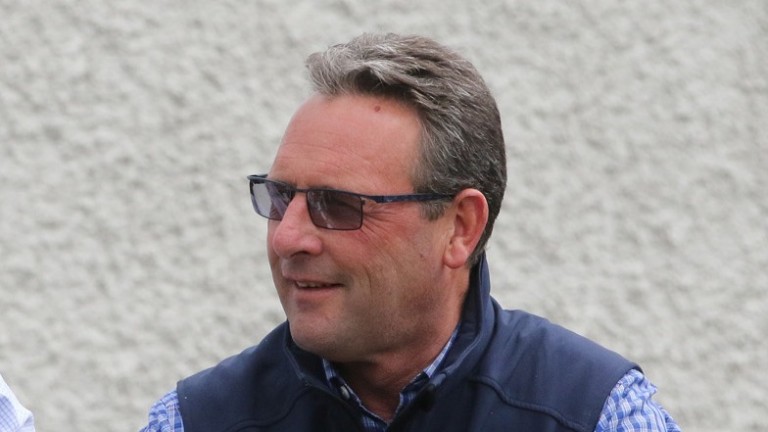 How and when did you become involved in racing? I was showjumping from an early age up until my early 20s. I represented Ireland in showjumping at junior and senior level. I rode as an amateur for Jeremy Maxwell, who was training in Northern Ireland and he asked me to school horses for him over jumps. He was very good at buying foals and developing them into store horses and form horses. He was a very good judge and taught me all I needed to know about store horses.

Who have been the greatest influences on your career? Willie Mullins. He supports and trusts me. And every time I speak with John Gosden I learn something new.

What aspect of your job do you most enjoy? Buying winners. Everything is results-based in this game. I like to see horses perform as well as I would expect them to - or better than I expect.

And least enjoy? Injuries to horses. It's particularly hard if they haven’t achieved their full potential on the course, but that's part and parcel of the game. It's hard for everyone involved.

Best day in the business? Faugheen winning the Champion Hurdle at Cheltenham in 2015. Arctic Fire was second, and Hurricane Fly was third - all Willie's.

If you could have owned any jumps broodmare, past or present, who would it have been? I would want a broodmare that has performed and had a good pedigree and is sound. If I could I would have Annie Power who is a very good racemare. She's a gorgeous mare, has size and scope and is very correct.

Who do you most admire in racing? Willie - he is always pushing the barriers - and Ruby Walsh who is great at riding winners.

What would you like to see change in the industry? I would like to see mares getting more chances, and against their own sex. There are two mares’ races at the Cheltenham Festival at the moment, but I would also like to see a mares’ chase added to the meeting.

What has changed most during your time working in the bloodstock industry? The biggest change is in the quality of horses racing in Ireland, which is at a different level to a few years ago. A lot of good horses are now staying in Ireland. The introduction of Gigginstown House Stud has seen a big improvement with staying chasers, and with JP McManus as well. There are five or six huge owners in Ireland now, which means Ireland is retaining the best horses. A lot of sale-toppers at point-to-point sales are being bought for an Irish owner.

What is your ambition in bloodstock? To buy a Cheltenham Gold Cup winner for Willie Mullins. He has finished second six times [with Djakadam (twice), On His Own, Florida Pearl, Hedgehunter and Sir Des Champs].

Advice for someone hoping to get into the industry? You have to trust yourself and go with your gut instinct.

If you could only breed to one National Hunt stallion who would it be? Robin Des Champs. He's been very lucky for me. Vautour and Quevega, to name but two, are by him. He has done extremely well considering he has so few foals. He would have been one of the best National Hunt stallions ever if he had been able to get more mares.

What do you look for when buying a National Hunt horse? I would predominantly buy store horses. With store horses, I would have to like the sire, and they would want size and scope. I can be more forgiving on conformation with form horses as they have already proven themselves on the racecourse.

What do you think about the French trend of racing future stallions over obstacles? Both Robin Des Champs and Saint Des Saints [sire of Djakadam] raced over jumps. I like the idea of trying entires over jumps but can’t really see it happening in Ireland. In France, they breed to race and later to sell. In Ireland they breed to sell.

What sale or purchase are you most happy with? Hurricane Fly. I will never again buy a horse like that. He won 22 Grade 1s- just incredible.

Which purchase of yours, yet to race in Britain or Ireland, are you most looking forward to seeing race? Melon. He's a dual-purpose horse I bought from Nicolas Clement, a Flat trainer in France, and now in training with Willie.