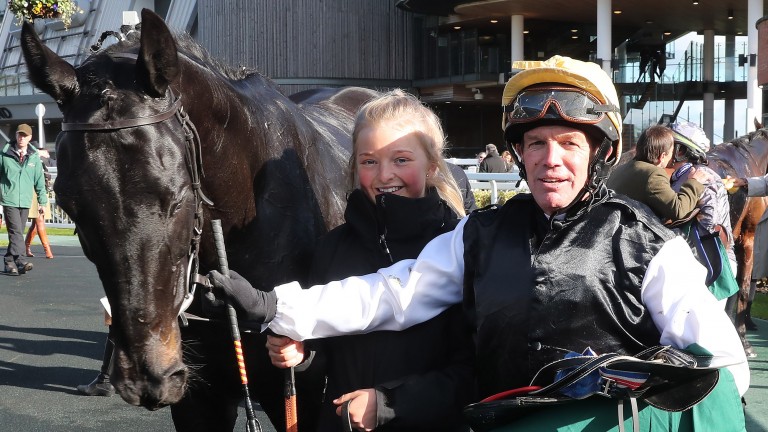 Tony Williams and Cracking Destiny and groom Robyn Crawford in the winner's enclosure after the Aintree charity race
Grossick Racing
1 of 1
By Ollie O'Donoghue 5:05PM, NOV 1 2019

Goffs UK managing director Tony 'Tubba' Williams has described winning the Countryside Alliance Charity Race at Aintree on Sunday as "an experience and a half".

"It was a super thrill," said a delighted Williams, who is set to take up a new role as chief executive of Aquis Stud Farm in Australia on January 1 next year.

"To be involved in the charity race - to ride around the track, walk the course, be in the paddock, get legged up, walk around the parade ring, go out under the stands and canter down to the start, line up in the field and race - I can't tell you how big a buzz it was.

"Aintree is without a doubt, in my opinion, the greatest National Hunt course in the world. I just love it - I think it's an amazing place. I've been to three Nationals and I couldn't tell you how many Nationals I've watched on television.

"The Aintree executive have supported us really well at Goffs UK with the sale there and the Countryside Alliance are hugely supportive of racing and all rural and agricultural pursuits.

"The combination of everything made it great for me to be involved in. I just loved every minute of it. It was a thrill and a half. I'm still excited about it and to win was even better.

"The whole team from Goffs was there and it was just wonderful. Goffs UK have supported me brilliantly and I couldn't speak highly enough of the whole group."

Williams made an unlikely return to the saddle at the age of 58 earlier this year, partnering Fly Du Charmil in two point-to-points, and bought Cracking Destiny out of the Grech and Parkin dispersal at Goffs UK in May.

Williams first rode in his native Australia in the late 1970s, winning four of his 19 starts as an apprentice, and later landed five races from 19 starts on the Australian point-to-point circuit in 1982 and '83.

"We'll see how Cracking Destiny has pulled up after the race," added Williams. "He may run in a point-to-point towards the end of November, when the season starts."

Those who wish to make a donation can do so at Tony William's JustGiving page. 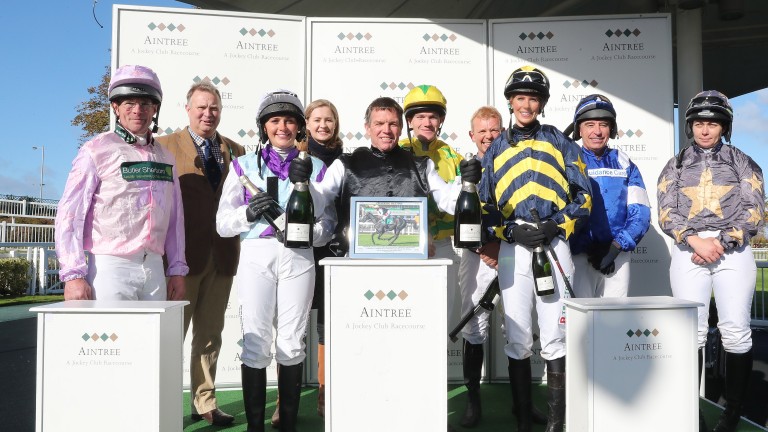 If you liked this you should read:

Tony 'Tubba' Williams preparing for his first ride since the 1980s