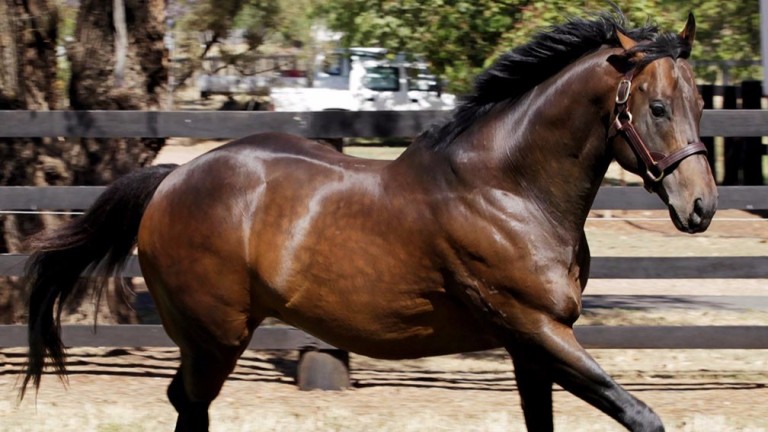 A son of red-hot Australian sire I Am Invincible topped the one-day Book 2 session of the Magic Millions Gold Coast Yearling Sale on Sunday, during which a record average for this part of the auction was set.

Grant Morgan of Ontrack Thoroughbreds reported he was hoping to continue the good run his organisation has had with progeny of I Am Invincible, best known in Europe for star sprinter and Dalham Hall Stud shuttle stallion Brazen Beau.

"The colt is a three-parts brother to I Am Snippety who unfortunately broke down when going to win a Group 2," Morgan said.

"This is the first time the mare [Yields Of Gold] has been to I Am Invincible and he is a stallion who is now commanding better prices.

"I Am Invincible is a very dominant stallion who upgrades his mares. We've had good experience with the stallion with Brazen Beau and this colt's pedigree is not dissimilar to his at the same stage.

"The colt will go to Toby Edmonds. The decision had already been made before Saturday that we'd support Toby's stable and it's great to support a local trainer who also has had great success with the sire."

"The depth and diversity of the market continued through to Book Two," Magic Millions managing director Vin Cox said. "There was a healthy gain in average while the turnover was down on the back of less numbers.

"The first five days of the Gold Coast Yearling Sale have been a tremendous success for vendors, buyers and Magic Millions alike."

Book 3 of the Gold Coast Yearling Sale will be held from 10am on Tuesday and will be followed by a racehorse sale.

FIRST PUBLISHED 2:24PM, JAN 16 2017
I Am Invincible is a very dominant stallion who upgrades his mares