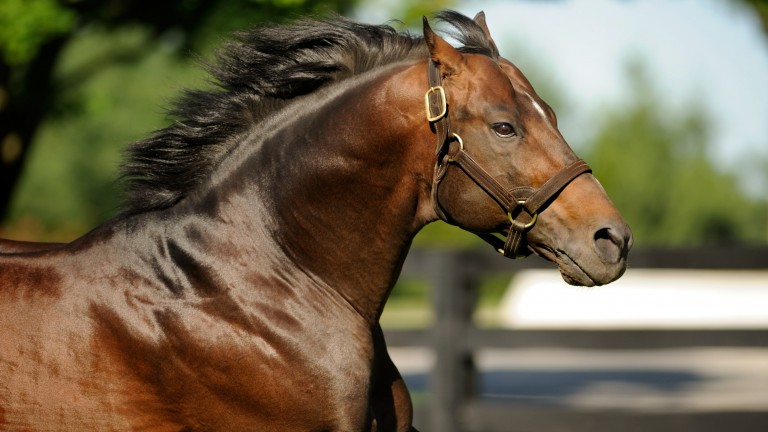 Malibu Moon, the foundation sire of B Wayne Hughes’ Spendthrift Farm, died suddenly on Tuesday in his paddock of an apparent heart attack. The distinguished son of A.P. Indy was 24.

“He started Spendthrift for us,” said Hughes, founder of the modern-era Spendthrift. “Without Malibu Moon, we are not where we are today. It takes a special horse, and he was just that. This is a sad day.”

A perennial leading sire in North America, Malibu Moon has been a staple of the thoroughbred industry for the better part of this century, significantly influencing the breed through his sons and daughters on both the racetrack and in the breeding shed.

Spendthrift owner and president Eric Gustavson said: “It’s a sad day for us. This is our first loss of this kind. It’s tough. You really develop a love for these beautiful, majestic animals. Even with Into Mischief taking over the mantle as ‘top stallion’ at the farm, Malibu Moon has always been ‘the man’ among our stallions.

"It can’t be overstated how important he has been to the development of our farm. To say he will be missed just doesn’t cover it. It’s hard to imagine Spendthrift Farm without Malibu Moon.”

Malibu Moon’s 17 Grade 1 winners all came on dirt, representing the second most by a modern-day sire on that surface only to Tapit. Malibu Moon perhaps made his greatest impact on the Kentucky Derby trail, siring winners of the Kentucky Derby (Orb) and Florida Derby (Orb), Santa Anita Derby (Gormley) and Arkansas Derby  (Magnum Moon) among other key prep races.

He has also been a highly influential broodmare sire in recent years, with his daughters producing the likes of champion Stellar Wind, Grade 1 winners Girvin, By the Moon, Bellafina and recent Preakness runner-up Midnight Bourbon, among others.

“Malibu Moon did so many things for so many people,” said Ned Toffey, Spendthrift general manager. “Our partners, Castleton Lyons and the Pons family, were so instrumental in helping develop his career and he rewarded them, and us, handsomely for it. He has truly been the horse of a lifetime.”

Country Life Farm’s Josh Pons added: “Malibu Moon was a friend. He had a special presence and was such a playful horse. When I would come visit him at Spendthrift, he always recognised me and my voice.

"Malibu Moon improved the lives of all the people he touched. He paid tuitions for the next generations of Pons family – he put five kids through college. Malibu Moon moved up everything he touched.”

Bred and raced by Hughes, Malibu Moon was second on his debut before breaking his maiden in his second start going five furlongs on the dirt at Hollywood Park as a two-year-old for the late trainer Melvin Stute. It would be his only two starts, as Malibu Moon came out of his maiden victory with a significant knee injury that would end his racing career. 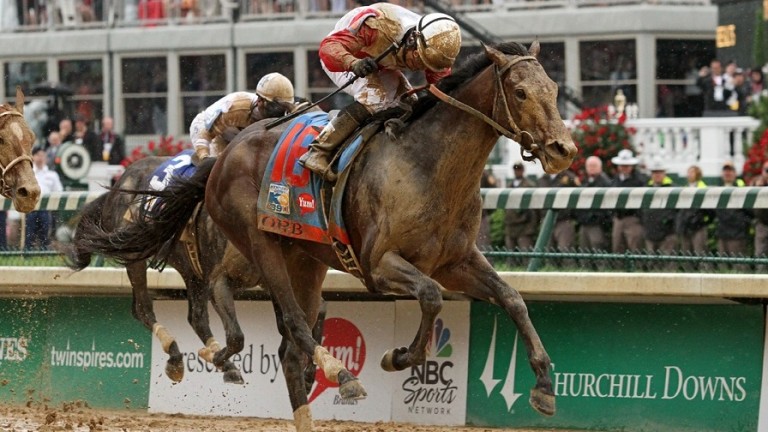 Malibu Moon took up stud duties in 2000 at Country Life Farm in Maryland, where he stood for a modest $3,000 fee and quickly became a smash from his initial crops of offspring to hit the racetrack. Declan’s Moon was a member of his second crop, helping ascend Malibu Moon’s young stud career to the next level.

He moved to Kentucky to stand his first season at the Ryan family’s Castleton Lyons in 2004 for a fee of $10,000. That was the same year Hughes purchased Spendthrift Farm.

In late 2007, Malibu Moon was moved to Spendthrift after Hughes had spent the previous few years restoring the farm to be able to stand stallions again. With the continued success of his progeny on the track, Malibu Moon stood his first season at Spendthrift in 2008 for a fee of $40,000. As he continued to reach new heights, his fee would climb to a high of $95,000 in 2014 following Orb’s Derby triumph the season prior.

Since arriving in Kentucky in 2003, Malibu Moon has been cared for and overseen daily by Wayne Howard, the current Spendthrift stallion manager who was at Castleton Lyons until he and Malibu Moon both moved to Spendthrift.

Howard said: “Malibu Moon – ‘Boo Boo’ to me – will be sadly missed by all of us at Spendthrift. Personally, the 18 years I had the pleasure to care and work with Malibu Moon have been a journey I believe we both enjoyed immensely. He was most definitely the boss, I just followed his lead."

Always known for his strong physical stature and good looks, the bay Malibu Moon was out of the Mr. Prospector mare Macoumba, whom Hughes purchased and imported from France following her successful Group 1-winning racing career.

Malibu Moon is a half-brother to Parker’s Storm Cat – another stallion bred by Hughes – and his half-sister Curriculum is the dam of Spendthrift homebred runner and sire Temple City.

FIRST PUBLISHED 11:13AM, MAY 19 2021
Without Malibu Moon, we are not where we are today. It takes a special horse, and he was just that