Holland in town on hunt for breeze-up gems

Three Book 2 yearlings on their way to Grove Stud 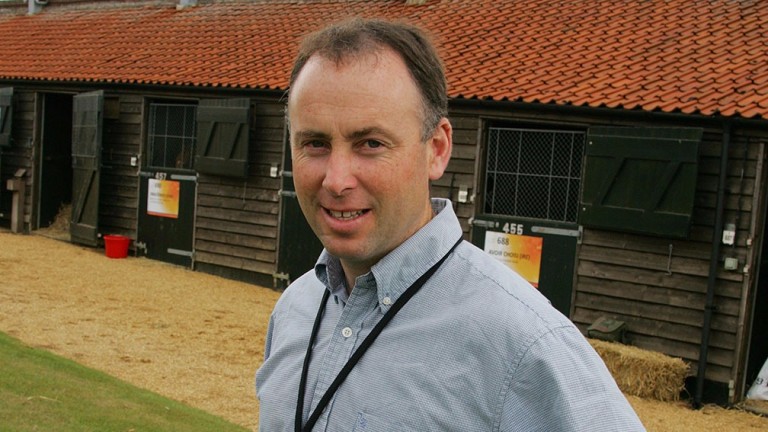 Keeneland pinhooks contributed to a spectacular breeze-up season in Europe this spring, and Brendan Holland will duly be returning to County Cork with at least three yearlings from the September Sale to prepare for 2018.

The Grove Stud man bought a More Than Ready colt and fillies by Arch and Verrazano during the opening session of Book 2 on Tuesday, continuing what has been a successful practice of tapping American speed and precocity for resale in Europe.

"We're trying to be quite sire specific," Holland said. "You've got to bring home something [European buyers] are familiar with and that has worked over there before."

Competition for yearlings at Keeneland has been strong, Holland said, adding that he also found prices at the inaugural Fasig-Tipton Turf Showcase sale on Sunday to be high for those individuals with good physical attributes.

His first purchase at Keeneland was Hip 250, a $160,000 More Than Ready colt out of the stakes-winning Unbridled's Song mare Generosity. Bred by Peter E Blum Thoroughbreds and sold as a weanling for $60,000 to Machmer Hall, the colt is a half-brother to stakes winner Integrity. "He looks like a really quick horse with great action," Holland said.

The Arch filly is a full sister to British stakes winner Desert Phantom, consigned by Penn Sales, who cost $135,000. "She has a lovely quality, a great outlook," Holland said. "And her full brother won over six furlongs, which is unusual for an Arch."

He admitted his purchase of the Verrazano filly, for $25,000 toward the end of the session, to have been somewhat impulsive. But the bay, bred by the Gary and Mary West Stables, has class in her pedigree – being out of a full sister to Grade 1-placed Floating Heart, by Giant's Causeway. The filly's second dam Love Lock is a Grade 1 winner.

"She caught my eye in the back ring," Holland said. "I thought she was lovely and I just took a chance on her."

Looking back at past Keeneland September purchases, Holland reckoned Waterway Run to be probably his most satisfying. That daughter of Arch was acquired for $15,000 in 2011 prior to her resale the following year for €55,000 to Anthony Stroud Bloodstock at the Arqana May breeze-up sale.

Waterway Run went on to win stakes races either side of the Atlantic and was sold in foal to Australia by owner Martin Schwartz at the Tattersalls December sale in 2015 for 450,000gns to Mount Brilliant Farm of Kentucky. Waterway Run's colt foal by Australia is catalogued as Hip 294 in Book 1 of the Tattersalls October Yearling Sale.

"Waterway Run was the best I ever bought at Keeneland: she was lucky for everybody!" Holland said.