Martin Stevens with his charity bet for leading first-season sire 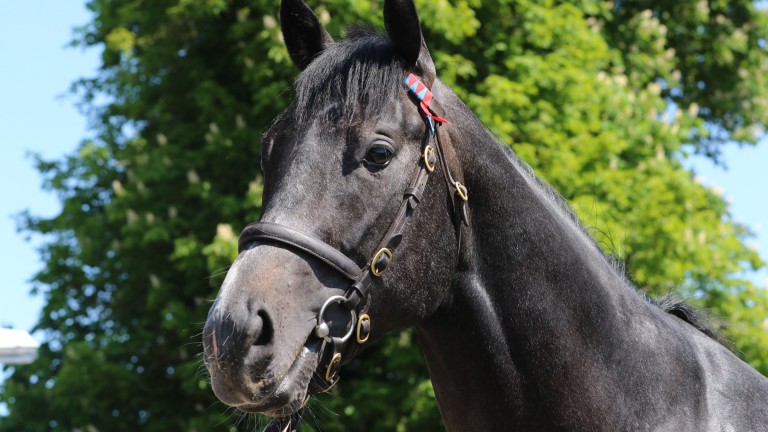 Gutaifan: career is overseen by Yeomanstown Stud, who built his sire Dark Angel into a colossus
Peter Mooney
1 of 1
6:40PM, MAR 23 2019

RaceBets have once again kindly underwritten my one chance a year to play Pricewise by picking the leading first-season sire by number of winners in Britain and Ireland, with £50 on the opening odds of my choice going to charity if successful.

That's some burden of responsibility, as if putting one's intellectual credibility on the line wasn't daunting enough. Where to start making a selection that will expose oneself to as little ridicule as possible? The two-year-old performances of the class of 2019 is probably a reasonable first stop, as precocity usually begets precocity.

A look at the last ten sires who fielded the most winners in their freshman season appears to confirm that supposition, with only Society Rock, Sakhee's Secret and Iffraaj not having achieved three-figure Racing Post Ratings at two, albeit Society Rock landed a valuable Tattersalls sales race and the latter pair won maidens at that age.

But if we take a three-figure juvenile RPR as a general criterion of champion freshman success, we can rule two notable names this year out of calculations – Golden Horn and Make Believe. Both horses won first time out in the October of their two-year-old seasons and might be expected to have later blossoming stock; a fine trait that will serve them well as Classic sires but might not aid them in this particular competition.

The other obvious benchmark of a fruitful freshman season is having larger representation – more darts to throw at the board.

No Nay Never, who reigned in this department last year, was an outlier in that he had 'only' 86 first foals – a fact that wins him even more credit for his exploits. In the preceding nine years of leading first-season sires by volume of winners, only Sakhee's Secret had also defied a two-digit headcount of debut two-year-olds, with seven having at least 110 on the ground.

Taking a conservative figure of 100 juveniles as a minimum requirement for this year's freshmen means the likes of Brazen Beau, Cappella Sansevero, Due Diligence, Fountain Of Youth, Hallowed Crown and Hot Streak are out of contention. That is not to say that they will not be able to shine as sires in the months ahead and, in light of their smaller delegations, whatever they achieve deserves to be looked on more favourably.

We are left with a long-list of stallions who have the requisite two-year-old talent and firepower that comprises Anjaal, Cable Bay, Gleneagles, Gutaifan, Ivawood, Muhaarar, Night Of Thunder and Outstrip.

How to whittle them down further? The last ten years' of results suggest the location of the stallion's career plays an important part in their future fortunes. Eight of those who led their peers by quantity of winners stood their initial season at stud in Ireland, with only Sakhee's Secret and Dubawi having started out in Britain.

That means Cable Bay, Muhaarar – RaceBets' favourite – and Outstrip are ruled out, but none of them lightly. Cable Bay was a high-class two-year-old by an increasingly important sire of sires in Invincible Spirit; Muhaarar was an outstanding racehorse whose yearlings were in phenomenal demand; and Outstrip holds excellent credentials as a Breeders' Cup Juvenile Turf winner by Exceed And Excel out of a Grade 1 winner.

Now we are down to Anjaal, Gleneagles, Gutaifan, Ivawood and Night Of Thunder. Staying on the theme of the teams behind them, all have good form in the book.

Anjaal hails from the Rathasker Stud academy that has launched the likes of Mujadil, Fast Company and Bungle Inthejungle down the years; Yeomanstown Stud played a significant part in building Gutaifan's sire Dark Angel into a colossus; Night Of Thunder stood his first season at Kildangan Stud, as did Iffraaj, who holds the European record for number of two-year-old winners in a first crop; and Gleneagles and Ivawood are flying the flag for Coolmore, who produced half of the last six most productive freshmen in No Nay Never, Zoffany and Mastercraftsman.

All have their individual enticements on pedigree, although the recent first-season sire roll of honour has a wide range of lines represented, so perhaps not too much should be read into that. History also shows stallions with an assortment of different opening covering fees can do it.

It is difficult to decide between the final five but one figure stands out, and that is Gutaifan's huge tally of 163 two-year-olds.

In a betting market whose winner is decided by quantity rather than quality – which is not to say the stallion won't be able to transmit both – that stat could prove decisive.

FIRST PUBLISHED 6:40PM, MAR 23 2019
The last ten years' of results suggest the location of the stallion's career plays an important part in their future fortunes