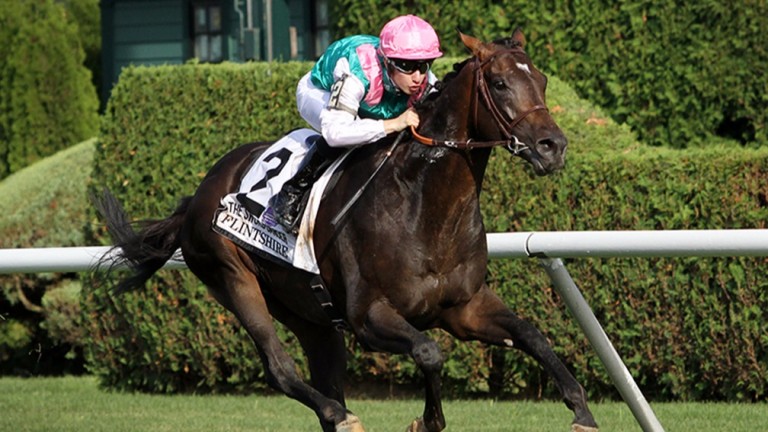 Hill 'N' Dale Farm has announced that five-time Group/Grade 1 winner Flintshire is to stand the 2017 breeding season at a fee of $20,000.

The Juddmonte homebred, whose final race came when a gallant runner-up to Highland Reel in the Breeders’ Cup Turf, won eight of his 24 career starts and amassed prize-money of more than $9.5 million.

His five top-level successes were gained across three different continents, with wins coming in the 2013 Grand Prix de Paris, the 2014 Hong Kong Vase, the 2015 Sword Dancer Stakes and this year’s renewals of the Sword Dancer and Manhattan Stakes.

Prior to his final start it was announced that a partnership including Hill 'n' Dale Farms, S F Bloodstock, China Horse Club, and Juddmonte Farms had been formed to stand the son of Dansili.

Garrett O'Rourke, general manager of Juddmonte's operation near Lexington, told bloodhorse.com: "He's by our most accomplished stallion, from one of our best families. He's our leading earner ever and one of the soundest and most honest horses we have ever raced.

"He has a regal temperament and a will to win that shows in his scintillating turn of foot. We are very proud of him."