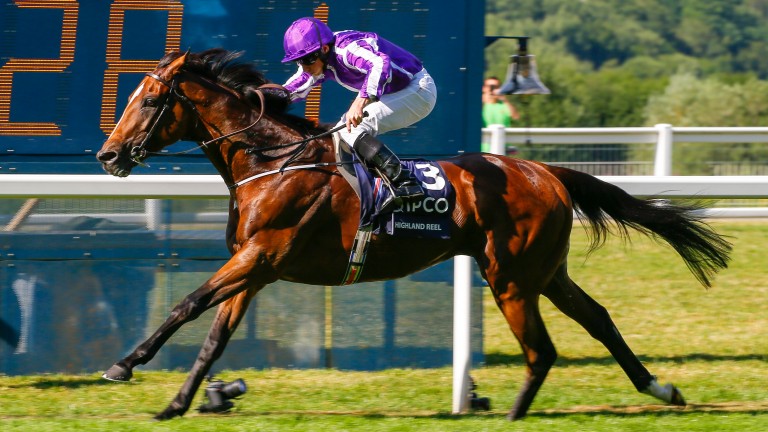 The hugely popular globetrotting Highland Reel was provided with his first runner on Thursday as Highland Premiere struck at Hamilton on the third attempt.

Bred by Worksop Manor Stud and a 32,000gns purchase from the Tattersalls December Foal Sale to JC Bloodstock, the colt then made 15,000gns from Tattersalls Book 2 to Mark Johnston.

The seventh foal out of stakes-winning Forthefirstime, a Dr Fong half-sister to the Listed scorer and Group 3-placed Exceed And Excel mare Pyman's Theory, Highland Premier was fourth on debut at Ripon and then placed third at Nottingham last month.

Having retired to Coolmore's Irish base for the 2018 breeding season, the nine-year-old has a first crop of 140 juveniles to represent him this season. He stands for a fee of €10,000.

The Cazoo Oaks: assessing the pedigrees behind an open-looking Classic field