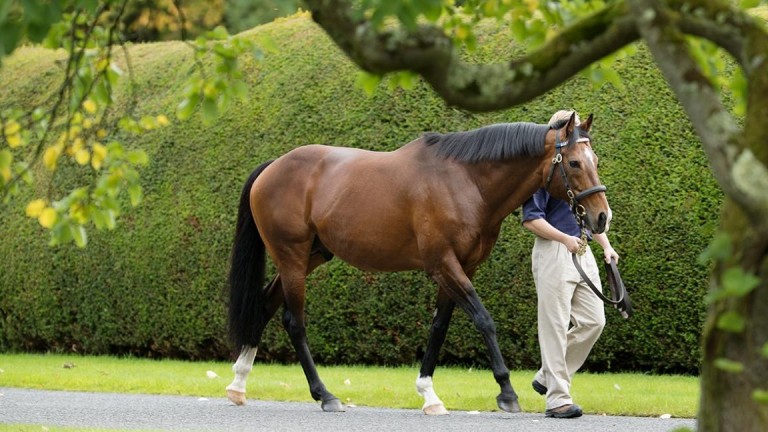 Fast Company, Darley stallion and sire of rags-to-riches Irish 1,000 Guineas heroine Jet Setting, has died at the age of 15 having been euthanised after his health deteriorated markedly because of an existing medical condition.

Sam Bullard, director of stallions at Darley, said: "Fast Company has been a great servant and will be greatly missed by the team at Kildangan Stud. He has been a reliable source of winners for breeders and with his first Darley-sired runners hitting the track this year, he was a stallion with his best years in front of him."

He is best known for supplying Jet Setting, who began life as a €7,000 foal but, having been signed for by John Kilbride at 12,000gns when still a maiden, went on to record a memorable Group 1 success for Adrian Keatley and the Equinegrowthpartners Syndicate in the Irish Classic.

Jet Setting was later sold to the China Horse Club for £1.3 million at the Goffs London Sale. 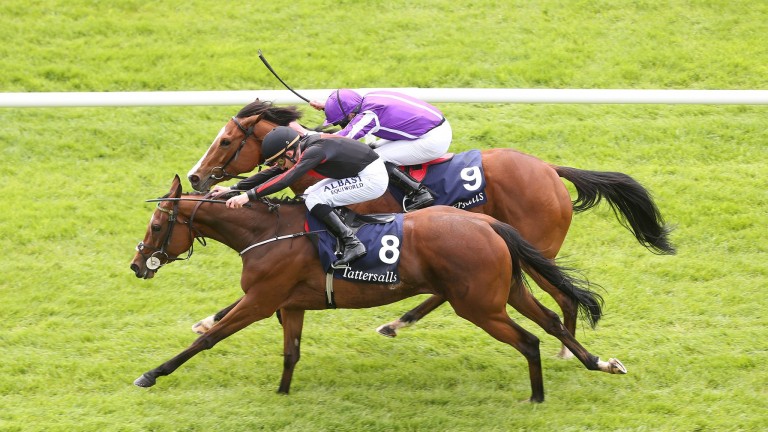 Jet Setting (8) sees off Minding to win the Irish 1,000 Guineas
CAROLINE NORRIS
His first crop ensured he got off to a fast start on the racetrack and in the sales ring, with Baitha Alga bringing £210,000 at the Goffs UK Premier Yearling Sale before going on to win the 2014 Norfolk Stakes, while Devonshire topped the Goffs Sportsman Sale at €100,000 before claiming the Group 2 Lanwades Stud Stakes.

Eamon Moloney, nominations manager at Kildangan Stud, added: "It is very disappointing to lose Fast Company, who had been so well supported since moving to Kildangan Stud. A remarkably good-looking individual with a wonderful personality, he will be sorely missed at the stud."

The son of Danehill Dancer and the Zafonic mare Sheezalady lived something of a nomadic life while on stallion duty, having initially stood at Rathasker Stud, where he spent five years, before transferring to Overbury Stud in Britain for a solitary season in 2016.

In light of Jet Setting's Classic-winning exploits, Fast Company was welcomed back into the Darley fold ahead of the 2017 breeding season and, thanks to his popularity among Irish breeders, he still has big numbers in the pipeline. 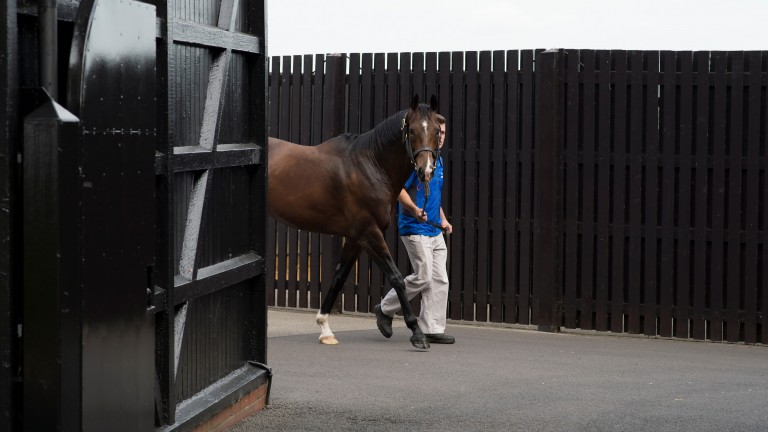 Fast Company at Dalham Hall Stud ahead of the Darley stallion parade
Edward Whitaker
He also shuttled to Chile's Haras Convento Viejo, from where he sired Robert Bruce, the winner of four local Grade 1s before he switched to the powerhouse stable of Chad Brown, for whom he won the Arlington Million.

Fast Company ran just three times while under the care of Brian Meehan, but even a brief racecourse career was enough for him to showcase his considerable talent. He made a winning debut at Salisbury by three lengths, before he routed the opposition to land the Group 3 Acomb Stakes on his second outing.

His third and final appearance came in a vintage renewal of the Dewhurst Stakes, where he went down by just half a length to New Approach, with Raven's Pass, Rio De La Plata and Dark Angel among those in behind.

He transferred to the ownership of Godolphin after his Dewhurst effort, but injury prevented him from ever running for Saeed bin Suroor.

Bred by Limetree Stud Ltd And Aerial Bloodstock, Fast Company twice changed hands at public auction, first when pinhooked by Ciaran 'Flash' Conroy's Glenvale Stud at 54,000gns at the Tattersalls December Foal Sale, before he was sold on to Earle Mack through Citywest Inc Ltd for 140,000gns at the following year's Book 1.

Business as usual for Japanese studs despite coronavirus state of emergency

FIRST PUBLISHED 12:54PM, MAR 6 2020
With his first Darley-sired runners hitting the track this year, he was a stallion with his best years in front of him