International PASSING OF A CHAMPION

Darley America stallion leaves a significant influence on the breed 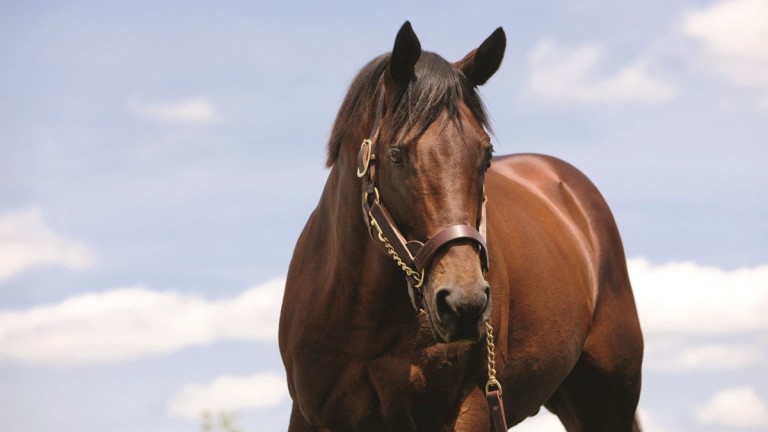 Pensioned champion North American sire Elusive Quality has been put down due to the infirmities of old age.

The son of Gone West, who was 25, leaves a significant imprint on the breed, having supplied successful sires such as Elusive City, Evasive, Quality Road, Raven's Pass and Sepoy, and appearing as damsire of several top-class horses.

Elusive Quality spent most of his stallion career under the Darley banner at Jonabell Farm in Kentucky and Dan Pride, chief operating officer of Godolphin in America, said the sire “represented so many things to so many people”.

“He was one of Sheikh Mohammed’s early racing successes here in the US and he then was the second stallion to stand for him in America with Quiet American being the first,” he added.

“His son Smarty Jones won the Derby and captured the hearts of a nation. And to the team here at Jonabell, he was just a pleasure to be around and he’s going to be greatly missed.”

Elusive Quality won at the first time of asking, breaking his maiden impressively at Belmont Park by 11 and a half lengths. Although he didn’t win a Grade 1 contest during his racing career, he put up several impressive performances, not least at four when he broke the track record at Gulfstream Park and then on his second career start on the turf when he broke the world record for a mile in the Grade 3 Poker Handicap.

He won seven other races, including the Grade 3 Jaipur Stakes, and was also stakes-placed in the Grade 2 King’s Bishop Stakes and Grade 2 Tom Fool Handicap.

Elusive Quality started out at stud at a fee of just $10,000 but that soon soared as his first crop yielded the Prix Morny winner Elusive City – later a Classic sire himself – and his second crop contained the popular Kentucky Derby and Preakness Stakes winner Smarty Jones, beaten just a length into second by Birdstone in his Triple Crown attempt in the Belmont Stakes.

Smarty Jones's Classic victories helped Elusive Quality to become champion North American sire in 2004, and his covering fee hit a high of $100,000 in 2005 to 2007. That had dropped to $30,000 last year, before he was retired from the breeding shed.

From 2003 until 2008 Elusive Quality shuttled to Australia, where he left the champion Sepoy and Inglis Sires' Produce Stakes winner Camarilla, and from 2009 to 2011 he covered in Brazil, where he was represented by Grade 1 winners Avenger Of Light, Birkin Bag, Bonaparte, Colorado Girl and Last Kiss.

Pride said: “I think we’ll continue to see Elusive Quality’s influence felt for quite some time, especially through the likes of successful sons like Quality Road as well as through his stakes-producing daughters.”

Quality Road ranks as one of America's most exciting younger sires with his early crops conceived at Lane's End Farm having come up with six Grade 1 winners – Abel Tasman, Caledonia Road, City Of Light, Hootenanny, Illuminant and Klimt.

In all, Elusive Quality has sired a total of 242 stakes horses worldwide to date, 130 black-type winners and 52 Graded or Group winners, 14 of whom have been victorious at the highest level.

Champion German racehorse and sire Samum passes away at 21