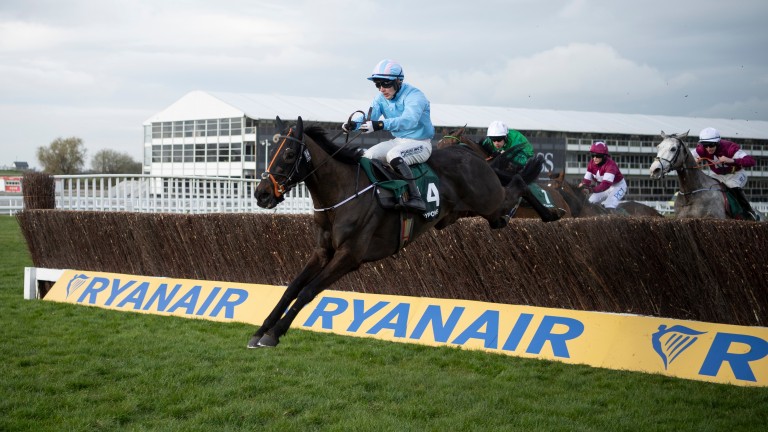 The Shunter: bred by James O'Connor and an emphatic festival winner
Edward Whitaker (racingpost.com/photos)
1 of 1
By Kitty Trice 5:21PM, MAR 18 2021

The Shunter's connections will be celebrating the Morebattle Hurdle-Cheltenham Festival double that yielded a whopping bonus of £100,000 courtesy of bet365, but for breeder James O'Connor there was also particular pleasure in seeing his homebred's Plate Handicap Chase success.

Having stood the eight-year-old's damsire Gulland at Forth Mountain Stud in Barntown, County Wexford, it is a family O'Connor has nurtured for a number of years.

He said on Thursday in the wake of The Shunter's Cheltenham triumph: "I still have the mare [Tornado Lady], she's not in foal this year but we're hoping to go to Yeats. She's in good nick and has had only a few foals."

Tornado Lady is a full-sister to Grade 2 Webster Cup Chase winner Sumkindasuprstar and a half-sibling to two further black-type performers in Horizontal Speed and Florida Express.

O'Connor added: "The Shunter was a straightforward youngster, always a lovely mover and a big first foal. The mare also has a four-year-old by Sans Frontieres."

The Shunter was making it a fifth win from 26 starts under rules, all his victories having come since September. He joined Emmet Mullins' yard last June.

FIRST PUBLISHED 5:21PM, MAR 18 2021
He was a straightforward youngster, always a lovely mover and a big first foal