At The Sales US BREEDING-STOCK

'He seems to be putting an intangible quality in his foals' 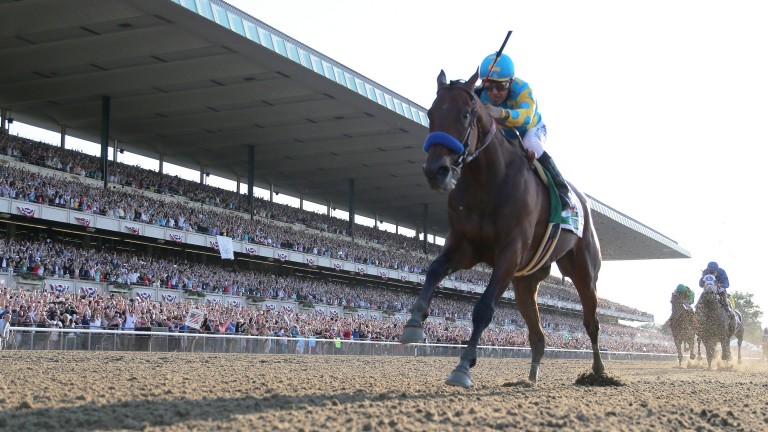 There will be a rare new dimension to the November bloodstock sales in Kentucky, something not seen in this marketplace for nearly four decades.

The first foals sired by a Triple Crown winner since Affirmed’s initial crop was born in 1981 will make their public debuts, with colts and fillies by American Pharoah sure to draw a significant share of attention from buyers.

Six have been catalogued at Fasig-Tipton, while 22 have been entered for the larger Keeneland auction, and, as a group, they have drawn acclaim from horsemen who have seen or raised foals by the 2015 American Horse of the Year.

“We’ve been really excited about them. His foals are nothing short of awesome,” said Mark Taylor of Taylor Made Sales, which has consigned four American Pharoah weanlings to the Keeneland sale, including a grey colt out of Tapit’s Grade 1-winning daughter Joyful Victory. That colt, hip 73, was bred by Marie Jones. 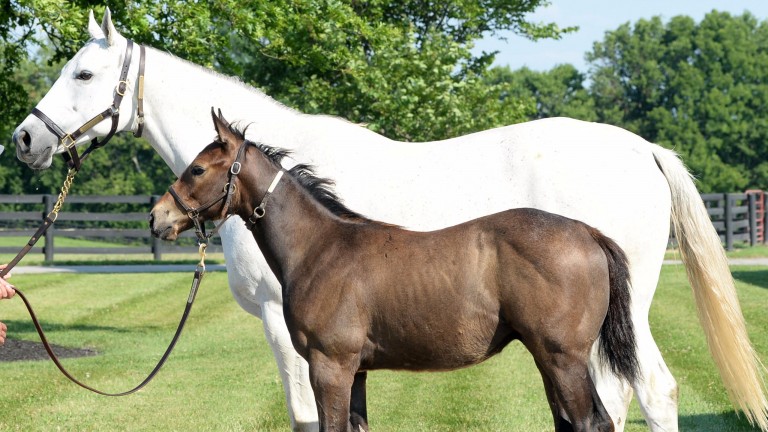 “American Pharoah just seems to be putting an intangible quality in his foals. They kind of have this swagger and this balance, and they’re correct with good bone,” Taylor said.

Gabriel Duignan of Paramount Sales, which is also consigning four American Pharoah weanlings at Keeneland, praised the general quality of the foals.

“I think he’s throwing a lot of himself,” Duignan said. “They have exceptional minds, good action and they’re just overall solid horses.”

American Pharoah covered 208 mares in his first season at Coolmore’s Ashford Stud. Service to the son of Pioneerof The Nile was offered to some breeders at a special arrangement of two mares for the price of one.

With his extraordinary race record and a powerful breeders’ incentive, the horse received a large number of high-quality runners and producers, and his foals reflect that level of support.

“As a rule, they’re big, strong, correct horses who are just like him in that they’re very good-moving horses. We have a big group of them on the farm and they all seem to have inherited his exceptional disposition too,” said Ashford manager Dermot Ryan.

“Not surprisingly, there has been a huge amount of excitement surrounding his first foals. He has been supported by the best breeders and the foals are out of the highest-quality mares, so we expect that excitement to spill over into the auction ring,” Ryan continued. “I don’t think the significance of a Triple Crown winner’s foals being offered for the first time in so long will be lost on people, and there’s sure to be a lot of buzz about them.”

At Fasig-Tipton, the filly who resulted from American Pharoah’s first covering at Ashford will be offered by Eaton Sales. As a half-sister to Bodemeister – the young sire of Kentucky Derby winner Always Dreaming – the filly out of the Storm Cat mare Untouched Talent is a potential long-term jewel for any stable.

MV Magnier paid $5 million for Untouched Talent at Fasig-Tipton in 2012 and the Graded stakes winner produced fillies by Galileo in 2014 and 2015. Foaled on January 15, the American Pharoah filly is cataloged as hip 46.

Another intriguing American Pharoah foal at Fasig-Tipton is a bay colt produced by Dancing Trieste, the dam of Coolmore’s stakes-winning Giovanni Boldini who placed in both the Breeders’ Cup Juvenile Turf and the Curragh’s National Stakes. 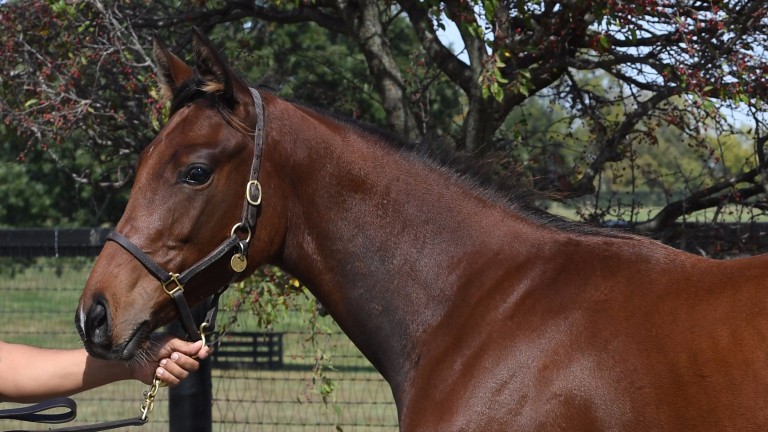 Hill ‘n’ Dale Sales Agency has consigned the colt out of Dancing Trieste, who is cataloged as hip 63.

At Keeneland, five of the weanlings by the Triple Crown winner are out of Grade 1 winners and two are half-brothers to Grade/Group 1 winners.

Among the most eyecatching of the catalogue pages is that belonging to hip 283, a grey colt out of the Holy Bull mare Mekko Hokte and thus a half-brother to Coolmore’s sensational multiple Group 1 winner Caravaggio. Paramount Sales has consigned the colt, who was bred by Windmill Manor Farm and Petaluma Bloodstock.

“He’s exceptional. You couldn’t ask for a nicer foal,” said Duignan. “He has great action and quality. He’s a special foal.”

The Niarchos family bought Mekko Hokte’s yearling filly by Scat Daddy for $550,000 at Keeneland in September.

Another particularly prominent American Pharoah weanling at Keeneland is hip 301, a bay colt bred by Brushwood Stable and consigned by Eaton Sales. The colt is a half-brother to Breeders’ Cup Classic winner Mucho Macho Man.

Brushwood purchased Ponche De Leona for $775,000 at the 2014 Keeneland January sale and the mare’s current two-year-old, a Tapit colt named Marconi, was bought by Magnier and Bridlewood Stable for $2 million at the 2016 Keeneland September yearling sale. 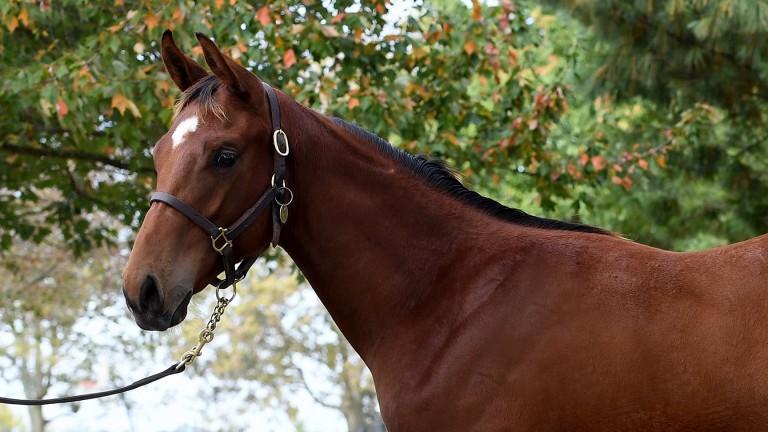 The dams of those foals are also catalogued for sale after Stronach’s announcement that he is entertaining offers for his Adena Springs property near Paris, Kentucky. Adena has consigned a total of 111 individuals to the Keeneland sale.