A trio of well-related Galileo youngsters sold for an aggregate of ?630,000 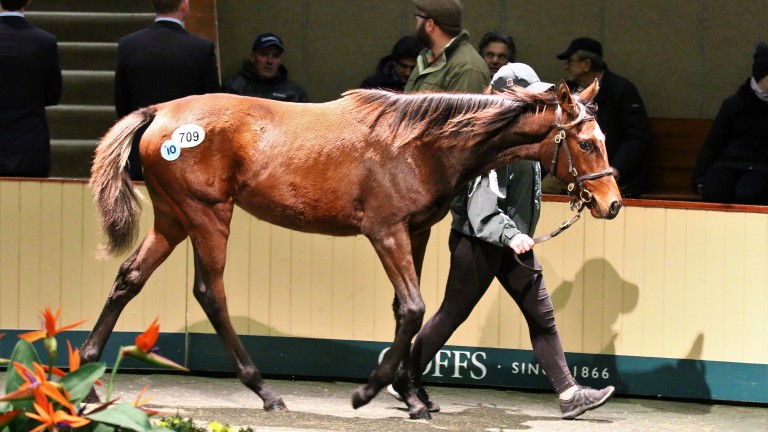 Trade may have peaked during the third and final session of Part 1 of the Goffs November Foal Sale on Wednesday, but with some choice offerings coming under the hammer the levels reached perhaps fell a little shy of what had been expected.

It was not that long ago that a daughter of Galileo topped the Goffs Orby Sale at €3.2 million, so big things were anticipated when a quartet of foals by the perennial champion sire came up for auction on Wednesday, but in the event only three sold for an aggregate of €630,000.

The priciest of the trio was the half-sister to dual Derby hero Harzand who went the way of Hugo Merry for €300,000.

"Here she is," announced Henry Beeby as the filly entered the ring, "arguably the best-bred foal to be sold anywhere in the world this year."

The auctioneer looked for for an opening bid of €500,000, but it was not until he dropped down to €50,000 that he found an offer forthcoming, a price at which the blue-blooded filly remained for an uncomfortably long time, as Beeby scanned the auditorium and asked: "what are you waiting for?"

Among those who eventually joined the fray was Merry, and he persisted until the gavel came down in his favour.

"I've bought her for myself, Jane Allison and another friend of mine," explained Merry, who has enjoyed some noteworthy success as a breeder from his Kilshannig Stud in Cork, including with Irish Oaks heroine Covert Love.

"It was just a notion - how else are we going to get into a pedigree like that?" he continued. "Galileo is a wonderful broodmare sire and that price is about €200,000 less than his stud fee. Other than looking at her a couple of days ago we hadn't done any real work on her.

"We'll give her all the time she needs as she's a very backward sort of filly, so we'll see. I've already had calls from two people very happy to take shares so that's encouraging." 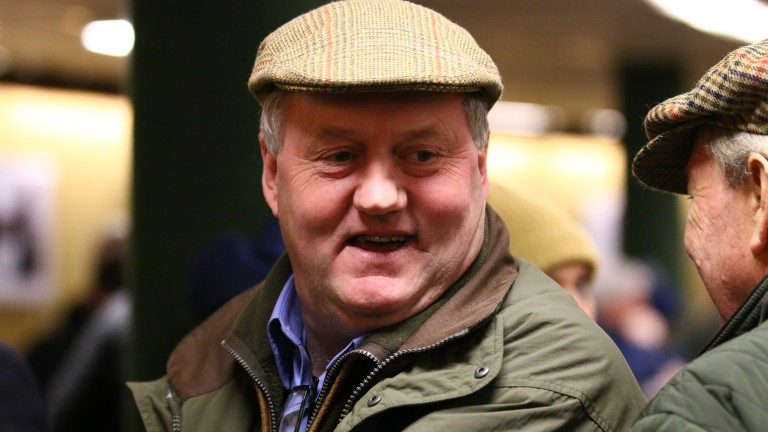 Hugo Merry: "How else are we going to get into a pedigree like that?"
Peter Mooney
The filly is out of Hazariya, a daughter of Xaar who won a Listed race for the Aga Khan. She was bought by Coolmore and Mayfair Speculators for a sale-topping 2,000,000gns at the 2016 Tattersalls December Sale, the year of Harzand's Classic victories.

The second-most expensive Galileo foal to sell could yet reappear at the yearling sales, after Ciaran 'Flash' Conroy of Glenvale Stud went to €170,000 for the half-brother to Besharah, while other to sell, a filly out of Replete, herself a daughter of the great Banks Hill, was knocked down to Jim Bolger for €160,000.

The other foal, a half-brother to Australian Group 1 winner and high-achieving young sire Zoustar - who will shuttle to Tweenhills Stud for 2019 - was led out of a surprisingly quite sales ring unsold at just €85,000.

All four foals were bred by Coolmore and sold through The Castlebridge Consignment.

Tattersalls and Newmarket courses combine for £100,000 Somerville graduate race Half-sister to Chacun Pour Soi among further wildcards for Arqana Summer Sale Diverse cast of entries as 77 lots catalogued for Tattersalls' next online sale Yellowford relishing the pressure as Hurricane Fly's brother heads to Derby Sale 'Dad changed the game in that horses became an international trading currency' 'This sale is just the consequence of a long and gradual walk away'