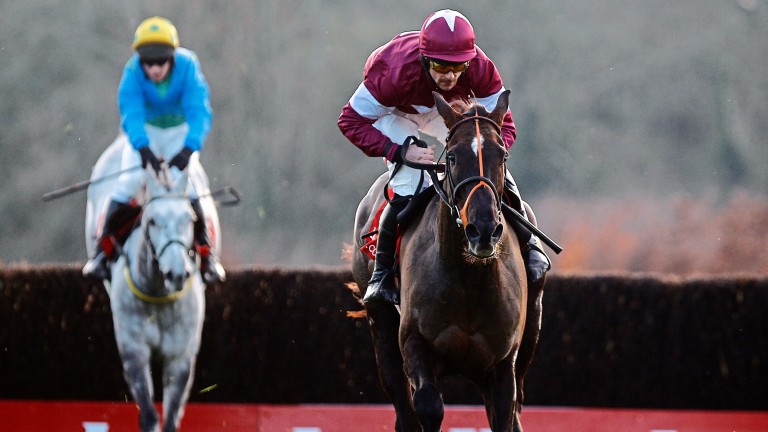 Last Instalment was a multiple graded winner for Gigginstown House Stud
Patrick McCann
1 of 1
By Bloodstock World Staff 2:39PM, NOV 29 2019
The first 20 entries have come in for the Tattersalls Cheltenham December Sale, which takes place in the racecourse's sales arena after racing on the first day of the International Meeting.
Colin Bowe's Milestone Stables is responsible for three of the catalogue full of those with winning and placed form from point-to-points and bumpers.
He has entered Visionarian, a son of Vision D'Etat who made an impressive debut here when running out an emphatic winner of a four-year-old geldings maiden at Knockmullen House, along with Jeremy gelding Askinvillar, who scored at Kirkistown last weekend.
Included in a three-strong draft of winners from Denis Murphy's Ballyboy Stables is Honest Exchange, a Gold Well half-brother to the Irish Gold Cup victor Last Instalment and a winner of two of his three pointing starts.
Donnchadh Doyle offers another who opened his account last weekend through Ocean Drifter, who came clear at Lingstown.
The next generation of Cheltenham graduates have been excelling on the racecourse with sixty-six individual winners of bumpers and novice races over hurdles and fences since October 1 and counting.
They include Andy Dufresne, Battleoverdoyen, Brewinup'astorm, Keeper Hill, Maire Banrigh, Slate House and The Big Getaway.
The main catalogue will go to print on Monday December 2 but you can view the first entries here.