Aisling Crowe reports from the Flat Foal and Breeding-Stock Sale 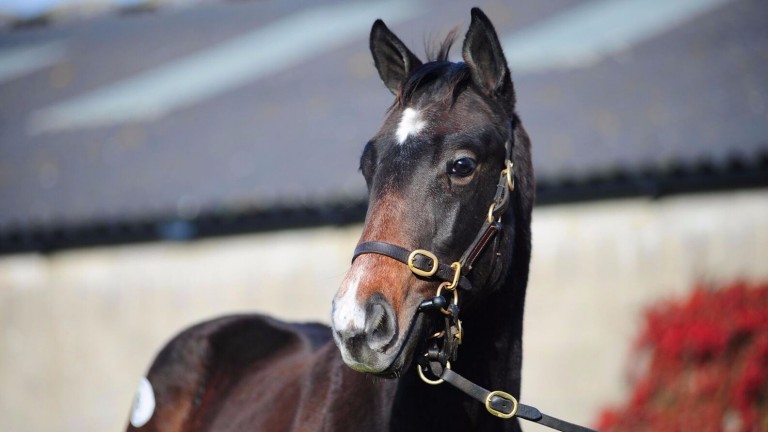 Gutaifan was the word of the day at the Tattersalls Ireland Flat Foal and Breeding-Stock Sale on Friday, with the first foals of the dual Group 2-winning juvenile, who stands at Yeomanstown Stud, creating a stir in the ring.

A well-related filly by the Group 1 Prix Morny runner-up fetched €58,000, more than double the price of the best-selling foal from last year's inaugural sale.

Consigned by Timmy Hillman's Castledillon Stud, the grey filly is a half-sister to Newsletter, a Listed sprint winner at three and third in the Group 2 Queen Mary Stakes as a juvenile for trainer Ken Condon.

The O'Callaghan family masterminded the ascent of Dark Angel to the highest echelons of the stallion ranks and they are giving his son every opportunity of emulating him.

Yeomanstown Stud purchased the filly, who will likely reappear in a yearling sale next Autumn.

"She is a lovely, racey type of filly and looks a real runner. I am looking forward to seeing more of Gutaifan's foals in the coming weeks," said Gay O'Callaghan of Yeomanstown Stud. 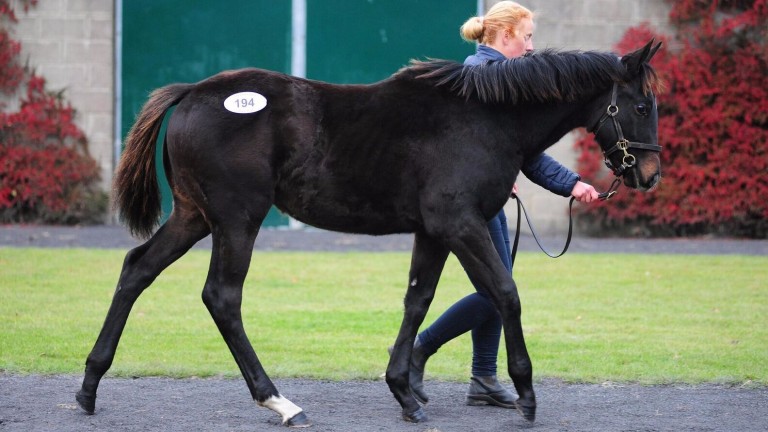 Lot 194, a Gutaifan colt, is snapped up for €58,000 by Yeomanstown Stud
Tattersalls Ireland

Breeders with Gutaifan foals will be heartened by the demand for his progeny at Friday's sale with another colt, out of a Royal Ascot-placed two-year-old, selling for €27,000.

Pat Donworth bought the colt consigned by Derek Veitch's well-regarded nursery Ringfort Stud. The colt is out of the Albany Stakes-placed She's A Character, who produced a winner with her first foal. The colt is likely to be resold as a yearling.

Yellowford Farm enjoyed a profitable day of selling with two of the top-five lots emerging from the County Cork farm.

First through the ring for the Motherway family was a son of Ballyhane Stud's Dandy Man, who has sprinter's blood on both sides of his family. His dam is closely related to Hamish McGonagall, twice placed in the Nunthorpe Stakes and third in the Prix de l'Abbaye, and she has produced a winner with her second runner, the Choisir three-year-old filly Clear As A Bell.

The Dandy Man colt was purchased by Micheal Magill and will be aimed at Book 2 at Tattersalls next year, a familiar setting for Magill who sold that sale's most expensive yearling in 2016 - a Kodiac half-brother to Vale Of York purchased by John Ferguson for 380,000gns.

"This colt is all about speed," said Magill. "His dam is by Compton Place and out of a Danehill mare, so there is plenty of speed there to back up Dandy Man. That's what people want when looking for a yearling."

A short while later, Yellowford Farm sent their second foal into the fray, a filly from the second crop of Darley's dual Group 1-winning sprinter Slade Power. The bay is the second foal out of Dittander, a Exceed And Excel juvenile winner out of Penny's Gift, the German 1,000 Guineas winner. This foal will also be offered for resale as a yearling by her purchaser, John Foley.

"She is a very nice, racey filly out of a winning two-year-old, which buyers like and hopefully she will be lucky," remarked her new owner.

One of the highlights of the mare's section was La Arcadia, a daughter of Lope De Vega and closely related to the two-year-old Lope De Vega filly Capla Temptress, who won the Grade 1 Natalma Stakes for Marco Botti in September. The four-year-old was another to be offered by Castledillon Stud and is a half-sister to Mrs Beeton, dam of Capla Temptress.

Purchased in foal to Pearl Secret for €20,000 by agent Peter Nolan, La Arcadia will be among the first book of mares to be covered by Mondialiste, as Nolan was acting on behalf of the Turnbull family, who own the Arlington Million and Woodbine Mile winner and are launching his stallion career at their Elwick Stud.

Born To Size bound for the West Country after Ascot sale