Figures helped thanks to the Wildenstein Stables Ltd Dispersal 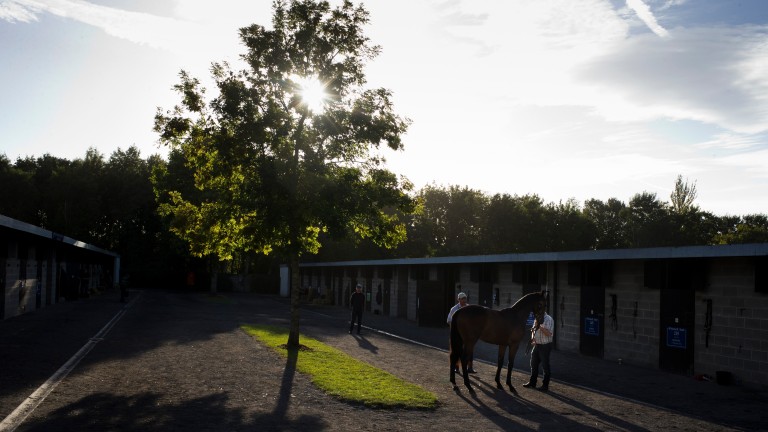 Turnover for the Goffs Group, which includes Goffs and Goffs UK, reached a record high of more than €170 million in 2016.

Goffs handled the Wildenstein Stables Ltd Dispersal during the course of the Orby Yearling Sale and the November Sales. Orby trade was headed by Beauty Parlour’s Dubawi yearling colt who was bought by John Ferguson for €1.4 million.

Turnover for the November Sale hit €40m for only the second time and featured Beauty Parlour, who was bought by Peter Brant’s White Birch Farm for €1.6m.

Classic winner Jet Setting, who sold to the China Horse Club for £1.3 million at the Goffs London Sale, helped contribute to a 48 per cent growth at that particular auction.

Goffs Group chief executive Henry Beeby said: “2016 has been a wonderful year for the Goffs Group on so many levels and we’re proud to have marked this special year with record turnover and so many highlights. For an Irish company to be in a position to celebrate 150 years in business is noteworthy in itself.

“For many years Goffs has acted as the gateway to the world for Irish breeders and we were honoured that David Wildenstein and his family chose us to conduct their important dispersal.

“Seeing the top lot in each category sell to three different buyers was a demonstration of their appeal with established heavyweights Godolphin and Shadwell being joined by a major new investor at European sales this year, White Birch Farm from the USA. That vote of confidence is mirrored by increasing numbers of vendors who make so many Goffs sales their first choice in Ireland and the UK.”

Goffs UK, which rebranded from DBS nine years after its merger with Goffs, posted a 10 per cent increase in turnover to £40,807,250.

Beeby added: “The renaming of DBS to Goffs UK was a natural progression following the merger in 2007 and offers increasing profile to our sales at Doncaster whilst ensuring that we work to the same impeccable standards at every one of the 18 Goffs sales at the six locations at which we sell each year.

“The superb results from the teams on both sides of the Irish Sea clearly show the huge appetite for the best bloodstock from these shores but it behoves all of us to work together lower down the scale. These problems were flagged 12 months ago and whether ‘polarised’ is the correct description of the market, there is no doubt that commercial breeders face significant challenges in the lower ties of bloodstock trading as the falling clearance rates at certain sales clearly flagged.

“Finally we would like to pay tribute to every member of the Goffs teams, past and present, in Ireland and the UK for their contribution to the company in each of our 150 years. Goffs is very much about our people and we’re proud to work to the highest standards of integrity in everything we do at every sale and in every area. That has proved to be the hallmark of Goffs since 1866 and will only continue.”