The son of Havana Gold won six races over 5f 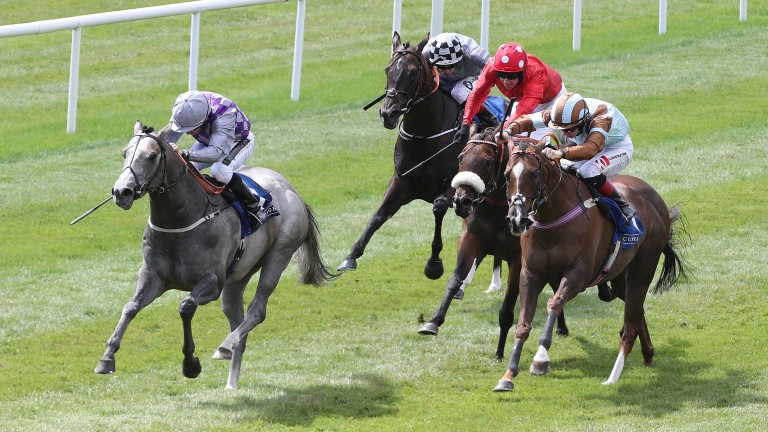 Group 1-winning sprinter Havana Grey has become the latest high-achieving colt to secure a berth at stud for the 2019 breeding season, with the lightning fast three-year-old to stand alongside Showcasing at Whitsbury Manor Stud in Hampshire.

Stud director Ed Harper said: "We've been following Havana Grey ever since he won the Molecomb as a two-year-old as he’s such a strong individual with a big sales walk. Then, after his Group 1 and Group 2 wins this summer, it was just a matter of whether we could afford him."

The Karl Burke-trained son of Havana Gold was all about speed, with his six victories all gained over the minimum distance. The highlight of his 15-race career was undoubtedly his top-flight breakthrough in the Flying Five Stakes at the Curragh, where he saw off rivals such as Phoenix and Norfolk Stakes winner Sioux Nation and subsequent Ayr Gold Cup dead-heater Son Of Rest.

He also landed this year's Group 2 Sapphire Stakes, a performance that saw him comfortably dismiss subsequent Prix de l'Abbaye winner Mabs Cross. Havana Grey was also highly precocious, having broken his maiden by five lengths before going on to win three stakes races as a juvenile, including the Molecomb Stakes at Glorious Goodwood.

"He’s probably the fastest horse from the Galileo sire line and, combining that with his dam being by Dark Angel, it makes him a very exciting sire to send fast commercial mares," added Harper. 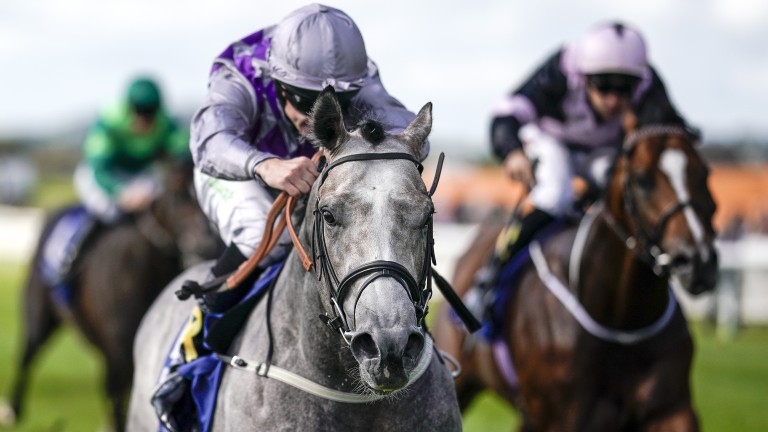 Havana Grey lands the Group 1 Flying Five Stakes at the Curragh
Alan Crowhurst
"It's possible he may run once more in the Breeders' Cup Turf Sprint but we'll aim to start showing him to breeders in mid-November. A select number of lifetime breeding rights will be sold in a similar way to how we've managed Showcasing."

Bred by Mickley Stud and Lady Lonsdale, Havana Grey is the highest-rated performer by Group 1-winning miler Havana Gold, and is out of Blanc De Chine, a daughter of Dark Angel who won six races over 5f and achieved a career-high Racing Post Rating of 95.

Having won the race himself, there is further Molecomb Stakes form within Havana Grey's profile, as his dam is a half-sister to Fast Act, who finished second in the 2014 running. Further back this is the family of Horris Hill Stakes winner Crazy Horse and his Hungerford Stakes-winning half-brother Richard Pankhurst.

Havana Grey was a €70,000 Arqana August Yearling purchase by BBA Ireland, having been offered by Coulonces Consignment, vendor of Burke's other leading performer, Laurens.

A position at Whitsbury Manor Stud will see Havana Grey not only join Group 1-producing sire Showcasing, but also the up-and-comers Swiss Spirit, Due Diligence and Adaay.

A fee for the stud's new recruit will be announced at a later date.

FIRST PUBLISHED 6:40PM, OCT 13 2018
After his Group 1 and Group 2 wins this summer, it was just a matter of whether we could afford him