The Miesque's Son horse has been represented by Recoletos in 2017 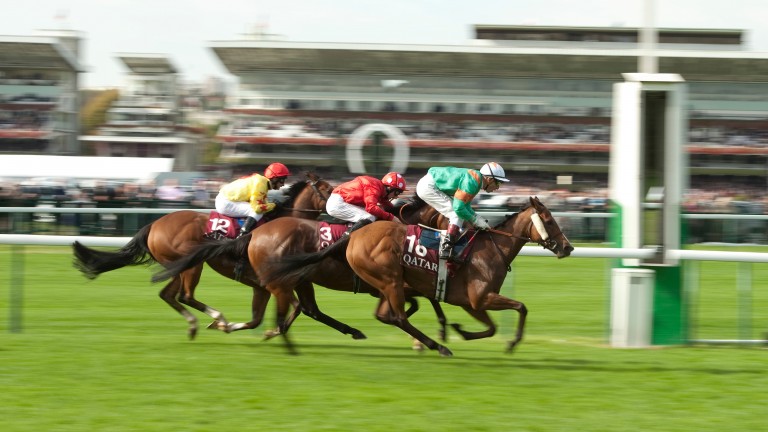 Wizz Kid (cheekpieces): the son of Whipper sees off Mayson and Hamish McGonagall to land the 2012 Prix de l'Abbaye de Longchamp
Edward Whitaker
1 of 1
By James Thomas 11:52AM, AUG 25 2017

Whipper, who has been represented by the Group 2-winning and Classic-placed Recoletos during the current campaign, is on the move to Haras de Treban for the 2018 breeding season.

This will be the fourth home for the 16-year-old Miesque's Son horse, having first taken up stallion duties at Ballylinch Stud in 2006 after a racing career which included victories in the Prix Morny, Prix Jacques le Marois and Prix Maurice de Gheest. He then transferred to Haras du Mezeray in France in 2011, before switching to Haras de Sorelis in 2016.

"It's a good opportunity for us as Whipper is one of the top five French horses in the world," said Treban's Pierrick Pouzol, who is hoping that Whipper can fill the void left by the ill-fated American Post. "He also has a fantastic maternal origin, which is a great advantage."

Among his notable performers are the likes of Prix de l'Abbaye winner Wizz Kid, the Prix Daniel Wildenstein-winning pair Royal Bench and Pollyana, as well as the aforementioned Recoletos.

The three-parts brother to five-time Group 1 winner Divine Proportions currently sits in tenth on the leading sires' list in France.