Group 1 winner Territories to stand at Dalham Hall in 2017

Lifetime breeding rights will be sold in the four-year-old 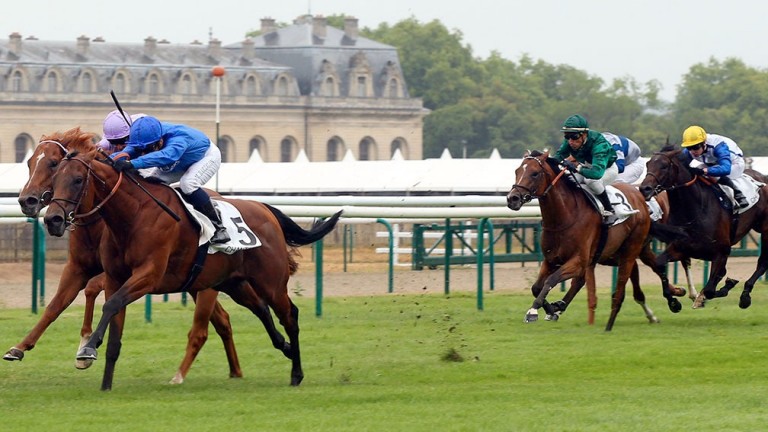 Group 1-winning miler Territories will take up stallion duties at Darley's Dalham Hall Stud in Newmarket for the 2017 breeding season.

A limited number of lifetime breeding rights will be sold in the son of Invincible Spirit.

Out of the winning Machiavellian mare Taranto, he is a half-brother to the winners Girevole and Italian.

Trained by Andre Fabre, Territories ran four times as a juvenile winning a 6f conditions race and the Group 3 Prix de Fontainebleau over a mile at Longchamp. He also recorded a third-placed finish in the Prix La Rochette and was promoted to second in the Group 1 Prix Jean-Luc Lagardere after suffering interference

On his first start at three, he finished second behind Gleneagles in last year's 2,000 Guineas before going on to land the Group 1 Prix Jean Prat at Chantilly by half-a-length.

Sam Bullard, director of Darley Stallions said: "Territories proved himself to be a miler out of the top drawer with that impressive victory in the Group 1 Prix Jean Prat, as well as finishing best of all to take second in the 2,000 Guineas. His juvenile form, too, was very high-class.

"He is a good-looking horse, very typical of the speedy Green Desert line, with a great walk. His sire Invincible Spirit has made a real impact on the breed, and Territories' relations Shamardal and Street Cry have been wonderful servants both to breeders and to Darley.

"He has a bright future, and we are delighted to be able to offer breeders the opportunity to purchase lifetime breeding rights in him."

A fee for Territories will be announced at a later date.