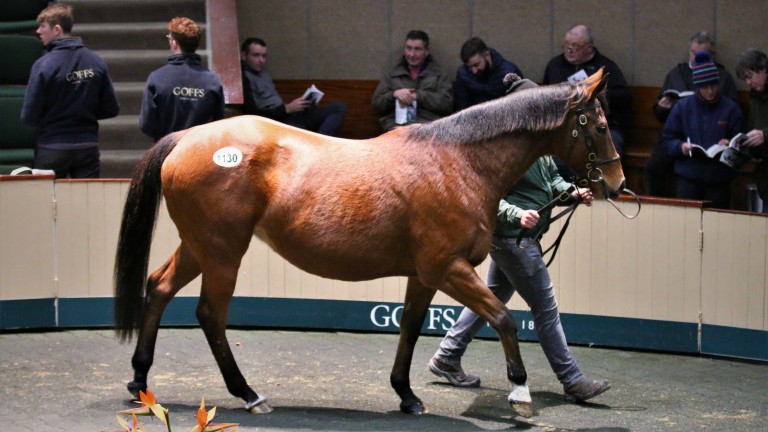 Wizz Kid's dam Lidanski was the best-selling mare of the day
Goffs
1 of 1
By Bloodstock World Staff UPDATED 7:40PM, NOV 22 2019

The remaining offerings of the Goffs November Breeding Stock Sale were always likely to have been put in the shade by those who had passed through the ring on Thursday.

Snowflakes, the beautifully-bred daughter of Galileo and Laddies Poker Two, had set a standard which would be impossible to usurp when she was knocked down for an impressive €525,000, along with a plethora of other six-figure trades.

Top lot on day two was Lidanski, who was collected by Tullogher House Stud for €32,000.

Listed-placed on the track for owner-breeder Ballylinch Stud, she has a Group 1-winning daughter to her name by way of Prix de l'Abbaye scorer Wizz Kid, who was her first foal.

That daughter of Whipper was followed by Listed winner Mustaheel while she currently has young progeny by Muhaarar - a 130,000gns yearling - Make Believe and New Bay to run for her. The 16-year-old Soviet Star mare was sold in foal to Fascinating Rock.

"It's not every day that you have the dams of Group 1 winners coming on to the market, especially the dam of a Group 1-winning sprinter," said Declan Phelan of Tullogher House Stud.

"I think she was value, perhaps the value of the sale considering what was going on yesterday. She's a lovely fresh mare and it's exciting what she's got coming through. Going forward, she's got a lot of options but I'd say that we would definitely be looking towards a speed sire."

Two others hit the €18,000 mark. The winning Make Me Sway, offered by Jim Bolger and a Teofilo sister to the promising two-year-old Agitare, was bought by SPF Bloodstock while Redmonstown Stud offering Sanaara, who produced the consistent Theobald, was picked up by Paul Nataf.

Although the final figures from day two were modest, they did not take the sheen off some impressive overall stats from both sessions of the broodmare section. 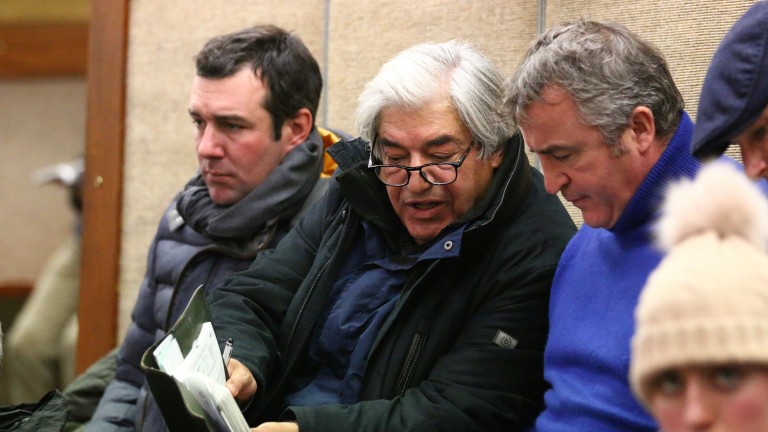 Dandy is the Man for foals

The week's festivities concluded with the Part 2 addendum of the Foal Sale, with the first segment having produced the highest-priced colt foal ever sold in Ireland through the Dubawi full-brother to Group 1 winner Ghaiyyath sold by Dermot Weld to Godolphin for €1.2 million.

It took a little while for the action to spark to life here but a couple of Dandy Man colts provided realistic opportunities for pinhookers to get stuck into.

Willie Browne, signing under Jamie B Bloodstock, took charge of a €35,000 prospect from Ballintry Stud. The chestnut had some up-to-date form to his name as two-year-old full-sister Das Rote has several Listed placings in Italy while his three-year-old half-brother Clipsham Tiger is also a winner.

"He was a stand out today," said Browne. "He's out of a Shamardal mare and there's a bit of Shamardal to him. We'll see where we are in nine months time!"

Although the last day's trading was expectedly unremarkable, Goffs could be delighted with the sale overall.

In his concluding statement, group chief executive Henry Beeby said: "What a week. Goffs November Sale has a rich history and the 2019 renewal is one that only adds to the story in a largely positive way.

"Our Part 1 Foal Sale set records in every area headed by the world’s highest priced foal of the year so far at €1.2 million. He headed a trade of true strength and depth that reflected the quality of the foals entrusted to us by so many leading breeders who continue to send a bigger share of their best to Goffs.

"Indeed, our day three sale was a superb representation of the cream of the 2019 foal crop with the very best of Irish foals joined by some notable UK bred youngsters leading to an average of just short of €100,000 and a whole sale median of €30,000. The quality of the catalogue allowed us to make significant advances at every level as we welcomed a wide cross section of pinhookers and end users to Kildare Paddocks. 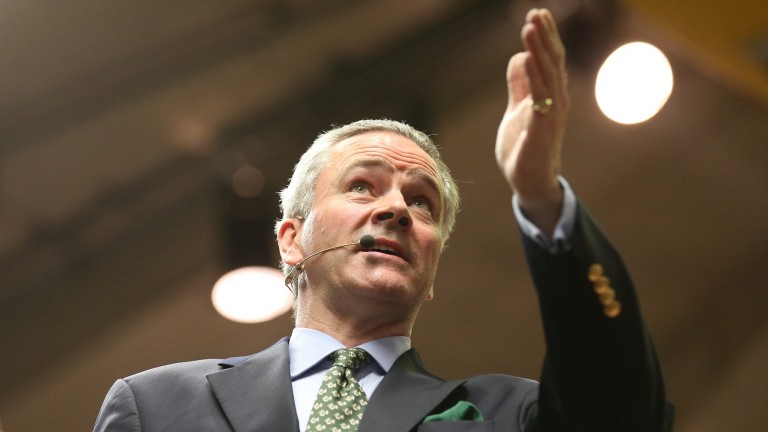 "The Breeding Stock Sale also recorded significant gains as an international audience battled it out for lot after lot on day one and that trend continued through to this morning when a 71 per cent clearance rate was returned.

"This is a sale with a tremendous track record on the racecourse and we have no doubt this year’s graduates will be responsible for their share of top class performers. Of course we would like more as we had several overseas buyers with unfilled orders so our task next year will be to attract a larger catalogue of quality to meet demand as our feedback is that our international visitors love their trips to Ireland and to Goffs as they see quality and value at every level.

"While the week is a statistical success and the headlines are very positive, it would be naive of us not to recognise the ongoing challenges facing breeders. We have seen a relentless hunger for the best of the best at Goffs which underlines the enduring appeal of the best Irish bred bloodstock across the globe.

"However the trends that became clearer at the yearling sales meant that the foal market was increasingly selective for those that the pinhooking fraternity have doubts about for the 2020 sales. The polarisation of the market only appears to be increasing, and the double whammy of Brexit uncertainty and poor UK prize money is making the market tougher for the commercial breeder and trader.

"As an auction house we will continue to work tirelessly to deliver the most vibrant market place possible at all levels and a look back at our Autumn Yearling Sale was testament to the hard work of our international network of agents and Irish Thoroughbred Marketing, as reliance on the domestic market would have led to a very different result. However, along with a satisfaction of a good week overall, we will reflect on how we can further improve the market at every level in 2020."

Ghaiyyath's brother steals the show as Godolphin go to €1.2 million

FIRST PUBLISHED 7:25PM, NOV 22 2019
I think she was value, perhaps the value of the sale considering what was going on yesterday