Gregorian off the mark as Gypsy Spirit wins at Windsor 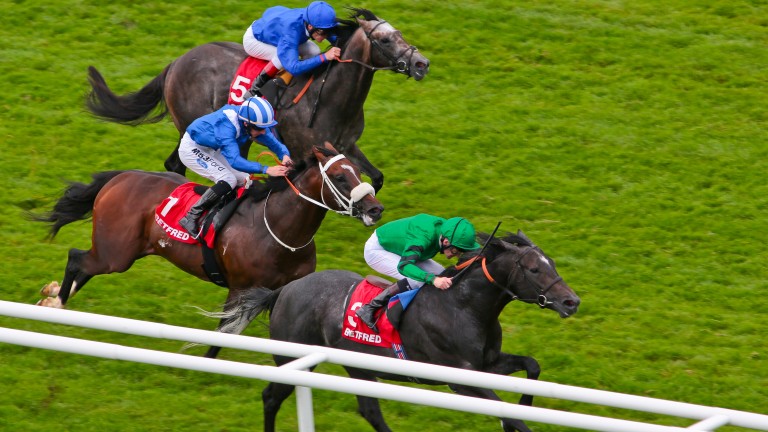 Gregorian strides out to win the Group 2 Hungerford Stakes at Newbury
Mark Cranham
1 of 1
By Zoe Vicarage 8:00PM, APR 23 2018

Gregorian became the latest first-season sire to supply a first winner when his daughter Gypsy Spirit scored on her debut at Windsor on Monday.

Trained by Tom Clover and ridden by Josephine Gordon, the two-year-old was smartly away and kept on to win by a neck.

A 6,000gns purchase by Clover at Book 3 of the Tattersalls October Yearling Sale last year, Gypsy Spirit was bred by Bearstone Stud out of the raced Indesatchel mare Romany Gypsy and is a half-sister to the winners Gypsy Major and Super Felice.

Gregorian, a nine-year-old son of Clodovil, was trained by John Gosden to win six races including the Group 3 Diomed Stakes, Group 3 Criterion Stakes and the Group 2 Hungerford Stakes. He stands at the National Stud in Newmarket under the Rathasker Stud banner and is standing the 2018 breeding season at a fee of £4,500.

With Gregorian getting on the scoreboard on Monday, it now means that two out of three of Rathasker Stud's first-season sires for 2018 have got their second careers off to the perfect start.

Bungle Inthejungle was the first of the pair to do so and it surely won't be long before another first-season Rathasker resident in Es Que Love is off the mark.