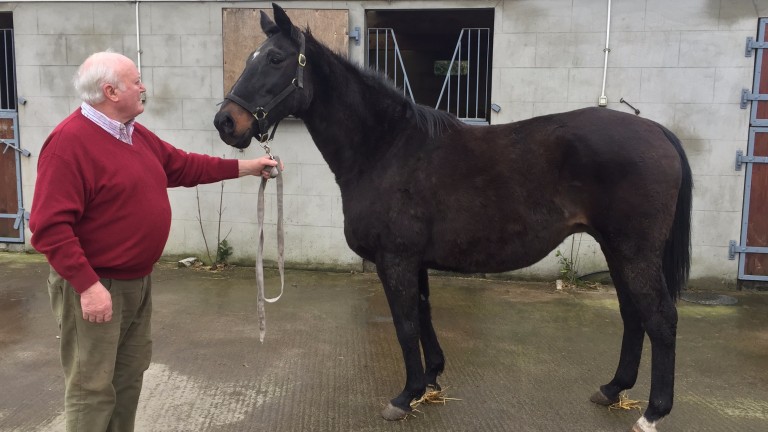 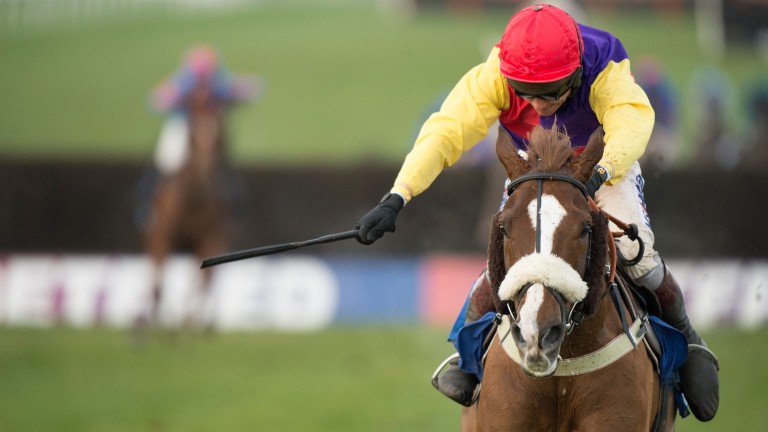 Friday is St Patrick’s Day - when the whole world it seems, not just Cheltenham, is dyed green and everyone is Irish for the day. In County Down, where the man himself began his Irish mission and where his tomb lies in the shadow of Downpatrick racecourse, they will have more reason to celebrate than usual if Native River can gallop to Cheltenham Gold Cup glory.

The striking seven-year-old is from that sacred and hallowed north-eastern corner of the Irish isle, where the legend of St Patrick was first born. Native River took his first breaths a few hundred yards from the A1 dual-carriageway between Banbridge and Dromore on the dairy farm of his breeder Fred Mackey.

Mackey, who farms along with two of his sons Robert and Richard, recalls the moment he first laid eyes on the horse who come Friday could be embellishing Down’s legendary status even more.

“I remember I saw two white feet coming and I turned and said to Maureen, my wife, ‘What in the name of God do we have here?’," Mackey remembers.

"I hope those white feet are the first past the winning line on Friday!"

Native River’s tale, like all proper legends, begins with a great story.

Mackey, who has been involved in breeding and point-to-pointing for three decades, had long wanted to buy a Be My Native Mare. At the Tattersalls November Sale in 1997, he met Cork native George Lane and both men spotted a yearling filly by the sire, but it was Lane who eventually bid on the filly, paying IR£3,000 for her.

Three weeks later, both men were at Goffs for a sale and Mackey had not been able to get the Be My Native yearling out of his mind and asked George about her.

Fred's wife Maureen picks up the story: “We were talking to George a few days’ ago and according to him, Fred said to him, ’Do you like your filly?’ and George replied, ‘I do, sure I wouldn’t have bought her otherwise!’

“George set off home to Cork that evening and at 5.30am the next morning, loaded the filly into the horsebox and drove her to Goffs where Fred met him and brought her home here.”

The Mackeys are huge supporters of point-to-pointing and Fred hoped to put the filly - named Native Mo, in honour of Maureen, as most of his mares are - into training. However, Native Mo impaled herself on the bar of a gate and was lucky to survive. Training was no longer an option so Fred decided to breed from the mare.

“I have never had a mare who could walk like this one - she had such a beautiful stride and it was a pity that she couldn’t race, but we were lucky to save her," Mackey says. "I decided to send her down to Sean Kinsella in Knockhouse Stud and have her covered by Taipan.”

His relationship with the Kinsella family goes back to Grey Mo, a mare the Mackeys owned by Knockhouse Stud’s brilliant jumps sire Roselier.

“She was a good mare and bred some very good foals - Ian Ferguson bought one for €27,000 at Fairyhouse one year and Wings Of Smoke, her colt by King’s Theatre, made €33,000 another year," says Mackey.

"You wouldn’t believe it, but she was found in a group of gypsies' horses! Somebody spotted her and thought she looked too finely bred for a gypsy horse and when they did DNA tests on her they discovered she was by Roselier out of Queen’s Connection.”

Native Mo’s origins were much more straightforward and her second foal was from the final crop of Good Thyne, but her third foal, by Knockhouse Stud’s champion sire Beneficial, hinted at the calibre of horse Native Mo was capable of producing.

He turned out to be Orpheus Valley, whose finest hour came when victorious in the Grade A Guinness Handicap Chase at the 2014 Punchestown Festival for Thomas Gibney and Adrian Heskin.

Mackey’s love of French breeding brought Native Mo to Paddy Byrne’s Park House Stud in County Carlow to be covered by Indian River, a son of the great Cadoudal.

“Indian River was a very dark horse,” he recalls. “A beautiful brown stallion and I thought he was perfect for my mare, so I sent her to Indian River and they clicked.”

Mackey sells his stock as foals and it was no different with Native River, who went through the Fairyhouse ring in November 2010, selling for €6,000. Denis Ahern trained him for his point-to-point debut, three years ago to the day on Friday, and after that he was purchased by the Tizzards privately.

Ahern has Native River’s Milan half-sister, who was sold for €26,000 at Fairyhouse last November, so is another party connected with Native River who will be watching the chestnut closely on Friday.

Paul Nicholls bought her four-year-old brother, now named One Night In Milan, at the 2016 Derby Sale for €80,000. Native Mo also has a two-year-old filly by Jeremy and her five-year-old Mahler gelding Mahler Ten is in training with Noel Meade. Inevitably, there’s a tale about him too.

“Mahler Ten made his debut in a maiden hurdle at Downpatrick last October but I had a physiotherapy appointment for my knee at the time of the race," says Mackey. "I wanted to cancel it and go to watch him and I told all my friends about the horse. They all backed him at 10-1 and I didn’t get the chance to and he won!”

Mackey has four mares but just one active broodmare at his family’s dairy farm on Mackey's Lane off the A1, and close to son Wilson’s A1 Tyres. Grey Mo is one of two retired mares enjoying life in St Patrick’s Country while he has a share in Mollyking, a winning point-to-pointer. Her breeding excites him.

“She is a daughter of King’s Theatre who was a brilliant sire of fillies and she is out of a Presenting mare, so the pedigree is perfect National Hunt bloodlines," Mackey says. "When she won last year, Robert’s two little girls were at the point-to-point and we got a big trophy for winning the race. Now they want to come to her next race, which hopefully will be on April 1, because they think you get a cup every time.”

Native Mo was covered by Walk In The Park last year but lost her foal. She could return to the Coolmore sire this week to see if she can add to her record of producing the Mackeys’ best foals.

“In more than 30 years of breeding horses we have never had a horse good enough to go to Cheltenham so to have a Gold Cup horse is a dream come true,” says Mackey.

Maureen adds: “We would love to see him win but the most important thing is he comes home safe and sound.”

If Native River wins the Gold Cup, St Patrick’s Day might have to be renamed Fred’s Day but one thing is for sure: Native River is the new star of County Down.

FIRST PUBLISHED 4:16PM, MAR 16 2018
I have never had a mare who could walk like this one - she had such a beautiful stride and it was a pity that she couldn’t race