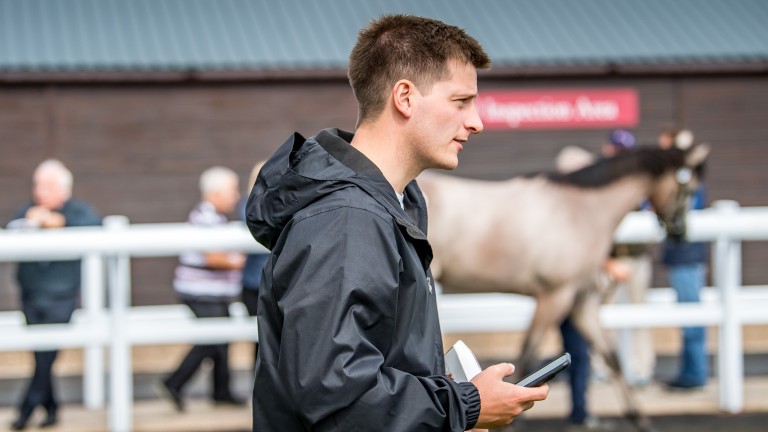 Middleham Park's Tom Palin in the thick of the action at the Premier Yearling Sale
Sarah Farnsworth/Goffs UK
1 of 1
8:07PM, AUG 29 2018

We've done a bit more underbidding on Wednesday, which we weren't necessarily expecting, but we're sticking to our principles and only buying when we think there's value. That doesn't just mean cheap; Camelot was 525,000gns and Lily's Angel was £8,000, but, crucially, both represent value.

We felt there were more nice horses on Wednesday and I'd hoped we might be able to buy more than we had on Tuesday, but trade has been more competitive than expected and it's turned out it's actually gone the other way.

We did manage to buy a couple though, including a Fountain Of Youth colt who'll go to Kevin Ryan and cost £35,000. We saw this horse on our rounds and liked him, but none of the agents we usually use had him on their lists.

Thankfully we followed the results and approached Kevin and Stephen Hillen after they'd signed for him to ask if they had an owner, and when they said they didn't we told them they did now!

The trainers know what they like so this method enables us to buy into their success.

The one I'm probably most excited about from Wednesday is a £50,000 Gutaifan colt who was bought with Federico Barberini and who'll go to Mark Johnston. He reminded us of Marie's Diamond, who Mark's done so well with this year, so we had to buy him. 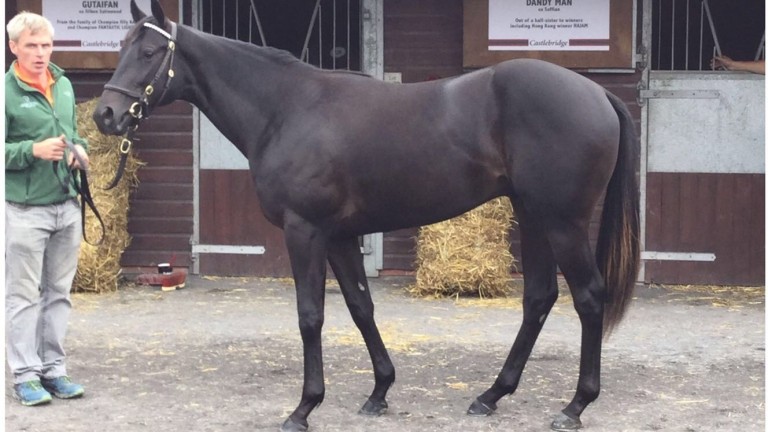 Gutaifan is probably our pick of the first-crop sires at this stage. They made plenty at the foal sales and this colt looks like a proper Mark Johnston horse.

We'll be back on Thursday for the Silver Sale, although there's a slightly different dynamic to how we'll be operating.

We'll ask our agents and trainers for their top five and go and see them, but as we have the research done already we'll also look to buy a couple out of the ring.

This means waiting until something catches our eye walking around the parade ring and then getting one of our experts to cast their eye over it rather than combing the entire stable yard.

This method is what led us to finding Lily's Angel so let's hope lightning can strike twice.

Earlier updates from Tom Palin in the thick of the action

'You're always going to be underbidder more often than not'

FIRST PUBLISHED 8:07PM, AUG 29 2018
The one I'm most excited about from Wednesday is a £50,000 Gutaifan colt who was bought with Federico Barberini and who'll go to Mark Johnston