Goffs Orby gives vendors cause for cheer ? but the pain will likely come later 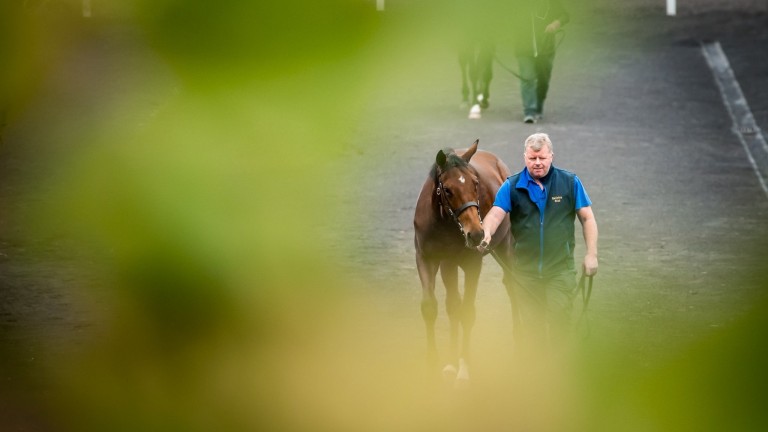 The catalogue for the Goffs Orby Yearling Sale was cut to focus on quality
Sarah Farnsworth/Goffs
1 of 1
UPDATED 1:21AM, OCT 6 2018

Goffs deserve enormous credit for putting a spring back into the step of a European yearling sale season that has felt flat at times, with declining average and median prices and depleted clearance rates – especially in lower echelons of trade.

However, for fear of being a spectre at the feast, it is worth remembering that those buoyant figures are the result of Goffs – perfectly understandably – managing events to protect the Orby brand in the face of market difficulties.

To that end, 50 fewer lots were catalogued for the Orby this year, despite the foal crop having grown by around 300 head in Ireland in 2017, when this season's yearlings were born.

Beyond Goffs' control, there also happened to be an unusually high number of withdrawals from the sale (50) which resulted in the number of youngsters who were actually offered falling from 433 to 369.

Overall, the number of lots that went through the ring fell by 64 from last year. That puts a four point year-on-year increase in clearance rate to 89 per cent into some perspective; in real terms, 46 fewer lots sold this year than in 2017.

Despite the smaller Orby catalogue, Goffs held numbers for the less select Sportsman’s Sale that immediately followed on Thursday.

There was one fewer lot catalogued than last year, and a whole 193 fewer than the 479 who were available over two days of selling in 2016.

The strategy succeeded in maintaining the Sportsman’s clearance rate at 85 per cent, but could not arrest an 11 per cent drop in turnover and a nine per cent dip in the average price.

So, while Goffs and their vendors can rightly celebrate a successful week, it is likely that the pain of depressed demand for middle and lower-tier yearlings has only been deferred.

There will be hard times ahead – not just at Goffs, but at all sales companies – when the increased volume of yearlings who have not made it into the more exclusive auctions eventually come on to the market.

Goffs can also be praised for convincing Irish breeders to sell some of their best stock at the Orby and drawing many of the world's leading agents and owners to Kildare to purchase them.

Their success in those two departments was illustrated most obviously by the sales of the Galileo sisters to Forever Together and Alice Springs for a yearling filly record €3.2 million and €2m respectively. Phoenix Thoroughbreds bought both.

The purchasing activity of the registered investment fund led by Amer Abdulaziz this week was quite jaw-dropping. Abdulaziz has repeatedly stated that the venture exists to produce profits for investors, and that it will keep trading to do so; but here it was, bidding into unknown territory to repel Coolmore, the world's largest breeding operation, to secure the stock it wants.

It is often said that well-bred fillies like Forever Together would be worth a sky-high sum even if they never ran. But that is not always strictly true, of course.

The purchaser pays a premium for those blueblooded yearling fillies because built into the price is the increased hope of recouping the outlay through Group 1 prize-money and the possibility of having an even more lucrative commodity when it comes to selling the mare or her young stock.

When the price is €3.2m, there really is little wiggle room to increase the filly's value. Still, if any trainer is up to the task it is Karl Burke, who will take receipt of the sister to Forever Together. He has sent out Laurens – who runs in Saturday's Sun Chariot Stakes at Newmarket – to collect more than £1.3m in prize-money and built her into one of the most attractive broodmare prospects in Europe.

Phoenix Thoroughbreds are playing a high-stakes game. Following their fortunes will be interesting to say the least.

Traders increasing their outlay on single lots, in an effort to concentrate on quality, is an emerging theme of this sale season. With reduced demand in the middle and lower tiers of the market, pinhookers might be tempted to dig deeper to ensure they have something that cannot be faulted in a year's time.

I have heard several mention how they had taken a punt on inexpensively sourced foals last year and those had already gone south at the early yearling sales, followed by a solemn promise to themselves not to dabble like that again.

A harbinger of the future might have been Mick Flanagan's superb spot of high-stakes pinhooking at Goffs on Tuesday, when his Showcasing sister to Tasleet bought for 220,000gns was resold through Baroda and Colbinstown Studs to Mark Player for €850,000.

Consolidating investment in fewer, less dicey lots could apply to yearling-to-two-year-old trade as well as foal-to-yearling.

It was intriguing to hear accomplished breeze-up consignor Roger Marley state his intentions after buying the top-priced lot at the Sportsman’s Sale, a €90,000 son of Bungle Inthejungle, on Thursday.

“We're cutting back; we had 20 this year and hope to have about a dozen next year,” he said. “The market is too flooded and there needs to be fewer numbers so we're trying to aim at better pedigrees and better individuals, and go for the better sales.”

If other breeze-up consignors join Marley in reducing the number of horses they purchase this year it will only exacerbate the problem of oversupply at the less glamorous yearling sales in the coming weeks.

Enjoy the warm glow generated by the top-end market strength at Goffs Orby this week, which is likely to be repeated at Tattersalls October Books 1 and 2 over the next fortnight.

It could get decidedly more chilly thereafter.

FIRST PUBLISHED 6:00PM, OCT 5 2018
Traders increasing their outlay on single lots, in an effort to concentrate on quality, is an emerging theme of the current sale season