Number of lots sold at November Sale down sharply 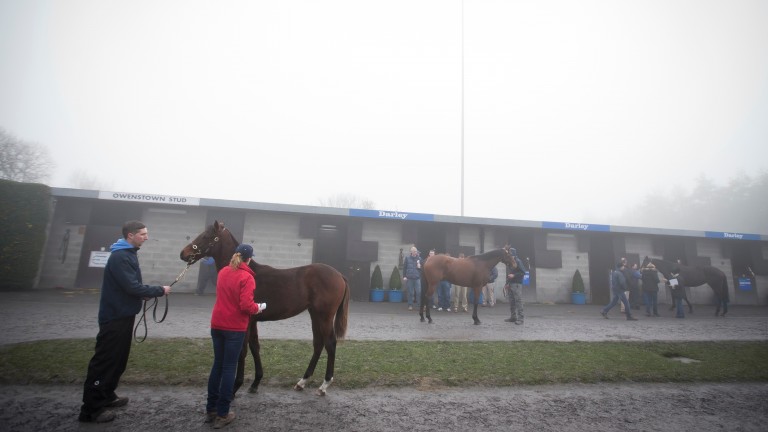 Goffs gained headline prices at its November Foal Sale on Thursday, helped in no small part by the much-anticipated Wildenstein Stables dispersal.

But the bigger picture from the five days of trade was more bleak. Key market indicators all showed substantial declines, as turnover dropped 22 per cent to €20,048,350, the average was down ten per cent to €28,888 and the median showed a decline of 17 per cent to €15,000.

The most worrying figure, however, was the clearance rate, which stood at just 67 per cent, with only 694 of the 1041 foals offered throughout the five sessions finding a new home. In other words, 347 foals failed to sell.

A stark illustration of the fall in demand was the fact there were just 16 fewer lots offered at Goffs this week than last year. And yet the number of foals sold plummeted from 810 to that figure of 694.

That follows on from the Tattersalls Ireland Flat Foal and Breeding Stock Sale, a new addition to the sales calendar for 2016, which offered 112 Flat foals but sold just 67 of them for a clearance rate of 60 per cent.

So, across the first two foal sales of 2016 alone, 392 lots have not found a buyer. This is in a year when the foal crop in Britain and Ireland has grown by six per cent to 13,389.

At least as they are foals there will be more time for potential resale; several may have found purchasers away from the sales ring already. But with prices and clearance rates down, many vendors of foals are certain to have taken a significant financial hit.

It is to be hoped that breeders whose stock failed to sell are willing and able to race their own stock themselves and have not bred purely with the sales ring in mind.

The time lag between the decision being taken to breed and horses reaching the market is likely to leave breeders vulnerable to the boom-and-bust nature of the bloodstock industry to some degree.

But with a whole host of new stallions entering the market in 2017 at commercial prices, breeders should heed the warning signs and are not be tempted to have another roll of the dice.

Demand for the number of foals breeders have produced in recent years is simply not there.