Godolphin set to have first runner in Magic Millions Classic 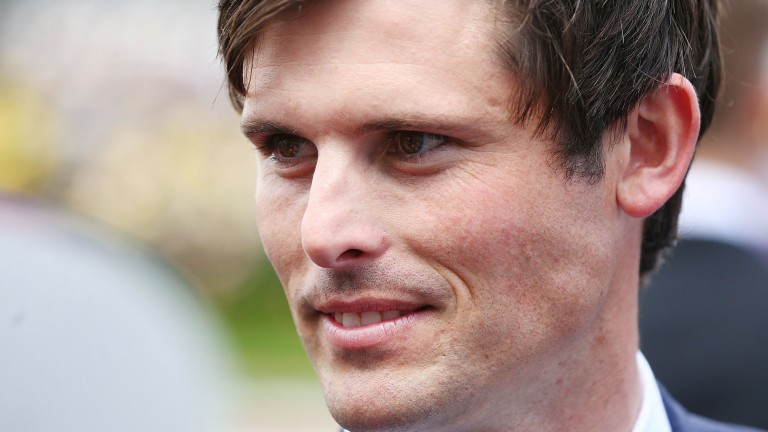 James Cummings: 'Exhilarates has been an improver'
Michael Dodge
1 of 1
By Brent Zerafa/Racing.com 4:27PM, JAN 5 2019

Godolphin will have a rare runner in the Magic Millions Classic next weekend after Exhilarates scored a dominant win at the Gold Coast on Saturday.

The James Cummings-trained filly easily accounted for her rivals in the race won last year by Sunlight and by Houtzen in 2017, both of whom subsequently backed-up seven days later to win the $2 million feature.

Godolphin made a return to buying yearlings at the Gold Coast last year and paid A$600,000 (£335,700/€374,700) for Exhilarates, a daughter of Snitzel out of Blue Diamond Stakes heroine Samaready.

“As long as she pulls up well, but that is like the perfect gallop for her seven days out from the Grand Final, and at the same time that is the best time she has had in a race,” Cummings said.

“A little bit of a gear change [blinkers], you can see we are trying different things with her, she has settled in well and shown nice ability there, she is fit and like I said a perfect gallop in the lead up to the Magic Millions next week if she turns up in good health after this.

“She has been an improver, that is the best thing about Exhilirates. Early on she wasn’t showing she was anything like Samaready, and to her credit she probably isn’t but it's an open race next weekend and she's going to arrive like a fit horse on the scene in good form with good seasoning.”

Exhilarates is now on the third line of betting for the Magic Millions Classic with BetEasy at $8.

The Darren Weir-trained Yes Yes Yes is favourite at $5 with Dubious and Unite And Conquer, who defeated Exhilarates at their previous run at Wyong, next at $6.

FIRST PUBLISHED 4:27PM, JAN 5 2019
She is going to arrive like a fit horse on the scene in good form with good seasoning