The brilliant daughter of Storm Bird launched a global superpower 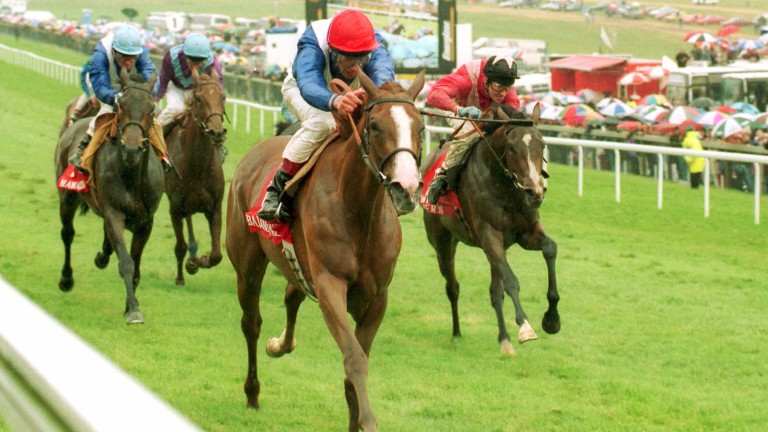 Balanchine, who will always hold a special place in the history of Godolphin as their first Classic winner and springboard to the superpower status they hold today, has died aged 30.

The flying filly was also Frankie Dettori's first British Classic winner when rampaging through the mud on the stands' side in the 1994 Oaks.

The daughter of European champion two-year-old Storm Bird was bred by Robert Sangster’s Swettenham Stud and won her two starts as a juvenile in impressive fashion in the famous Sangster silks, before being purchased privately by Maktoum Al Maktoum.

Balanchine was not just a symbolic Godolphin horse but a pathfinder in terms of whether wintering in Dubai before returning to Europe for a Classic campaign could work. In her case, it certainly did.

Trained by Hilal Ibrahim, she finished a short-head runner-up to Las Meninas in the 1,000 Guineas under Dettori, but made no mistake in the hands of the then 23-year-old at Epsom, carrying the royal blue and white chevron colours of Sheikh Maktoum to a two-and-a-half-length victory over Wind In Her Hair.

Balanchine was then tasked with taking on the colts in the Irish Derby and was even better, slamming King's Theatre by four and a half lengths and recording a career-best Racing Post Rating of 129.

Injury then intervened and she was off for a year, coming back as a four-year-old for Saeed bin Suroor but finishing unplaced in the Prince of Wales's Stakes.

She was then beaten a short head in the Prix Foy before finishing in mid-division in the Arc behind stablemate Lammtarra, who by then had taken on the baton for the emerging force that was Godolphin. 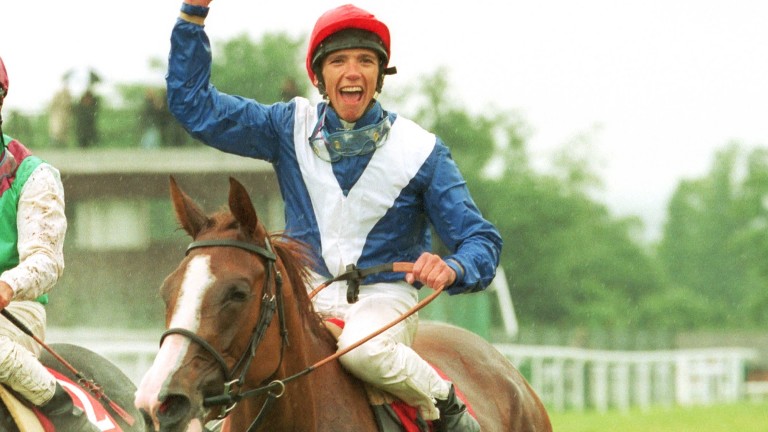 Balanchine: a significant and in many ways symbolic horse for Godolphin having landed the Oaks and Irish Derby in their formative years
Gerry and Mark Cranham

Jeremy Noseda, the former trainer who was Ibrahim's assistant, later recalled: "At that time in Newmarket, Godolphin was only six horses and Balanchine was very much the main hope.

"Perhaps if that [Epsom] hadn't happened, maybe Godolphin wouldn't be in existence now, so it was a big moment for all of us, but for me it was simply about having the horses to do the job, and she did the job very well."

Balanchine went on to produce four winners at stud, including the Group 2-placed Gulf News, runner-up in the Prix Niel for Andre Fabre, and Balsamine, who is herself the dam of the promising Charlie Appleby-trained three-year-old Western Symphony, a son of the late Shamardal.

After being pensioned from broodmare duties, Balanchine spent a lengthy retirement at Gainsborough Farm in Kentucky. The Group 2 race at Meydan that commemorates her was run on Thursday, and was won by Godolphin's Summer Romance.

FIRST PUBLISHED 11:38AM, FEB 19 2021
Balanchine was then tasked with taking on the colts in the Irish Derby and was even better, slamming King's Theatre by four and a half lengths