Don't miss the latest video from one of Britain's finest farms 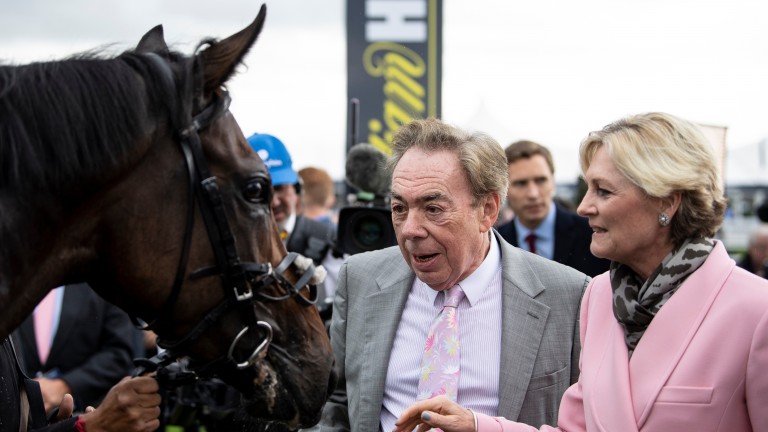 Lord and Lady Lloyd Webber with Too Darn Hot after the Champagne Stakes
Edward Whitaker
1 of 1
By Adam Potts UPDATED 6:33PM, JUN 11 2020

We visit Lord and Lady Lloyd Webber's Watership Down Stud in Berkshire for the final instalment of our virtual stud tours brought to you in association with Great British Racing International.

The stud's general manager Simon Marsh introduces us to the Group 3 Musidora Stakes winner So Mi Dar, a homebred daughter of the farm's blue hen Dar Re Mi and a sister to Too Darn Hot. We also catch a glimpse of her Sea The Stars colt foal.

Marsh also shows off some of the blue-chip young stock on the farm, namely the first foal out of Group 2 Temple Stakes winner Priceless, a filly by Dubawi bred by Alan Spence, and a colt by the late, great Shamardal out of four-time Group 1 winner The Fugue.

There's also an update on the stud’s homebred stallion Too Darn Hot, who retired to Darley's Dalham Hall to commence covering duties this year.

Thanks to Simon Marsh and his team for filming the videos while adhering to government rules on social distancing on the stud.

We look forward to seeing all the regally bred youngsters when they make it to the sales and to the track.