Son of Galileo is out of emerging blue hen You'resothrilling 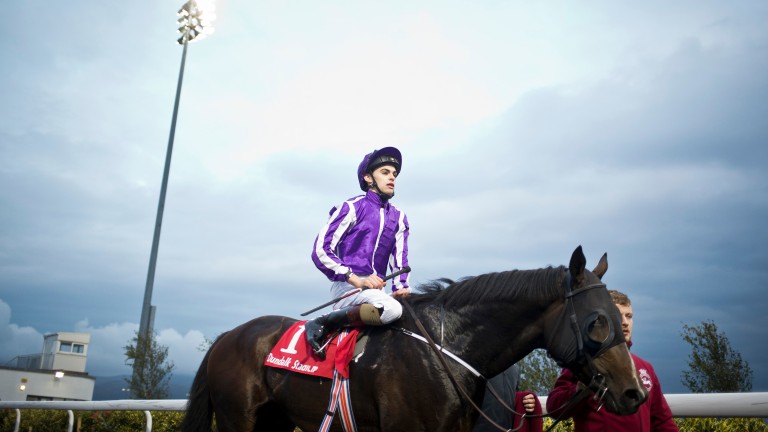 French breeders are being granted access to one of the best families in the studbook with the arrival of Taj Mahal to start his stallion career at Haras de la Haie Neuve in Brittany next year.

The Group 2-winning five-year-old takes the place of another Coolmore-raced blueblood in Pedro The Great, a Henrythenavigator half-brother to Footstepsinthesand who died at the stud aged only nine this year having supplied the likes of Del Mar Oaks heroine Fatale Bere in his inexpensively bred early crops.

Taj Mahal is by Galileo out of Coolmore's emerging blue hen You'resothrilling, who has also produced Classic winners Marvellous and Gleneagles, fellow Group 1 winner Happily and Group 3 winner and Grade 1-placed Coolmore by the sire.

Taj Mahal upheld family honour first with Aidan O'Brien, for whom he ran fourth in the Prix du Jockey Club, second in the Secretariat Stakes and fourth again in the Emirates Stakes, and later in Australia, where under the subtly different name The Taj Mahal he won back-to-back renewals of the Zipping Classic as well as the JRA Cup.

Haras de la Haie Neuve's Tangi Saliou told Jour de Galop that the team behind securing Taj Mahal for the stud – himself, Alain Regnier and Emmanuel de Seroux – will be sending him plenty of mares.

“We will strongly support him, as we always have done with our stallions in the past,” he said. “He will arrive next Saturday and will be available to view during the Arqana breeding-stock sales.”

Gleneagles has his first two-year-old runners on the ground and they include Group 2 winners Royal Dornoch and Royal Lytham, plus Royal Ascot scorer Southern Hills.

Hermine Bastide, Coolmore's representative in France, told Jour de Galop: “Thanks to Gleneagles' unimpeachable results we have always been very optimistic about his prospects of success at stud and we could not be happier with how he has done this season.

“He was a very good two-year-old himself but improved markedly in his Classic season and so there is every reason to believe that will also be the case with his offspring.

“It's quite common for a brother to a good stallion to do well at stud himself, as we saw with Fairy King and Sadler's Wells, Kodiac and Invincible Spirit and Frankel and Noble Mission.”

Taj Mahal will stand his first season at Haras de la Haie Neuve at a fee of €4,000.

FIRST PUBLISHED 10:36PM, OCT 21 2019
It's quite common for a brother to a good stallion to do well at stud himself, as we saw with Fairy King and Sadler's Wells