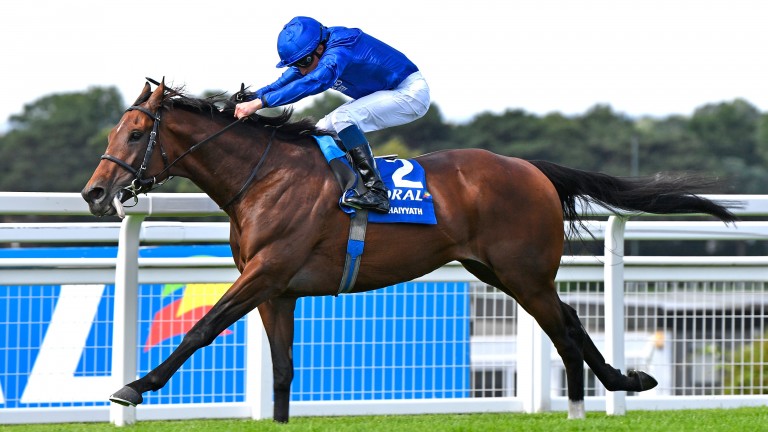 Godolphin have announced the retirement of the world's top turf performer in Ghaiyyath, who will retire to Darley's Kildangan Stud in Ireland after showing signs of soreness following a routine piece of work.

The son of the outstanding Dubawi won the Autumn Stakes as a juvenile in 2017, struck in the Prix du Prince d’Orange at three and opened his Group 1 account in sensational fashion in the Grosser Preis von Baden at four.

Ghaiyyath took his form to another level this year when starting off the campaign with a wide-margin win in the Dubai Millennium Stakes at Meydan, before defeating 2019 Derby hero Anthony Van Dyck in the Coronation Cup at Newmarket.

After an easy defeat of Enable in the Coral-Eclipse, he then took apart a top-quality field in the Juddmonte International, defeating Magical, Lord North and Kameko in a three-length romp.

Following a second to Magical in the Irish Champion Stakes, the plan had been to run in the Breeders' Cup Turf but muscle soreness after working over the weekend put a halt to proceedings. 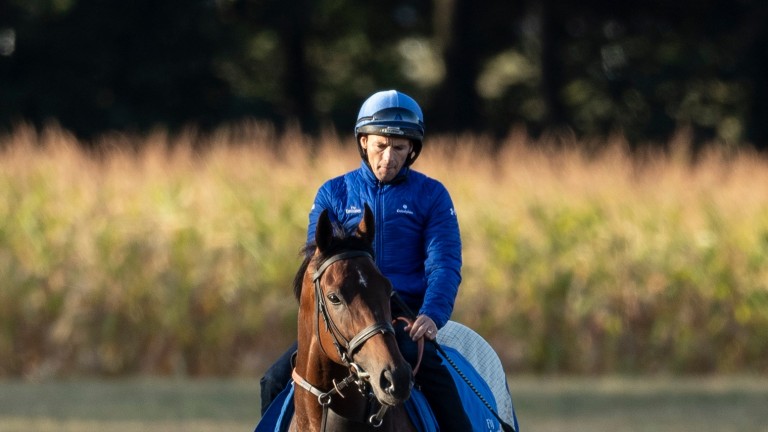 Ghaiyyath on the gallops at Moulton Paddocks
Edward Whitaker

Trainer Charlie Appleby said: “Ghaiyyath has had a fantastic career, winning nine of his 13 races. His high-class cruising speed and relentless style of galloping was a joy to watch and as I have said before, this year he came together both physically and mentally and looked the finished article.

"It is obviously disappointing not to be taking him to the Breeders' Cup but the exertions of a long season, which started in Dubai in January, were starting to show and the decision has been made to retire him.

“He was an outstanding part of the Moulton Paddocks team and I know that his numerous top-level successes gave our Principal, His Highness Sheikh Mohammed, a great deal of pleasure."

Joe Osborne, managing director of Godolphin in Ireland, said: “Ghaiyyath is a great addition to our roster: his superior ability as a racehorse combined with his looks and his pedigree will make him a sought-after option for breeders. We are delighted he will be standing at Kildangan Stud next season."

Out of the Irish 1,000 Guineas winner Nightime, Ghaiyyath hails from the hugely successful Dubawi-Galileo cross that produced Classic winner Night Of Thunder, an up-and-coming sire sensation for the Darley team.

FIRST PUBLISHED 4:10PM, OCT 19 2020
His superior ability as a racehorse combined with his looks and his pedigree will make him a sought-after option for breeders