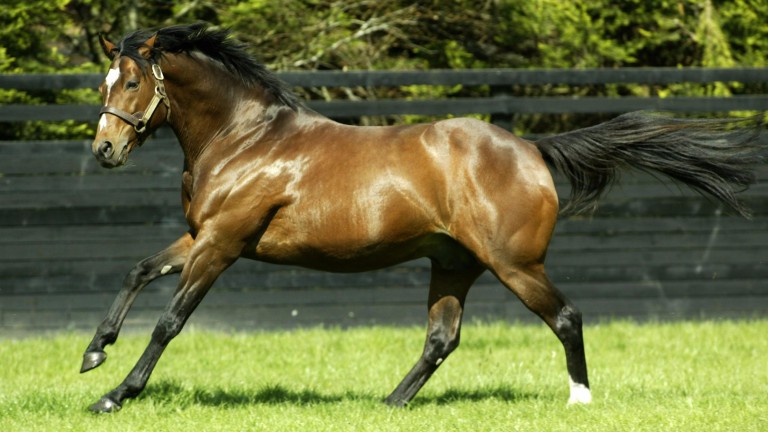 Galileo: the 19-year-old son of Sadler's Wells is well established as a sire of sires
Peter Mooney/Coolmore
1 of 1
By Martin Stevens 1:09PM, MAR 2 2017

Gestut Sohrenhof in Switzerland is standing its talented homebred Galileo seven-year-old Vanishing Cupid from this year.

Sohrenhof, in the north of the country, has previously stood turf celebrities such as Arazi, Brief Truce and King Of Kings.

Vanishing Cupid's biggest selling point is his pedigree, as one of 11 winners out of the Alysheba mare Vanishing Prairie.

He is a brother to Melbourne Cup runner-up Purple Moon and a half-brother to dual Group 1 hero Vespone, who has sired Pornichet, who struck at the highest level in Australia in the Doomben Cup, and Prix du Jockey Club third Pain Perdu.

He has no fewer than three other stakes-winning siblings besides, including Group 3 scorer La Sylphide, the dam of Grade 1-placed Expansion and granddam of last season's Duke of Cambridge Stakes winner Usherette.

Gestut Sohrenhof's Michele Egloff said: “He's a great looking horse with a lovely character and we're hoping that with his exceptional pedigree he'll attract some mares from other countries, as the breeding scene in Switzerland is rather small.

“We're also looking into possibly shuttling him to Australia like we've done successfully in the past with Arazi and Brief Truce.”

FIRST PUBLISHED 1:09PM, MAR 2 2017
We're also looking into possibly shuttling him to Australia like we've done successfully in the past with Arazi and Brief Truce