Yearlings part-owned by beleaguered Markus Jooste to go under hammer 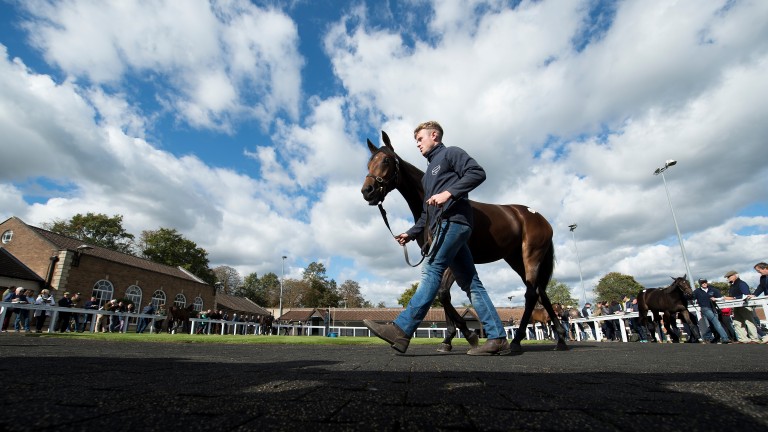 Flat trainers, jumps handlers, owners and breeders – from Britain, Ireland and much further afield – will converge on Newmarket this week for the Tattersalls July Sale, which starts its three-day run at 9.30am on Wednesday.

The auction, which offers something for everyone year in, year out, comes with an added frisson of excitement as it includes three yearling fillies by Galileo – the sort of lots who would steal the show at Book 1.

That Castlebridge-consigned trio – a filly out of a half-sister to Tha'Ir (lot 189), a filly out of Luas Line (190) and a sister to Pretty Perfect (191) – are half of the total number of Galileo yearling fillies, owned or part-owned by troubled South African retail magnate Markus Jooste, who were supposed to come under the hammer this week.

The other three have been taken out of the sale, along with Turffontein Group 1 heroine Cloth Of Cloud, who is in foal to Galileo.

Those withdrawals are disappointing but, as Tattersalls marketing director Jimmy George pointed out, three Galileo yearling fillies in a sale better known for horses in training and breeding stock transactions are not to be sniffed at.

“They would be standout lots in whatever sale they appeared in,” he said. “The fact they are available at the July Sale is a unique opportunity.”

Well-bred horses once belonging to Jooste, a big investor in thoroughbreds in recent years but whose racing and breeding operations were thrown into disarray when he faced allegations of accountancy fraud, have lit up sales this year.

England will on Wednesday be playing in the semi-final of a World Cup for the first time since 1990, taking on Croatia in a match set to start at 7pm – just as selling at Park Paddocks will be reaching its final stages.

Football fans on the grounds need not miss the action though, as Tattersalls have erected a big screen showing the football between the bar and the back cafe.

Four mares owned or part-owned by Jooste sold for a total of 1,770,000gns at the Tattersalls February Sale, led by Smoulder, the Redoute's Choice half-sister to Legatissimo, at 550,000gns.

It is not all about those yearling fillies this week though.

“The July Sale falls at just the right time for international buyers and the domestic market, and has proved a consistent source of high-class breeding stock as well as horses in training,” George said. “It's always a busy week because there is success to be had across all categories.”

George's positive summary is supported by evidence, as among the sale's significant graduates are this year's Winter Derby winner Master The World (bought for 15,000gns in 2013) and Queenofthefairies, the dam of exciting two-year-old Fairyland (bought for 32,000gns in 2010).

The next Master The World or Queenofthefairies could emanate from large drafts this week from Godolphin, Juddmonte and Shadwell.

Among the pick of the broodmare prospects on paper is Catchment (215), an Oasis Dream half-sister to Tetrarch Stakes winner Imaging in foal to Profitable, while one of the stars of the horses in training section could be Group 2 winner and Sussex Stakes runner-up Arod (245).

With those Galileo fillies sure to command top prices and buyers' appetite for horses in training and breeding stock still appearing strong, it would be no surprise to see last year's record July Sale figures smashed again.

The top lot was the then three-year-old Asanta Sana – another Galileo sister to Pretty Perfect – sold to Rabbah Bloodstock for 330,000gns.

Selling on Thursday and Friday is split into two sessions starting at 9.30am and 5.30pm.

FIRST PUBLISHED 5:00PM, JUL 10 2018
It's always a busy week because there is success to be had across all categories