Mecca's Angel was being covered for the first time 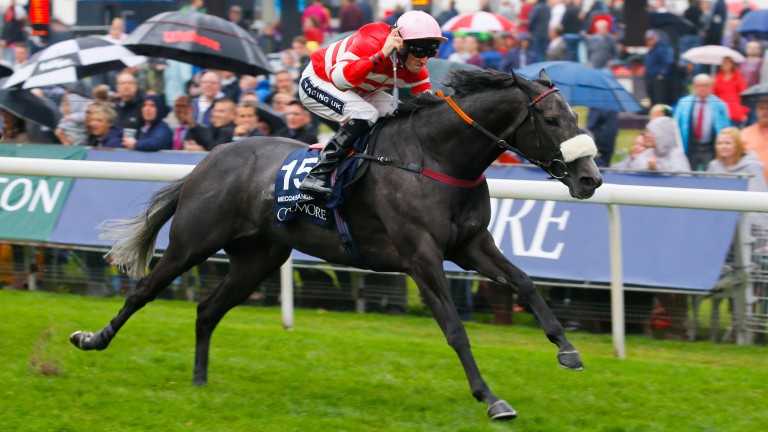 With covering season now in full flow the blue-chip stallions at Coolmore have been busy receiving their respective books of mares.

Breed-shaping sire Galileo covered a remarkable quintet of mares across a 36-hour period this week, among them Kind, the dam of Frankel and Noble Mission; You'resothrilling, the dam of Gleneagles and Marvellous; La Traviata, who produced last year's dual Oaks heroine Seventh Heaven; Chintz, the dam of Classic scorer The Gurkha; and dual Nunthorpe Stakes heroine Mecca's Angel.

Mecca's Angel, a daughter of Dark Angel, was being covered for the first time, having won ten races over the minimum trip from two to five, including two successes in York's flagship sprint.

Three of Galileo's Classic-winnning sons - The Gurkha, Gleneagles and dual Derby hero Australia - have also been receiving plenty of attention from breeders, including Newsells Park Stud and Whisperview Trading, who are both sending mares to all three.

The Wertheimer brothers are making use of both Australia and top-class miler Gleneagles, while Saleh Al Homaizi and Imad Al Sagar, who own Galileo's most recent Group 1 winner Decorated Knight, are putting their mares to French 2,000 Guineas hero The Gurkha and Gleneagles as well.