Galileo cleans up at the Cartiers without winning a single award 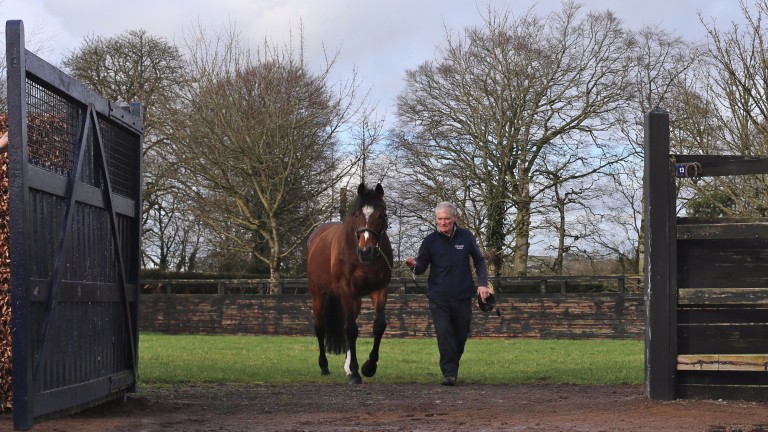 Galileo featured in the first two generations of the pedigrees of six Cartier award winners
Amy Lynam
1 of 1
By James Thomas 2:43PM, NOV 18 2017

The Dorchester in Mayfair played host to the 27th Cartier Awards on Tuesday evening, a lavish ceremony that aims to reward examples of excellence from the European racing scene over the previous 12 months.

The event has been dubbed by the organisers as ‘European racing’s equivalent of the Oscars’, yet a horse who played a leading role in the 2017 Flat season did not win a single award.

Enable took centre stage on the night and deservedly claimed two prizes, but it seems an oversight that Galileo’s considerable impact on proceedings – not to mention the 2017 season as a whole – was not honoured.

Of the seven horses who accounted for the eight awards, he featured in the first two generations of no fewer than six of the winners.

That trio were joined by Enable (Horse of the Year, Three-Year-Old Filly) and Cracksman (Three-Year-Old Colt), who are from the first crop of Nathaniel and Frankel respectively, both of whom are sons of Galileo. Also Middle Park and Dewhurst Stakes winner US Navy Flag, who scooped the Two-Year-Old Colt prize, is out Galileo’s four-time Group 1-winning daughter Misty For Me.

The only winner on the evening whose pedigree is Galileo-free was Harry Angel, the Godolphin-owned son of Dark Angel who was given the gong for leading sprinter.

These results serve as a near-perfect microcosm for the upper echelons of the racing world, with the progeny of Galileo dominating, his sire sons right at the forefront of the next generation of super stallions and his daughters proving their worth all over again as exceptional producers.

After all the consternation over the vanquished Arrogate topping the Longines-sponsored World’s Best Racehorse chart, the Cartier awards threw up a set of results it seems we can all agree on.

It does seem rather odd, though, that this highly prestigious event could not find a share of the spotlight for the one horse responsible for both the protagonists and a more than able supporting cast.

FIRST PUBLISHED 2:43PM, NOV 18 2017
It seems an oversight that Galileo’s considerable impact on proceedings – not to mention the 2017 season as a whole – was not honoured