Aisling Crowe reports on a session that generated turnover of €1,442,600 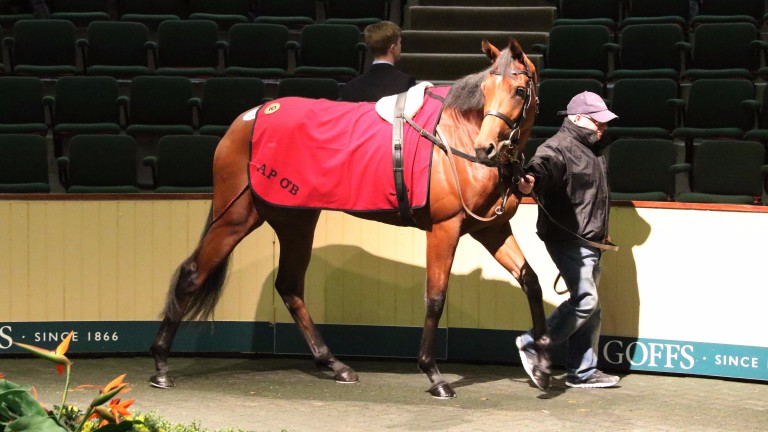 Fillies by the brilliant half-brothers Galileo and Sea The Stars bookended the one-session Goffs Horses In Training Sale on Tuesday by selling for six-figure sums.

The granddaughters of blue hen Urban Sea were the only two horses catalogued to change hands for €100,000 or more during the auction, which recorded declines in both the turnover and median figures of 15 and eight per cent respectively.

First of the highflyers through the ring was Sarrocchi, by Galileo out of the Listed winner Thai Haku, a daughter of Oasis Dream. The unraced two-year-old was consigned by the all-conquering Ballydoyle and she caused a bidding war between prolific purchaser Zhang Yusheng and trainer Fozzy Stack.

"She's for an established client," Stack reported. "She's a lovely filly by a sire you don't get the chance to buy many by. She has a nice pedigree to go with it and hopefully she's a nice prospect for next year and beyond."

Six lots into the sale, Stack also went to €52,000 for an unraced and unnamed son of the multiple champion sire Galileo. The chestnut colt is a three-parts brother to Harba, the Frankel filly who is a multiple winner this season for Al Shaqab Racing and William Haggas.

A wildcard entry for the sale was Rionach, a two-year-old Sea The Stars filly who lit up the ring as proceedings drew to a close.

Trained by Joseph Murphy, she was placed on her last two starts and is out of the Listed-placed Forest Crown, a half-sister to Racing Post Trophy winner Crowded House and to the dam of this year's Group 1 winner Brando. Consigned by Highford Stud, Rionach was purchased on behalf of Robert JW Moran Racing for €140,000. 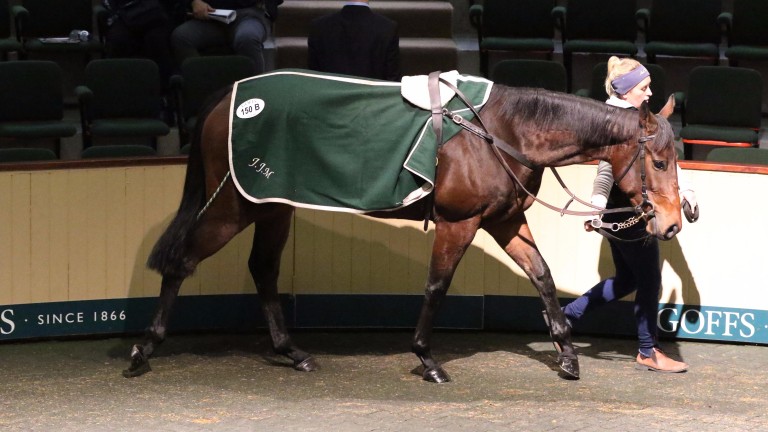 Rionach in the Goffs ring before being bought by Robert JW Moran Racing for €140,000
Peter Mooney

Ger Lyons' Glenburnie Stables sent a strong collection of winners to the sale, with two of the top five lots and three of the ten most expensive horses sold on Tuesday coming from the trainer's draft. Eight horses sold from Glenburnie Stables for an average price of €36,250, more than twice the sale's average of €16,774.

Most expensive of the Glenburnie horses was the Elusive Pimpernel gelding Erratic Path, a winner from just three starts, who was bought for €85,000 by agent Kevin Ross on behalf of owner Chris Jones. The three-year-old won't be going far, as he will move across Meath to the yard of Gordon Elliott.

"We bought him to replace Mega Fortune who unfortunately died recently," said Ross. “This horse has only had three runs and he goes on soft ground, is by a sire we like and he has the right profile. He's a grand big, scopey type with a high rating."

The final horse to go under the hammer, another wildcard, was Thunder Crash, also from Lyons' yard. Twice a winner this season, the three-year-old son of Footstepsinthesand was purchased by Richard Venn for €66,000.

Trainer Robbie McNamara purchased the third of the trio of Lyons’ horses that made at least €50,000. The young trainer paid that figure for Sandstorming, a four-year-old son of Zoffany who won twice this season and is a half-brother to three more winners. 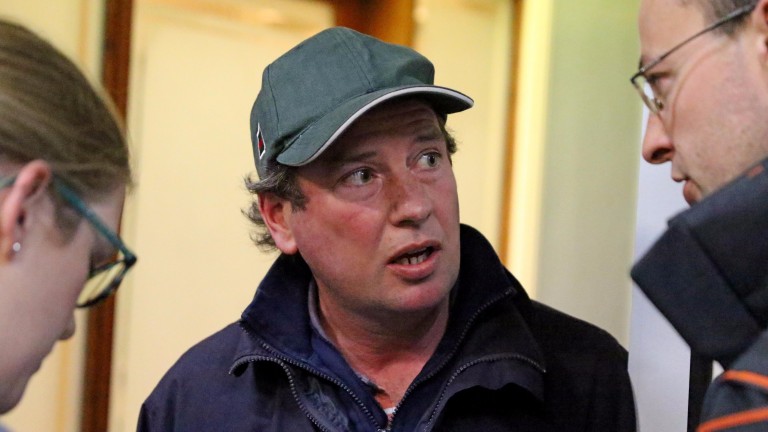 Bidding on the Listed winner Lord Yeats stalled at €240,000 and owner Geoff Turnbull will now keep the four-year-old in training with Jedd O'Keeffe. The the trainer has mapped out a continental spring for the four-year-old.

"He'll go back to the farm for a holiday now and, after that, we have options in France and Germany for him next year," said O’Keeffe.

The Turnbulls, who enjoyed success on Champions Day with Lord Glitters, said that their globe-trotting Grade 1 winner Mondialliste took up residence at Elwick Stud at the start of the week in preparation for his stud career.

The Arlington Million and Woodbine Mile hero is the first stallion to stand at the family's farm and they are excited about the future.

"It's a new venture for us and we're looking forward to supporting Mondialiste at stud and buying and racing his foals," said Nick Turnbull, son of Geoff.

Turnover of €1,442,600 was down by 15 per cent from last year while the average showed a slight improvement of just over one per cent.

Goffs continues selling on Wednesday with the start of the two-day Open Yearling Sale.

FIRST PUBLISHED 8:14PM, OCT 24 2017
This horse has only had three runs and he goes on soft ground, is by a sire we like and he has the right profile. He's a grand big, scopey type