Gainesway's Graves among the intrepid traders hoping for Saratoga success

Michele MacDonald gets the lowdown on some bold pinhooks 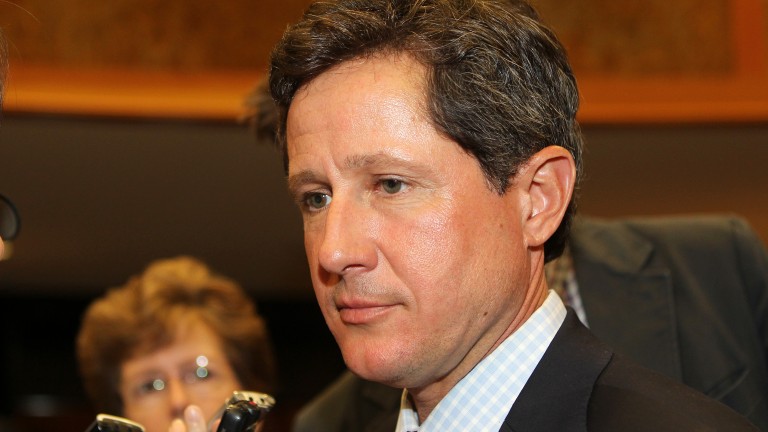 Pinhooking foals to be resold in the spotlight of the Fasig-Tipton Saratoga Selected Yearling Sale takes sizeable measures of money, skill and luck.

Despite the considerable challenges, however, there seems to be no shortage of people willing to play this high-risk yet potentially high-reward game, and approximately 25 per cent or so of the typical Saratoga catalogue consists of pinhooks, with this year being no exception.

“One thing people like about Saratoga is that it has been a very successful sale for pinhookers,” observes Fasig-Tipton vice president of sales Bayne Welker jnr. “You can see people who are out there buying weanlings, who had good luck [selling previous weanling buys at Saratoga].

It’s given them confidence over the years that they can pay [for top weanlings] and they can come back and be rewarded in the marketplace.”

Based on 2017 results, one of the best to emerge at pinhooking for the Saratoga sale is Brian Graves, director of public sales for Gainesway, last year’s leading Saratoga consignor.

In 2016 Graves bought three weanlings for a total of $985,000 on behalf of investors he describes as primarily friends, family or colleagues. They were resold as Saratoga yearlings for a combined $2 million.

“I just focus on the physicals,” Graves says of his strategy. “I try to buy weanlings by stallions who are emerging and can get hotter. For instance, I bought a Quality Road colt last November who we brought here to sell and, clearly, he’s emerging as one of the top stallions.

"I also try to buy horses who are racehorses at the end of the day. When you can actually accomplish that, I think people then have faith and that can help your horses sell better, too.” 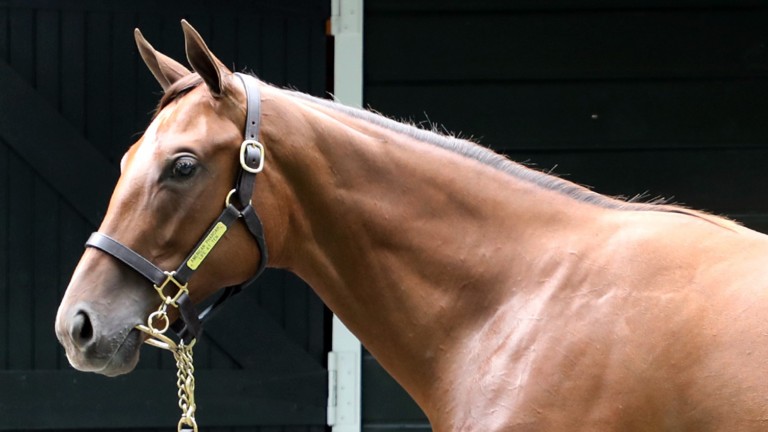 Hip 26, the American Pharoah filly out of Life At Ten pinhooked for $500,000
Fasig-Tipton Photos

Graves often buys pinhooking prospects under the names Blue Sky Stables or Clear Ridge Stables. One of the Blue Sky purchases that has been consigned by Gainesway to the Saratoga selected sale is hip 26, a chestnut filly from the first crop of Triple Crown winner American Pharoah out of multiple Grade 1 winner Life At Ten, by Malibu Moon.

The filly cost $500,000 as a weanling at the Keeneland November sale but Graves says she has just improved since then.

“I think she’s a star," he says. "She’s just a beautiful filly, really leggy - just a picture of balance - and she’s a big-walking filly, really athletic. She’s done nothing but improve the whole time we’ve had her.

“I can just see her being a Graded stakes filly. She’s a very good representative of the Triple Crown winner and she’s out of a Grade 1 winner so we’re thinking she could do really well.”

Bred by Frank Stronach’s Adena Springs, the filly is from the female family of Tapit, Rubiano and Relaunch.

The Quality Road colt, produced by a half-sister to stakes winner Frolic’s Revenge and consigned to the Saratoga sale as hip 212, was a $330,000 weanling acquisition.

“He’s a beautiful mover, probably the best walking horse we have here - very athletic. He could be anything,” says Graves of the Medaglia D'Oro colt. “We’ve got a handful of other pinhooks here that are all nice - that’s why I brought them here because they turned out nice.

“I like to bring the best of what we have to offer here, probably for family reasons,” he adds, referring to the long tenure of his late father, Bill Graves, with Fasig-Tipton. “I’m excited to see how it turns out. We have a really good group this year; whether we turn out to be the leading consignor again or not, I don’t know, but I’m proud of the horses we have.”

The Gainesway pinhooking effort has evolved over the years but still encourages involvement of the team at the farm.

“[Gainesway President] Antony Beck started funding me in these ventures a long time ago, and over time we’ve just been able to grow it," says Graves. "It’s mostly just family and friends, not a big syndicate.

"A lot of the people on the farm, including grooms and my assistant, own pieces of the horses as well.”

Gainesway is far from the only enterprise to try to pinhook at the Saratoga sale. The Taylor Made Farm-affiliated Bloodstock Investments also has a handful of yearlings consigned to the Saratoga sale that are pinhooks.

“I really like this sale,” says Katie Taylor, who oversees Bloodstock Investments. “Horse-wise, a clean vet report here is very important, along with horses that can walk well and have a good mind. We brought seven up here and everything we brought is very tolerant and easy-going.”

Taylor says she likes to focus on weanlings with good size and big strides when selecting pinhooking prospects.

“A horse that has a naturally good walk with a big over-stride can overcome a lot of things,” she says. “We had [eventual Grade 1-placed multiple stakes winner] Flameaway up here two years ago for our package. When we brought him up here he had this big, kind of plain head, but as soon as he started moving, no one even noticed.”

This year’s Bloodstock Investments Saratoga pinhooks, all consigned through Taylor Made, include yearlings by Uncle Mo, More Than Ready, Will Take Charge, Lea and First Samurai.

Hip 33, an Uncle Mo colt from the family of Broodmare of the Year Weekend Surprise, cost $275,000 at the Keeneland November sale.

Top-notch conformation is perhaps the most important ingredient in trying to pinhook at Saratoga, Welker says.

"When you do that, in most cases -if something didn’t get in the way, vetting or otherwise - people have been rewarded, so they’re continuing to use this as a place to sell expensive babies.”

Spendthrift and breeders sharing the upside with Into Mischief

FIRST PUBLISHED 1:34AM, AUG 5 2018
A lot of the people on the farm, including grooms and my assistant, own pieces of the horses