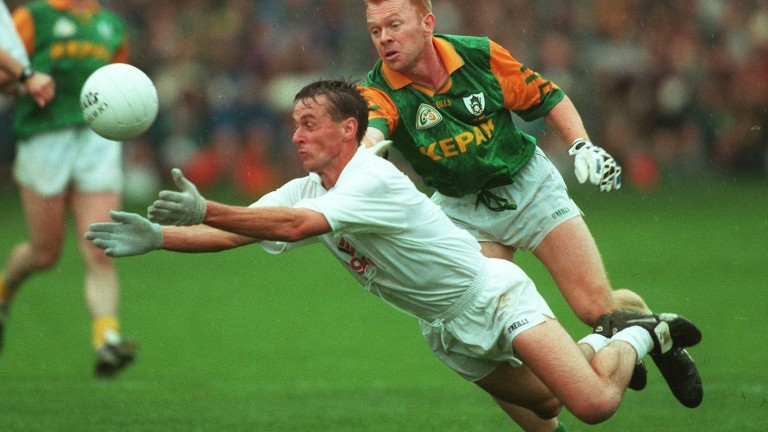 With County Kildare at the heart of the Irish racing and breeding scene, the strong connection between its Gaelic football team – known as the Lilywhites – and the sport of kings should come as little surprise.

Johnny McDonald, who pinhooked Thistlecrack from a foal to a store, donned the all-white strip in the 1990s, as did Group 1-winning Flat trainer Willie McCreery, who lined up for Kildare when they lost out to Galway in the 1998 All-Ireland Senior Football Championship final.

Another vital cog in the wheel of the 1998 team was Seamus 'Sos' Dowling, who played in four of the six championship games that season, and he too has been bitten by the racing bug.

Dowling is part of the DD Partnership – together with former Moorefield GAA teammate Paul Dempsey – that owns Moore Clouds, the winner of a competitive four-year-old mares' maiden at Durrow on Saturday.

Having made all, the promising grey readily pulled clear of her rivals from the second-last fence under Anthony Fox, to win going away by two and a half lengths.

The daughter of Cloudings has since been entered as lot 7 for the Goffs UK Aintree Sale, which takes place after racing on the first day of the Grand National meeting. 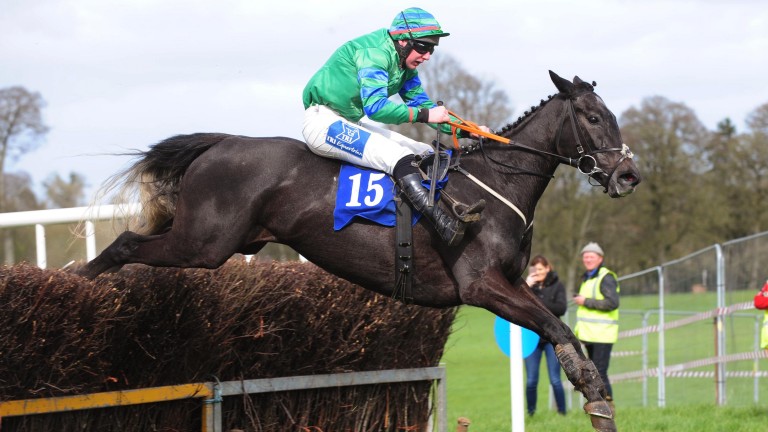 Both Dowling and the mare's trainer Peter Flood were quietly confident of her chances at Durrow, despite the level of competition to win four-year-old maidens in Ireland, and she was led back into the winner's enclosure by Dempsey wearing – what else – a Moorefield GAA jersey.

"We were hoping that she'd run well, that she'd be there or thereabouts," says Dowling.

"She's a good, solid mare and we thought she'd go close," adds Flood. "But the four-year-old maidens are so competitive now you never know what you'll be up against. She did it well on the day and hopefully she'll sell well."

The trio will all travel over to Liverpool on the Thursday, though not without making a few re-arrangements first.

Dowling says: "A crowd of us have been going to Aintree every year and have hardly missed a festival in the past 15 years. The plan was to go on the Friday, but then she made it into the sale."

The original plan was to sell Moore Clouds as a three-year-old, but Dowling and Dempsey changed their minds after seeking a second opinion from Flood.

"She was one of two that we bought as yearlings," explains Dowling.

"Our plan was to sell them as three-year-old stores. Then we kind of liked the look of Moore Clouds and got Peter, who's a good friend of ours, to have a look at her, and he said we should take our chance with her.

"Our idea then was to get her to run well in a point-to-point and bring her to the sales.

"When you buy them as yearlings and have them for three years, you put a lot of time into them and look after them like babies. And then for one to go and win a four-year-old maiden on debut, it's not easy as those races are so competitive.

Dowling has long been involved in racing and became a winning owner at Laytown courtesy of the McCreery-trained Queen Commander, while he was also part of the syndicate that owned Striking Sound, a Clonmel course specialist who won on the Flat and over hurdles. 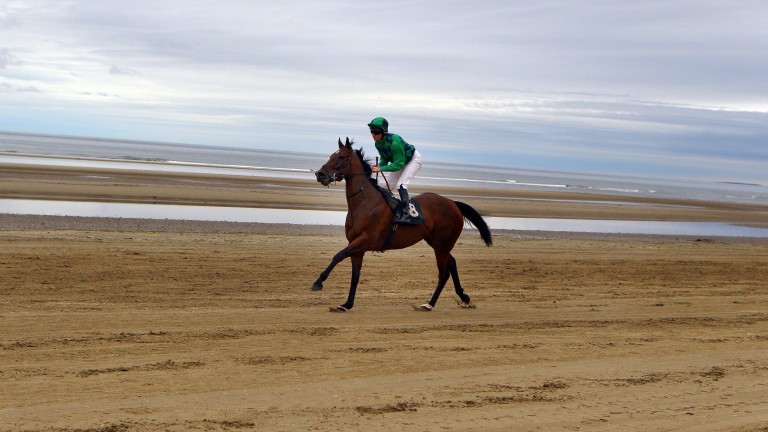 Moore Clouds is one of two winners out of the Rudimentary mare Wednesday Girl along with useful hurdler Going Gold, and hails from the same family as the late, great Grand National hero Many Clouds. Their sire Cloudings is now in the twilight of his distinguished National Hunt stud career at the Old Road Stud in County Waterford.

Dowling remains a selector for the Moorefield GAA senior football team, who he managed to a historic win in the 2006 Leinster Club Senior Football Championship, with Dempsey also still involved.

FIRST PUBLISHED 5:59PM, MAR 28 2019
When you buy them as yearlings and have them for three years, you put a lot of time into them and look after them like babies