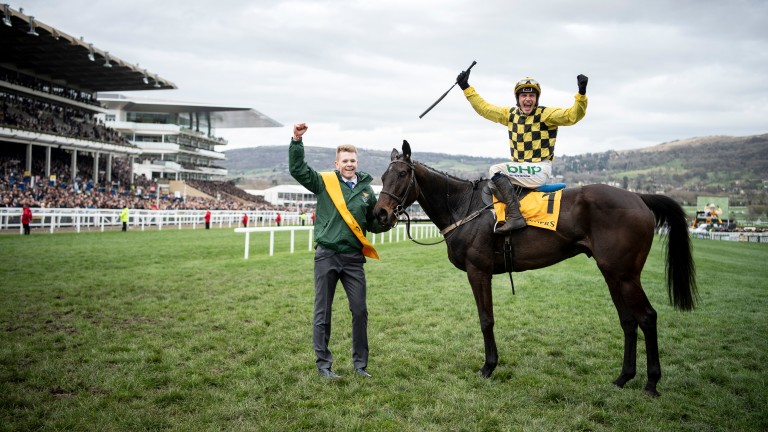 There were tears in the Rouchvarger household last Tuesday when Duc Des Genievres charged up the Cheltenham hill to give his sire, Buck’s Boum, a first festival triumph.

However, there was no crying when Al Boum Photo scaled the highest peak that British jump racing has to offer three days later.

If Willie Mullins seemed momentarily lost for words after so many years of coming up just short in the Gold Cup, what was the reaction from the husband and wife team behind the Haras d’Enki sire to such a turn of events?

“I watched in front of the television and on the first day I burst into tears,” says Esteve Rouchvarger. “The second time I didn’t cry because I couldn’t understand what had just happened. When you view the impossible it makes no sense to you. I thought I was watching the wrong channel! It was just extraordinary.”

Enki is situated on 80 hectares of the Vendee on the Atlantic coast, a far cry from the rented boxes Esteve and Christelle started out with near Vichy in the very centre of the country, when their original plan “just to breed” was overtaken with the notion of standing a son of the mighty Cadoudal.

In November 2008 Big Buck’s was arguably one of the most promising second-season chasers in Britain when unseating Sam Thomas at the last in the Hennessy.

Three weeks earlier his two-year-younger brother went down to none other than Long Run – another nascent champion by Cadoudal – in the Grade 1 Prix Cambaceres at Auteuil.

It would take another two years for him to reach the care of the Rouchvargers, by which time both Big Buck’s and Long Run were megastars, while Buck’s Boum had been largely forgotten.

“It was all quite bizarre the way it worked out,” recalls Rouchvarger. “When he was second in the Cambaceres, he still belonged to his breeder, Henri Poulat. Obviously after that race there were offers for him but, having sold Big Buck’s, he didn’t want to sell again.” 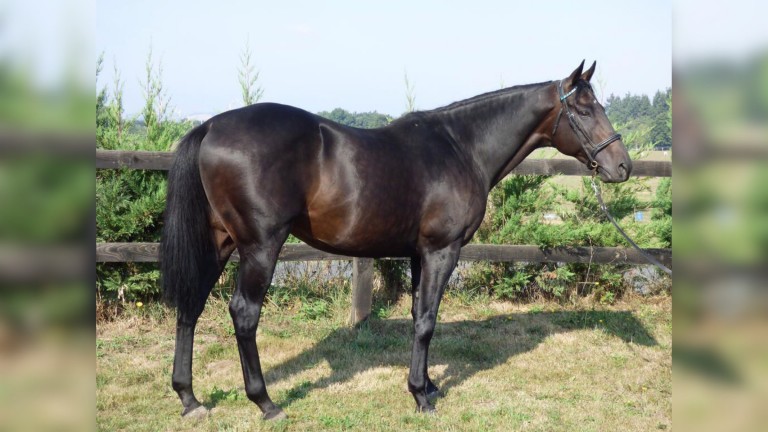 Buck's Boum: sire of Duc Des Genievres and Al Boum Photo
Haras d'Enki
A recurring knee problem which was never given sufficient time to heal meant Buck’s Boum never built on that effort and, while Rouchvarger’s first approach in the spring of 2009 was rebuffed, it was the young would-be stallion master to whom Poulat turned a year later when the major studs had gone cold on the idea.

“I went up to see the horse in Deauville and couldn’t afford to buy him outright so Monsieur Poulat agreed to keep a half share,” he adds. “He had been forgotten about really. A horse wins a big race and everyone talks about them but six months later they’ve moved on to another.”

Rouchvarger’s route to this point has been as an eventing rider and latterly working for the late Marc Boudot, trainer, breeder, and father to champion jockey in Pierre-Charles.

In other words they were unknown to the jumps breeders of France and, more pressingly, they were attempting to launch a stallion in a fiercely competitive industry where, as Esteve puts it, “nobody offers you a welcome present”.

He adds: “There was a lot of criticism of Buck’s Boum and people said he wouldn’t be a good sire, that Cadoudal was outdated. This business can be like that and the big operations can be very persuasive. So it was hard to begin with and he didn’t cover big books of mares.”

When Buck’s Boum stopped mid-season to be operated on for colic, rumours that he was sub-fertile began to circulate and Poulat saw his chance to get out for good, selling his half to Enki.

Certainly criticism ringing in their ears did little to dissuade the Rouchvarger clan from decamping to the other side of the country in search of a quieter life.

What did more than anything to quieten the doubters were the early results on the track.

From his first crop Favorito Buck’s won a division of the Listed Prix Finot at Auteuil, earning him a berth in the Paul Nicholls academy.

Al Boum Photo is from the same vintage and, in between an unlucky fall two out in last season’s RSA Chase and the infamous day he bypassed the last at Punchestown, provided Buck’s Boum with a first Grade 1 success at Fairyhouse.

At home Lou Buck’s was on the way to proving himself among the best four-year-olds in France last year before injury intervened. 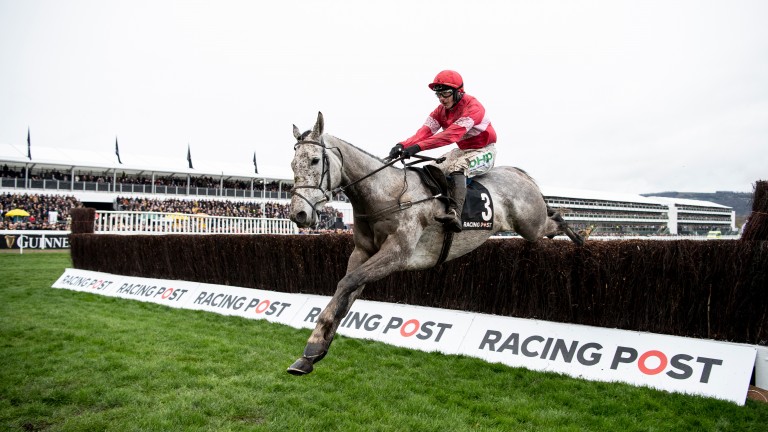 Duc Des Genievres: jumps the last fence to win the 2019 Racing Post Arkle Chase
Edward Whitaker
“For me our best chance at Cheltenham would have been [Henry VIII Chase winner] Dynamite Dollars [who missed the Arkle with injury] but I knew from talking to Pierre Boulard - who bought them both - that on soft or heavy ground both Al Boum Photo and Duc Des Genievres would be capable of improving on what they had shown so far.

“Quite some time ago Pierre told me that Willie Mullins viewed Al Boum Photo as a Gold Cup horse, though perhaps not this year.

“It might have been a surprise in the moment but when you look back it shouldn’t have been.”

Enki also stands Kitkou, an unraced son of Martaline who is also a half-brother to Kotkikova, a champion racemare in France who was sold to JP McManus and from one of the deepest families in French jump breeding. The Rouchvargers are hoping that lightning can strike twice.

“If you didn’t have dreams you wouldn’t do this for a living, you’d do something more rational,” says Esteve.

“You might say it’s against all odds but we always believed in Buck’s Boum. Maybe not in terms of what happened last week because you could never dream of that. But we always thought he would work out as a stallion.

“He might just as easily had the winner of the Prix Maurice Gillois if Lou Buck’s had made the race. But it wasn’t to be, it wasn’t the moment. Why not yesterday but today? I don’t know. But now is Buck’s Boum’s moment, that's for sure.”

Buck's Boum not for budging

The phone might not have been ringing constantly with breeders wanting to send their mares to Buck’s Boum in the early days but in the last 12 months there have been plenty of Irish and British studs keen to spirit him away.

Rouchvarger has been portrayed as stubborn in the face of commercial sense in some quarters but he is clear about the reasons behind Buck’s Boum staying at Enki.

“We have had a lot of offers but never one that really made us stop and seriously think about selling. They were never for what you would call a fortune.”

That might yet change but Esteve and Christelle have already shown themselves impervious to those who said Buck’s Boum would never succeed.

And Rouchvarger is not about to desert those breeders that did stand by them in the early days.

“It might make you smile but his price won’t be going up by all that much,” he says. “I’ve been lucky with him and I don’t need to be rich twice over. There are certain breeders who have helped make this stallion and I don’t want him to go out of their reach. His fee will go up but those that built his career will always have access to him.”

FIRST PUBLISHED 7:13PM, MAR 20 2019
When you view the impossible it makes no sense to you. I thought I was watching the wrong channel! It was just extraordinary